Every time I see a Romney sticker it’s like I’m looking at a strange unicorn. 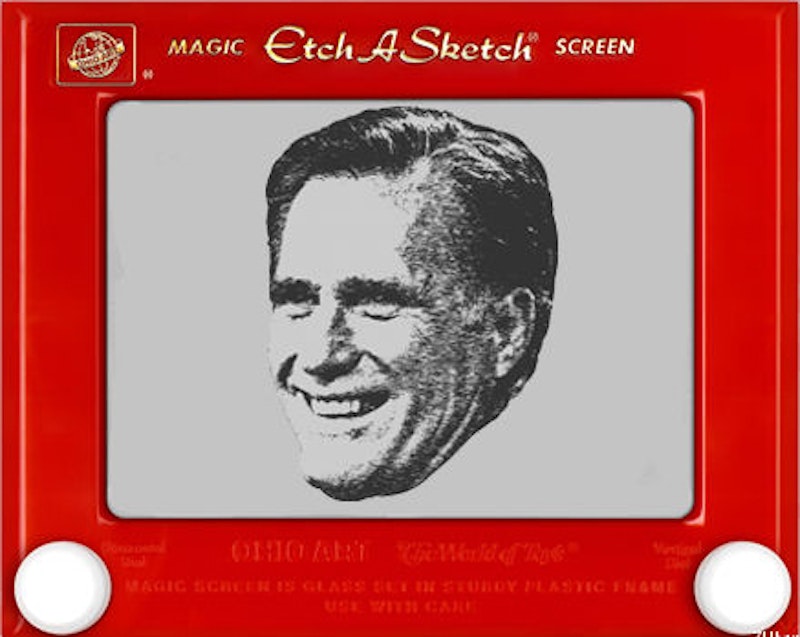 Last week I saw a pickup truck that had a Confederate flag on its back right next to a Romney sticker. Okay, so being from New York City, where it is not particularly wise to display your love for the Republican candidate unless you are hoping to have your car vandalized, every time I see a Romney sticker it’s like I’m looking at a strange unicorn. I think, “Wow, you mean there are actually people out there who can’t wait to vote for an advanced robot covered in a highly convincing outer layer of humanesque skin and facial features?” What idiots! Sarah Palin was a hot mess; Mitt Romney is just lame. At least Dubya was a cowboy! What could be more boring than an investment banker? Give me a break.

What I don’t understand, Republicans, is why you’ve allowed your party to veer so far to the right that it is literally out of touch with what America has become. You can’t be xenophobic and hate gay people and women when by the year 2050 white people and maybe heterosexuals too will all be so yesteryear! Not that Democrats—or any other politicians for that matter—are necessarily better or more rounded out, but why has the Republican Party specifically become one that places fear and hatred above ideas and progress? Your party is so bad that that if a person I’m friends with on Facebook “Likes” or posts something supporting Romney as a candidate, it’s off with their (Facebook) friendship. How can I be FB friends with somebody who wants to insure that I have as little rights as possible?

Now that I’m down here in Richmond, VA—the capital of the Confederacy no less!—where being a conservative on the streets and a freak in the sheets is de rigueur, I’m realizing that there are actually a ton of people who are so proud to be conservative and will do anything it takes to kick the black weed-smoking queer lover who may or may not have been born here out of the White House. It’s strange to move from a hot bed of liberalism to the front seat of conservatism, because you assume that everyone is liberal without realizing that, oops, there goes their Romney sticker. Just yesterday I was rolling down Grove St. and right near the Virginia Museum of Fine Arts I saw a bunch of dudes (none of them hot) toting Confederate flags and Romney stickers.

I get nauseous every time I realize that there are people who like Mitt Romney, that he could be the next President of the United States, a prospect that's scarily likely but also laughably unlikely. Your own political positions aside—like, you know, whether or not you think black people/old people/students/poor people should vote or that women's bodies have built-in control mechanisms that halt pregnancy at the time of rape—I just don't get who could be voting for a man that makes no sense and only speaks "Romney words." One day he's for health care, the next he's against health care. He'll say something one day, but the next day he doesn't recall what he said but he stands by whatever it was.

Every day the news hits us with new poll data that shows this candidate ahead by this many points according to this particular rubric, and so on. But those polls are anonymous, so we don’t know the make-up of the sample size. By now you know I’m going to vote for Obama, and not even Romney’s extremely hot son Craig could get me to do otherwise. What I am positively dying to know is not how many people are voting for Obama, but who are the people planning to vote for Mitt Romney?