When Your Friends Are Trump Supporters 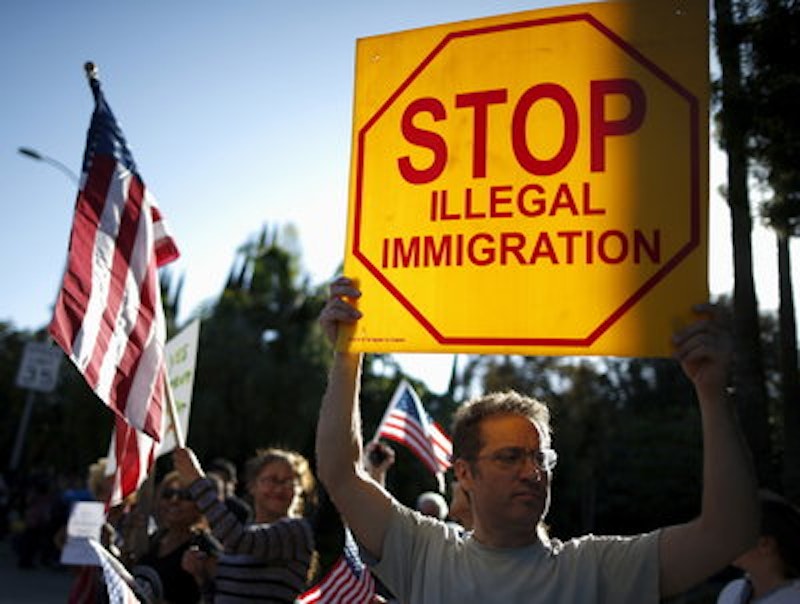 Looking back, there was a clear sign that Trump might actually win. On Election Day, an angry horde of bees circled our polling place, dive-bombing voters as they neared the front of the line. In the hour I waited to vote, two people were stung. Both were Clinton supporters.

In the months since the election, I’m slowly adjusting to life in Trump Bizarro World. Trump perceives Sean Hannity as Walter Cronkite, Vladimir Putin as Winston Churchill and The New York Times as “fake news.” In my own circle of family and friends, Trump’s hammer blows have wreaked havoc. My dental hygienist, a woman from Iran, cancelled a trip to visit her dying father in Teheran for fear she may not be let back into the States. My mom’s caregiver, a lovely lady from Belize, is terrified she’ll never see her family again. My wife and I wonder if we’re on the verge of losing our health insurance (we’re grateful for Obamacare) and my aging father is afraid Medicare and Medicaid are about to unravel.

I understand I live in a Los Angeles bubble and my views are out of touch with most of the country. What’s troubling is how many friends and family are now coming out as Trump supporters. It’s as if I’m suddenly in a scene from Invasion of the Body Snatchers where alien walk-ins have possessed those around me and no one is who they seem.

My grandfather always advised me to see the world “from someone else’s shoes.” In this spirit, I’ve opted to leave the shores of the familiar and take a journey to Trumpland. The voyage might be terrifying and I may lose my mind. But as a member of the losing team I’ve deigned to wave a white flag and ask the Trump supporters in my life to explain their views.

First on the list is my favorite cousin Dave. We meet at a Coffee Bean & Tea Leaf in Pacific Palisades. Dave’s a real-estate investor with properties all over town. He owns a beautiful home overlooking the Pacific Ocean and has two lovely daughters and an amazing wife. In the eight years under Obama, Dave did incredibly well financially, but he’s happy to see Obama go. When I ask him why, his answer is simple. Israel.

“Obama was an enemy to Israel. He opposed new settlements and refused to veto the UN resolution against Israel. He went out of his way to insult Netanyahu and made a stupid deal with Iran, Israel’s greatest enemy. Trump supports Israel and understands that a two-state solution is impossible. He realizes Israel is our only true ally in the Middle East. He knows you can’t negotiate with terrorists and you have to rule with strength.”

I ask Dave why half the Israeli population supports a two-state solution if it’s impossible.

“Because they’re stupid and weak. Too many Jews are self-hating. We live in an anti-Semitic world and if you don’t see this you’re blind. Only the strong survive. And Trump is strong.” I ask Dave his opinion about Trump’s advisor Steve Bannon, a supposed anti-Semite. “Bannon doesn’t hate Jews. He hates Muslims. Don’t let the liberal media brainwash you.”

Next on my list is Andrew, a basketball buddy who works as an Emergency Medical Technician. Andrew’s saved more lives than all my friends combined. He’s a strapping man from Ohio with a great sense of humor and a deep baritone voice. When I ask why he supports Trump, he morphs into Archie Bunker. “Gangs.  I’m tired of seeing the Mexicans and blacks kill each other. In the 14 years I’ve driven an ambulance in Los Angeles, I’ve seen almost a thousand gunshot victims. You know how many were white? Less than 10. I’m sick of it. Black Lives Matters is a terrorist organization but Obama made them acceptable. Now we have monsters hunting cops and illegals living off welfare. We need tighter borders. We need to keep out the illegals and put the gang members in jail. Trump’s the only guy who has the balls to make this happen.”

I ask him to expound on “the Wall” and who will pay for it. “Who cares? Once we keep out the Mexicans we won’t have to support them anymore. We can take that money and use it on border security. It might be a wall, it might be a fence… you should listen to what Trump means, not what he says.”

I parted ways with Andrew and met Lynn, an accountant from Orange Country. Lynn’s a devout Christian in her 60s who works for a software company. We met at a record company in the early 2000s. Despite our differing backgrounds, we became friends. Lynn’s support for Trump is based on his stance toward abortion. “I’ve always been pro-life. For the first time I see a chance to overturn Roe v. Wade. Trump is a wild card and I don’t like his attitude toward women. But Hillary was pro-abortion. There’s no way I could’ve voted for her. That’s why I voted for Trump. It’s the only way I could live with myself.”

Next is Jeremy, an artist I met at a local coffee house. Jeremy creates wall-sized assemblage paintings incorporating items found in junkyards. Given his aesthetic leanings, I assumed he was liberal. Then I visited his studio and saw a painting featuring an image of Obama morphing into a demon. I asked him to explain the imagery. “The devil is the father of all lies. He’s clever, handsome and charming. His smile melts our hearts and we let our guard down, unaware of his guile. This is how the false prophet gains control of the world. And this is how ‘Osama Obama’ allowed his minions into America. Trump sees what’s happening. He calls a spade a spade. We need someone rough and tumble to save us from the last eight years. Trump is our only hope.”

I parted from Jeremy feeling rattled. The final person on the list was Paul, a motion picture camera operator. We met while working on an independent horror film in the 80s. In the subsequent years, Paul worked his way to major Hollywood movies. He bought a house, got married and had kids. All was rosy until the digital revolution hit the film industry. Then his career slowed and good jobs became hard to find. “Obama seems like a good guy. But he hasn’t been a leader for everyone. I think in his heart he cares more about minority issues than the everyday struggles of white people. It’s not his fault. It’s his background. He was a community organizer and spent most of his time with poor blacks. They need help, I understand. But so do we. In the eight years Obama was in office, I’ve struggled. I used to work six films a year. Now I’m lucky to get one. It’s time for a change. Trump might be crazy but the world is crazy, right? Maybe crazy is what we need.”

Paul was reasonable in his support of Trump though his conclusions were correlational instead of causal. I understood his sentiments and why he wanted a new direction for the country. He has nothing to lose. Or so he thinks.

What did I learn? One, I’m a self-hating Jew. Two, I should “listen to what Trump means, not what he says.” Three, Obama might be the Anti-Christ. All the Trump-supporters in my life were white, over the age of 50 and homeowners. More importantly, everyone was normal (except for Jeremy) and just trying to do their best for their family and themselves. Trump might erect a wall but it’s important I don’t do the same.