I Can't Stay Silent Any Longer 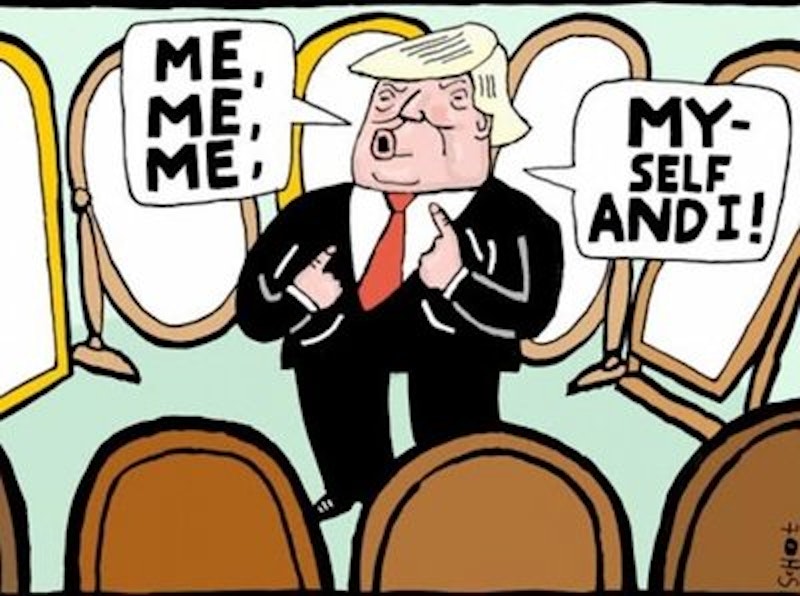 I’ve silently watched, writing about my kids and sea glass and reiki and other topics for months, as our nation has seen the transition of a new president. I’m not a political writer. But as a journalist, I can’t stay silent anymore, no matter how many people unfriend me on Facebook. After reading the news, I go to bed with a sick feeling in my stomach, and wake up feeling the same way. I’ll admit I’ve been embarrassed to be an American since Election Day. I don’t know how this happened to our country, but it did. We have a president who cares more about how many people attended his inauguration than how many people have health insurance. We have a Vice President who (along with the President) ignored hundreds of thousands of women who marched on Washington one day, then suddenly showed up a few days later ranting on Twitter like he was a Baptist minister instead of an elected official of the government. And don't get me started on the immigration issue. Isn't that how all of us got here?

The Twitter stream of Kellyanne Conway reads like a self-conscious middle school girl. Her complete lack of understanding of how journalism works is possibly best described in this Twitter exchange:

Completely unprofessional. We have @foxandfriends and Kellyanne chatting about the mainstream media, who apparently are supposed to be “reporting” only on things that Trump deems appropriate (and it’s just the beginning of media reports on Trump’s efforts to manipulate how the press will cover him). By the way, Kels, “opining” has long been a function of reporters.

And Press Secretary Sean Spicer? Who gives a crap how many people watched the inauguration? Half the first week of the presidency was spent talking about this. Spicer retweets his own whiny quotes like: “The media's default on every scenario is that it's immediately a negative and a failure.” They’re echoes of what Trump uttered on the first day of his Presidency as he referred to journalists as "among the most dishonest people on earth." His Tweets are daily reminders of his incredible insecurity, narcissism and mental instability.

Oh, and an aside for the Broadway fans: Lin-Manuel Miranda (creator/director/actor of Hamilton), I beg you. My kid knows every single word to Hamilton and so do a million other kids. You admit in the Rolling Stone interview that you left Benjamin Franklin out of Hamilton. It’s not too late. He deserves his own musical anyway and you can use America’s first newspaperman to tell the story of the importance of the First Amendment and the Declaration of Independence. It’s the creation of art that will get us through the next four years. The Saturday Night Live skits (I can’t stop watching SNL’s Kate McKinnon as Kellyanne Conway as Roxy Hart from Chicago) and Onion stories are a tonic after reading news headlines and terrifying Trump tweet-rants that make me worry some other country will nuke us out of fear Trump will nuke them first.

As an American, I don’t know what the next four years will look and feel like. It’s a national depression I’ve never felt before. If there were a way to move my family to another country, I would do it in a heartbeat. But running away and being a quitter isn’t a good lesson to teach my kids either. We have to stay and learn to be hopeful, positive and grateful for things more important in our lives than politics. Unfortunately, values that are very important to us—humanitarian rights, environmental rights and so many more things, are being stripped from the fabric of our nation.

When I read about the media blackouts the President has imposed on a variety of federal agencies and even tried on the Senate, press restrictions are one of the things that concern me the most. To what extent will he go to restrict the freedom of the press, to smash the First Amendment? I’m hopeful and confident that those efforts will only empower and reinvigorate the very media he and his staff insult daily. I just don’t think the world will let him get away with this madness.

I don’t want Trump to separate us as a nation, so I do my part. I don’t engage in discussion with people, real life or online, when it comes to politics. If I encounter someone I know who likes Trump, I simply don’t bring up politics. Why would I? When I’ve seen Facebook friends post about how much they love Trump, I’ve simply hidden them from my feeds. Because we share another common interest (kids, sea glass etc.), I do not unfriend them. If they read this now and unfriend me, I’m fine with that. I want to try to keep the peace, but I can’t stand to see pro-Trump propaganda in my social media feeds. We all have control over what media outlets and people we choose to follow.