There’s too much hysteria over picayune slurs and insensitive remarks. 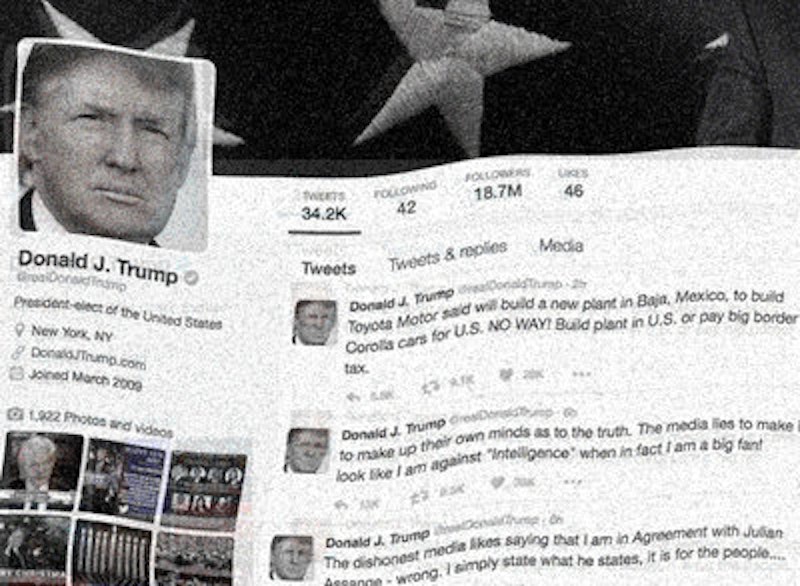 The time has come to ditch the indiscriminate loathing of everything Trump and focus. The way the opposition has gone has been highly discrediting: every inaccurate, hyperbolic or teasing tweet is another major psychological trauma. People have spent months focusing on things like an apparent increase in white power graffiti, a five-year-old Breitbart article, aerial shots of the Mall. But we’d better quickly sort out what Trump’s actually doing from tangentially related signs and symbols.

It’s characteristic of this era that people are confused between the symbolic and the physical orders of reality. A bad sentence, a slur, a swastika, a joke, or an insensitive remark is treated with as much outrage as a policy of detention and expulsion. The fictional trauma of hearing views you don't like on television is confused with the sort of thing that is happening right now to refugees and others at American airports. An attack by or on Meryl Streep seems important.

A pitiful example has been The New York Times' "Week in Hate" column, reporting hateful things “since the election of Donald Trump”: just about as fallacious a presentation as could be imagined. And most of what they've had, week by week, was graffiti at high schools. There has always been hateful graffiti at high schools, but perhaps more lately? Or there was a little outbreak after the election? Hard to tell: maybe people were just paying more attention. The suggestion is that graffiti writers have been “authorized” or “emboldened” by Trump's rhetoric: an amazingly vague and tendentious way of attributing responsibility for what never amounted to a hill of beans anyway.

Most people I know couldn't even bring themselves to watch Trump's inaugural address, which is just incomprehensible. Seeing views you reject expressed by a person you loathe, on television, is not something bad that’s happening to you. It’s not a trauma of any sort for anyone; at worst it's an irritation. But if your trauma and anger and sadness make it so that you can't even look at what is happening, you are merely disabling yourself, or trying to construct a fictional world for yourself and move in. You'll be safe in there, but safe from what? Some asshole gesticulating on television?

But detaining or expelling refugees, or returning endangered people to war zones and refugee camps: these are not quips directed at celebrities, miscounts of crowd sizes, or somebody painting a swastika. These are real traumas inflicted on real people on account of their religion, ethnicity, or place or origin.

Get over your repugnance for the fact that Trump expresses himself differently than his predecessors, or throws out casual tweets. He doesn't act the way you expect a president to, because you've got some kind of cult of the presidency going, on which the president is a symbol and not a human being. Don't waste your time being upset that you don't know what he might say next or that he hasn't focus-grouped every phrase to put you to sleep or vaguely manipulate your support.

Focus on what these people are doing. We can’t afford a years-long indiscriminate freak-out. We can't afford people hiding under the covers due to the trauma of what their country has become or some such drivel. We need once again to distinguish words from guns, pictures from policy, movie stars from activists, and so on.

We can't even focus primarily on what Trump might do, because now we need to focus on what he’s actually doing. We shouldn't lump every possible prejudice together and make Trump a white supremacist homophobic anti-Semitic misogynist Nazi: we need to focus on who’s attacked right now specifically. I say this is not primarily black people or gay people or Jewish people: it’s primarily Muslims and Latino immigrants. It's handy to make Trump a symbol of everything you loathe or anyone who has ever oppressed anyone, but that’s going to blunt your awareness of the specific things he's doing to specific persons and groups.

It's pretty simple, really. Focus on what's happening to human bodies, not on streams of words. Focus on what’s actually happening to whom, not on how you are feeling about the direction of your country: that's too wooly and self-indulgent, showing primarily that you had fantastic ideas about “your country” to begin with. Don't confuse the practical effects of policies on other people with how this all affects your feelings. Don't demonstratively enact maximum symbolic repudiation—NaziNaziNazi—but retain your composure and see what can be done on the level of physical reality.

I think the Trump administration has to be the end of postmodern metaphysics, of collapsing reality into words and pictures and stories. If you can't distinguish your own narratives from their detention, you're not going to be able resist effectively except on Facebook.