The shame of world hunger. 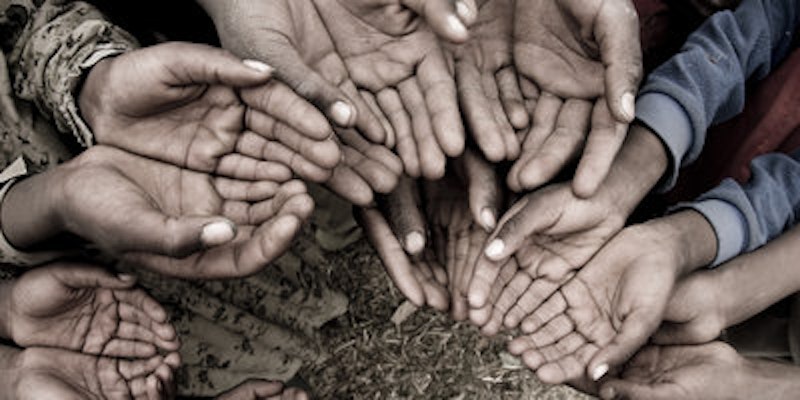 Recently, when most Americans were eating Thanksgiving dinners, the United Nations’ World Food Program announced that food vouchers to over 1.7 million Syrian refugees were suspended due to a cash shortage. Funds from the U.S. were enough to cover November, but as winter approaches in the makeshift tents and camps, other donor countries have failed to fulfill their financial commitments.

These people have no access to the labor market and, due to war and displacement, their lives have been destroyed. People around the globe go to bed hungry every night. One in eight people in the world suffer from chronic undernourishment and children are the most affected, often suffering up to 200 days of illness each year.

The world produces enough food to feed everyone. In fact, world agriculture produces 17 percent more calories per person than it did 30 years ago. Despite all other causes, an unequal distribution of resources and control over income is the primary cause of hunger. Most of it is due to military, political and economic power that typically ends up favoring a minority of people who live well while others barely survive. We should be ashamed that world redistribution hasn't happened yet.

You don’t need to look halfway around the world to witness hunger. Just last year The Washington Post ran an article about school buses delivering lunches to children in Appalachia during the summer months when their free school lunch programs had come to an end. The children would sit under trees on the roadside waiting anxiously for what would be for some the only meal of the day.

Our country needs to put food problems higher on our agenda. Forty percent of America’s field corn goes to biofuels because of subsidies that are offered to farmers. This drives up food costs and impacts water and land.

The conversation could go on forever about the causes and solutions to world hunger but people can look into their own lives to see what changes can be made. Being conscious of our food choices, which often lead to waste and poor use of resources, is one. The number of obese people suffering from their own health problems is roughly equal to the number of hungry people. Taking care of our bodies indirectly affects those who suffer.