The New Republic and Fan Entitlement

Hardly anyone is hurt by the changes at TNR. 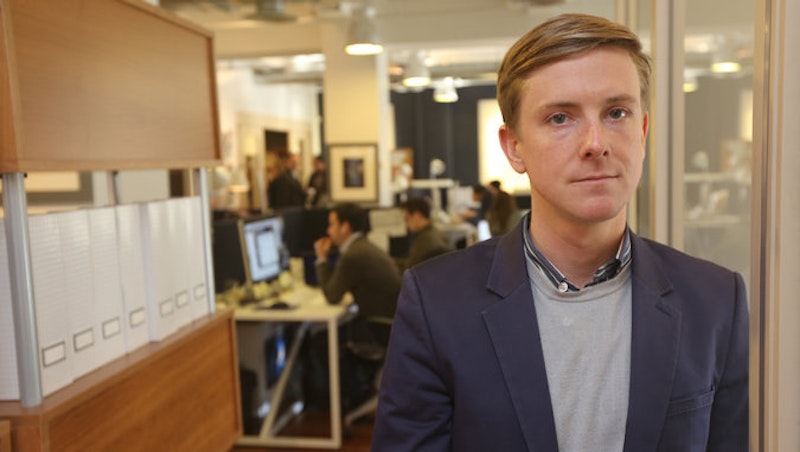 Anybody who’s a writer, or for that matter, anyone who’s ever been an employee, knows that working for soulless corporate overlords really sucks. Mercenaries who spew business gibberish while ignorantly micromanaging your prose and bathroom breaks can turn your job and life into hell. Having been there, I feel for the way that editor Franklin Foer and the staff of The New Republic writhed under the tenure of multi-millionaire Chris Hughes, who apparently bought the magazine as a lark, and treated his employees, from the editor on down, with contempt and a high-handed indifference for their talent.

Those who left TNR in the mass exodus last Friday, and even more those who weren't able to leave, for whatever reason, deserve sympathy. But those bemoaning Hughes’ firing of Foer seem to be asking for more than individual sympathy. They want institutional recognition. Hughes (in the view of Jonathan Chait) is not just a shitty boss. His main sin isn’t even treating employees badly. Rather, he's iniquitous because he's guilty of betraying the glory that was TNR. Chait waxes poetic about Foer's recent essay which "described how [TNR] was founded in Theodore Roosevelt's living room, and became, and remained, an essential foundation of American progressive thought." Ross Douthat, chimed in on twitter declaring, "This TNR news is bad for everyone."

Chait has long ties to TNR, and he knows the people who are miserable there (or were miserable) personally. It's understandable that he's passionate. But that's his passion. TNR was important to him—and, apparently, to Douthat. Does that mean it has to be important to "everyone" else?

It doesn't. On the contrary, as Max Fisher and others have pointed out, lots of people have good reason to see TNR as somewhere between actively awful and irrelevant to their interests. The magazine has a crappy record on race, starting with its publication of the notorious first draft of Charles Murray's pseudo-science attack on intelligence in The Bell Curve, running through owner and editor-in-chief Marty Peretz's periodic racist screeds, and continuing on to today in the magazine's remarkable lack of diversity, which is extreme even by the standards of the Beltway press. (In fairness to Peretz, it should be acknowledged that he hired some of the magazine’s best writers when he bought TNR in the mid-70s.) Of the 30-plus contributing editors, editors and writers who resigned on Friday, the only black was John McWhorter.

Seth Stevenson sniffed at diversity concerns, pointing out that other magazines have similar problems. "The Internet has an astonishing, often depressing ability to turn any topic into a fevered, reductive spat about race, or gender, or both," he said. "Sometimes this is understandable. Or even, on occasion, fruitful. Here, it is neither."

That's a pretty aggressive, even though it’s couched in the language of bipartisan rationality that TNR so loved. Those mourning TNR aren't just saying these people were treated badly and that sucks. They're saying I’m a fan of TNR, and if you’re not a fan, then you’re not serious, and probably stupid.

People talk about fan entitlement in geek communities and sci-fi and video game circles, and that entitlement absolutely exists. But even in that context, there's something breathtaking about snooty centrist intellectual mag fandom. TNR fans demand not only the product they want edited by their buddy. They also demand that the world in general—not excluding those people they've deliberately insulted and ignored—should rush to genuflect with them at the altar of universal journalistic quality. And then, having displayed their insularity, cluelessness, and general mean-spiritedness, they have the temerity to turn around and wonder why people are not necessarily upset about the demise of that which they hold dear.

Again, it's unfortunate that people at TNR are treated badly, because no workers should be treated badly. But as far as the magazine itself—given the hectoring pompousness of its defenders, it's hard for me to say anything but "good riddance."