Casualties in the War on Campus Rape?

Highlights from Emily Yoffe's look at the battlefield. 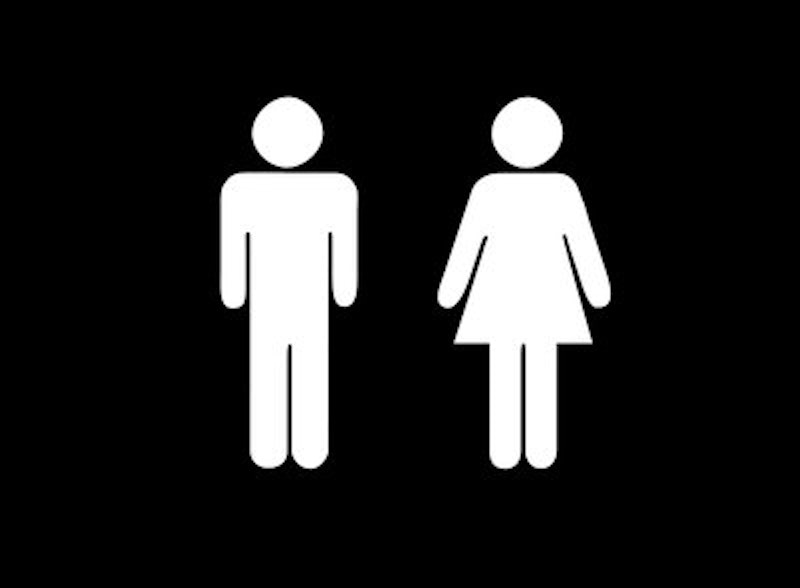 College administrators are really bad at justice. That's the firmest conclusion we can draw from Emily Yoffe's “The College Rape Overcorrection,” a long piece at Slate that looks at the new order in handling rape cases among undergrads. For years, rape victims were backhanded by college discipline systems. Yoffe says that now it's the boys who get backhanded, not the girls who accuse them. The changeover stems most directly from new policies at the top, meaning the federal government. As fans of Barack Obama know, the President has saved the world economy and greatly curtailed America's health insurance mess. But he has also let the NSA run wild and he dug in his heels against the Senate torture report. Going by Yoffe's account, we can add the railroading of college boys to the bad Obama's roster of crap.

The Education Department has found a new use for Title IX, the piece of federal legislation that forbids federal money from going to schools that deny their students an equal education because of gender. If a college or university wants federal money, and almost all of them do, it now has to judge sexual assault cases by the standard known as “clear and convincing evidence.” If campus authorities look over a case and decide that 51 percent of the evidence points to guilt, then the defendant is cooked. Schools aren't part of the criminal justice system, of course, so they never used the standard we're all used to, “beyond a shadow of a doubt.” But Yoffe tells us that “many schools” used the standard known as “preponderance of evidence,” which is in between. Now they don't, and they have a powerful motive for cooking defendants. An accuser who doesn't like a proceeding's outcome can file a Title IX complaint, a move that stinks up a college's reputation and (depending on the outcome of the complaint) could ruin its finances.

Exhibit A. Yoffe's centerpiece is the tale of Drew Sterrett, a boy who left the University of Michigan because of the restrictions he faced after he was found to have had sex without the consent of the girl accusing him. The boy, of course, says there was plenty of consent. So does his roommate, who was trying to get some sleep in the next bed and sent the boy a Facebook message (dated and time-stamped, naturally) to complain about the noise. According to the girl's roommate, the girl showed no qualms about the night until months later, when her mother found the girl's diary and hit the roof. It was after this discovery that the girl went to campus authorities. Unfortunately, Yoffe doesn't address why crying rape would help the girl with her mother if she had written up a non-rape version of events.

The boy is now suing the school for denial of due process, and Yoffe's account is based on the documents filed in the case. The girl's lawyers told Yoffe that she disagreed with the boy's version of events and would have nothing more to say. Still, an affidavit filed by the girl does help the boy's side of things. During the school's proceedings against the boy, it formally notified him that two witnesses (both nameless) reported that the girl told them she had tried to push the boy off her. The girl said she didn't know who they might be, and that in her initial statement to the university she had not said anything about trying to push him off. According to the university, “The Complainant framed the events in question as a sexual assault to witnesses the day following the event.” The girl said she had done no such thing.

The boy's roommate also pointed to a misstep by the university. According to the school, the roommate reported that his friend had confessed to violating the girl. The roommate answered this claim by filing an affidavit with the university, one in which he said no, he had said only that the boy had expressed regret about having sex with somebody in the gang, their circle of friends. The affidavit also affirmed that the roommate had been awake all night, and had heard plenty but had not heard the girl say no. At that point, near the end of the process, the university changed the rationale behind its charges against the boy. He hadn't forced himself on his victim, it said, but she was drunk. The girl's court affidavit gives them some grief on this score. To use Yoffe's phrasing, the affidavit says she “had been drinking” but “was not incapacitated.” For its part, the university says that the boy was allowed to go through the school's full appeals process. But that doesn't do much good if the process amounts to a multi-stage kangaroo court.

“One in five,” etc.  Of course, the rape crisis might justify desperate measures. But is there a rape crisis, as opposed to a rape problem that has been allowed to fester? President Obama, Vice President Biden and Sen. Kirsten Gillibrand of New York have all been flourishing some powerful statistics to make their case. But Yoffe finds that the numbers have their dodgy side.

First, there's “one in five,” the claim that one in five coeds will have been raped, groped or otherwise sexually interfered with by the time she graduates. Problem: “We don’t think one in five is a nationally representative statistic,” says Christopher Krebs, the researcher who led the federal study that produced the number. After all, the researchers looked at just two schools. Which two schools? One would really like to know, but the report doesn't identify them. And why do a federal study of a national issue but arrive at findings that can't be applied nationwide? Curious again, but no word is offered.

Then there's “one in four,” the claim that one in four college girls will have been raped. That comes from another federal study, one that found a combined rate of 2.8 percent for rapes and attempted rapes among respondents. The study was done during the spring semester, so the researchers boosted the number to match what they thought a full 12 months would bring, a choice that their report calls “problematic” because an academic year is usually less than 12 months. They then multiplied by five because on average a student takes five years to graduate. Such maneuvers may or not make sense to non-researchers, but a footnote to the report says carefully, “These projections are suggestive.” It continues that, to “accurately” gauge how much risk a woman faces throughout her time in college, the study would have to pick some women and then track them until they graduated. Why didn't the study do that, and why doesn't the government do such a study now, and what is the point of a study whose report has to call its findings “speculative”? These are the mysteries of research, but in the meantime there's a figure that can be thrown around.

Another killer statistic is the claim that 90 percent of campus rapes are committed by repeat offenders who plan what they do. The corollary is that any boy who's fingered is odds-on to be a habitual predator, not some horny adolescent with his side to a messy story. Yoffe tells us the paper that produced the figure is considered “foundational” and has been referenced by Obama on down. Its author, Professor David Lisak, conducted the study where he teaches, at the University of Massachusetts Boston. In Yoffe's phrase, this is “an urban commuter school with no campus housing,” making the school and its student body rather different from most. “Many students are older working people returning to or just starting college,” Yoffe writes. “Currently, 30 percent of its students attend part time and the school’s four-year graduation rate is 15 percent. By comparison, at the state’s flagship university in Amherst, seven percent of students are enrolled part time and its four-year graduation rate is 60 percent.”

When Yoffe asked, the study's author “acknowledged that the only way to find out if his population differed from the usual typical student population would be to replicate his study at a more traditional campus.” But what else he makes of his findings is hard to discover from Yoffe's article. She writes that Lisak “says it’s likely that any young man who is accused of sexual misconduct on campus is a serial predator.” She also writes that she asked him “whether it was fair to presume any given accused student is a serial predator. He said such a supposition would be 'sloppy thinking.'” One thing feminists ought to consider: Lisak sees no point to telling habitual and determined rapists not to commit rape. The objection does seem plausible, and it runs straight into feminists' current position that campus indoctrination programs ought to tell boys not to rape, as opposed to telling girls how to keep rape from happening to them.

Yoffe finds one statistic that’s not been put forward by the people who say there's a campus rape crisis. She says that most studies don't compare “the victimization rates of students to non-students of the same age,” but one did and found that the campus may not be the right place to focus. “Non-student females are victims of violence at rates 1.7 times greater than are college females,” the report says. And: “Even if the definition of violence were limited to sexual assaults, these crimes are more pervasive for young adult women who are not in college.” The study's co-author, Professor Callie Marie Rennison at the University of Colorado Denver's School of Public Affairs, remarked, “Maybe that’s not a really popular thing to say.” No doubt it isn't, but we're left with the question of the other studies that compare student and non-student rates. Yoffe's wording (“most”) implies that there are at least a few of these studies, but we only hear about the one.

Summing up. Another professor interviewed by Yoffe may have had the most pertinent observation to make. He's Professor James J. Cochran, who teaches applied statistics at the University of Alabama. Yoffe writes: “People tend to think that a single study is definitive, Cochran told me. But generally what a single study tells you, he said, is that 'we [have] evidence of something interesting, let’s study it more.'” That's not a new discovery. Decades ago I read the same thing when doing library research to discover whether Transcendental Meditation was worth my hard-earned money. (My conclusion: no.) Between them, Obama and Biden and Gillibrand have 70 or 80 years' experience of wading into policy matters. One suspects they're aware of the caveat.

A single figure does look solid, and it wasn't dredged up by sociologists. Even as colleges start to put the hammer on accused sex offenders, the accused have started to fight back in classic fashion. Yoffe: “The higher education insurance group United Educators did a study of the 262 insurance claims it paid to students between 2006 and 2010 because of campus sexual assault, at a cost to the group of $36 million. The vast majority of the payouts, 72 percent, went to the accused—young men who protested their treatment by universities.”