Blacks Were Not Just Victims 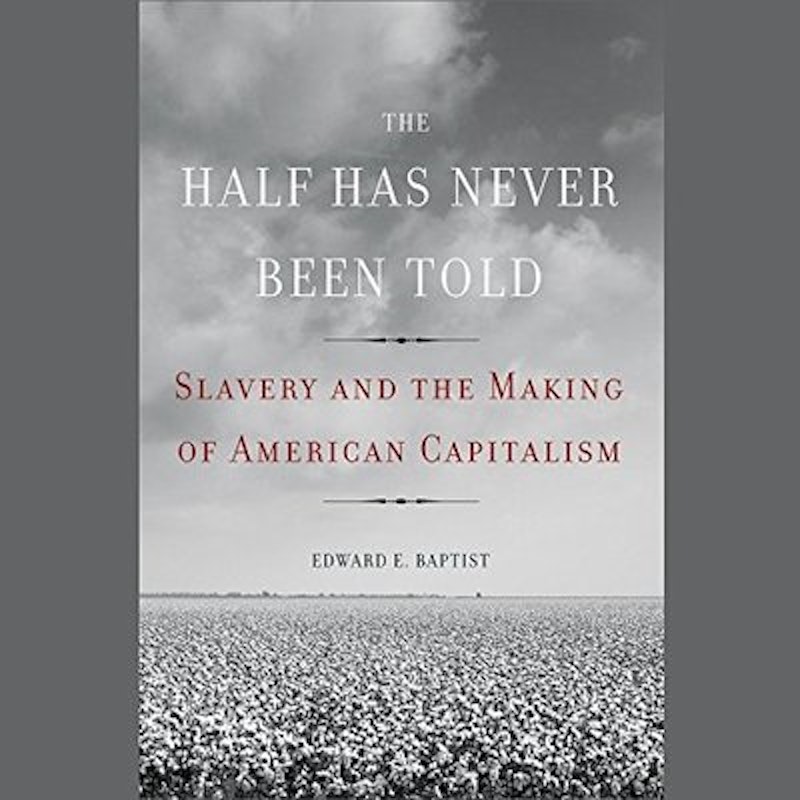 "Mr. Baptist has not written an objective history of slavery. Almost all the blacks in his book are victims, almost all the whites villains.” That's perhaps the most jaw-dropping line in the Economist's review of Edward Baptist's The Half Has Never Been Told: Slavery and the Making of American Capitalism, in which the acclaimed British magazine muses woozily that maybe slavery wasn't all that bad and scoffs at the testimony of slaves who said, you know, being chained and whipped and raped and forced to work at back-breaking labor was in fact as horrible as it sounds like it would be. The review was so utterly racist and awful that the Economist had to withdraw it. As Baptist himself put it, the article was "kind of a caricature of The Economist, the stodgy upper-class British twits."

The Economist is right to have been ashamed of that review. But at the same time, the complaint about the fact that the black people in the book are all victims resonates. Critics of film and popular slavery narratives have often pointed out that Hollywood loves white saviors. Whether it's John Quincy Adams in Amistad, Lincoln in Lincoln, Robert Shaw in Glory, or Brad Pitt in 12 Years a Slave, black people are always being helped out of brutality and despair by some iconic, awesome white person. Black people are generally cast as victims; somebody else gets to be the hero—if not actually saving the slaves, then giving them a hand up (as in Glory or Django Unchained) so they can help themselves.

Does Baptist fall into this trap? Are all the slaves in his historical account victims?

No, they're not. On the contrary, Baptist takes great care to show that black people were not merely victims, and that it was their efforts, first and foremost, that ended slavery.

Slave rebellion, Baptist notes, was basically impossible in the United States, not only because blacks were mostly outnumbered, but because the political system, North and South, was committed to retaining slavery, and could martial overwhelming force to kill those who resisted. Still, whatever their power over black people's bodies, whites never seized control of their slaves' minds—and it was those minds, Baptist argues, which began the process which ended slavery.

"Year after years, night after night, survivors talked and listened, creating a vast oral history that was also an argument about the nature of slavery. One million tongues were providing anyone willing to listen with an explanation for why these things had happened to them, and who was to blame."

It was slaves themselves who named slavery as theft—of bodies, minds, hearts, relatives, and lives. White people said slaves were property, but slaves knew that white people were robbers and criminals. And that knowledge, Baptist argues, became the basis for the abolitionist critique of slavery—picked up by white men like William Lloyd Garrison from their discussions with black freedmen, who had carried it with them out of slavery. Baptist also recovers authors like David Walker, a vital advocate for violent revolution against slavery, who is generally left out of popular histories in favor of white abolitionist writers like Garrison or Harriet Beecher Stowe.

Baptist also emphasizes the importance of freed slaves in the Union army. As resistance to the draft increased and volunteers dried up, it was black people who turned the tide; "200,000… African-American men kept the faith," Baptist says, “becoming the increment that helped the war-weary Union to persist in its effort through 1864 and 1865." Almost a quarter of them, 40,000, died fighting for their freedom and the freedom of their families and their people.

If it were left to whites, Baptist makes clear, slavery would not have ended. It was up to blacks, first ideologically, and then by force, to create the conditions in which they could be freed. It's the Economist reviewer—and popular accounts—who think that because black people were victimized by slavery, all blacks under slavery were victims, and nothing but victims. Baptist's book provides a different story, one that, maybe, someone in Hollywood will read.