What About the Xenophobes?

Mark Krikorian continues to reveal himself as an idiotic bigot in The National Review. 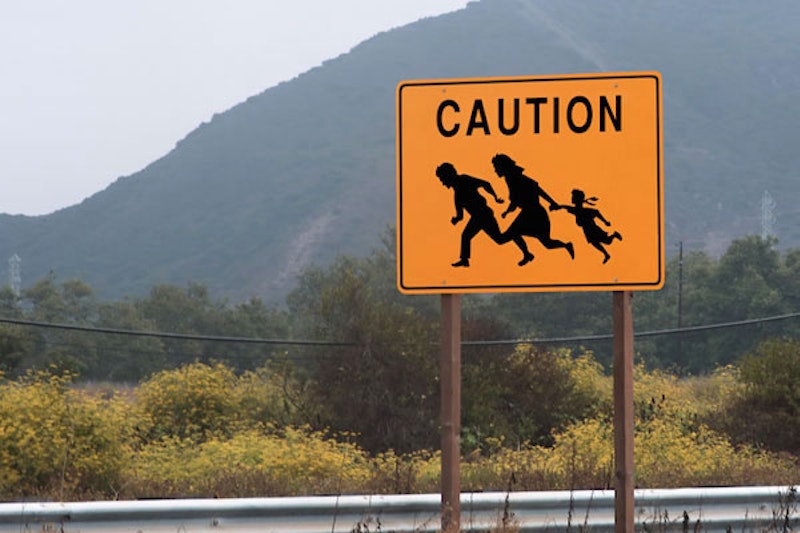 The National Review is often host to blatant racism and virulent stupidity, but a recent column by Mark Krikorian ignores code and demonstrates why the GOP is falling apart. Krikorian warns that legal immigration is the death knell of conservatism, not Donald Trump or Barack Obama. Trump is an oddball American hero, a performance artist currently in the process of exposing everything hateful and dumb about the Republican Party by explicitly stating what truly evil people like Karl Rove and the Koch brothers—and many of his presidential competitors—deign to speak in code. He’s doing Americans a favor by scorching earth and salting wounds that almost guarantees a Democratic victory in 2016. I’m puzzled that more progressives can’t see through Trump’s antics and take him at face value, but I’m delighted by how he’s got everyone on the right completely flummoxed.

Conservatives are showing their true colors, desperate to defend impossible positions while Trump is “literally killing them” in the polls and press. Krikorian is a xenophobe—he writes: “[I]f mass legal immigration is permitted to continue, the Right is finished regardless of what Trump does or says […] If the federal immigration program continues to operate at its current pace—about 1 million green cards issued per year—it will create nearly 15 million potential new voters over the next two decades, disproportionately liberal, as I will explain below. If Senator Rubio and the rest of the Republican establishment had gotten its way and the House had passed Chuck Schumer’s bill, the number of these potential new voters minted by mass immigration by 2036 would have been more than double that, over 32 million.”

Well, good. What’s your point? One concludes that Krikorian is anti-American—the phrase “melting pot” scares him. This country was founded by European immigrants that weren’t just violent but genocidal. Krikorian fears the same, and he’s psychotic enough to believe that justifying his xenophobia in regressive politics and obsolete ways of thinking will appeal to anyone reading The National Review—this is nonsensical Kentucky Clerk level bigotry.

More: “Environmentalism? The National Asian American Survey in 2012 found that 60 percent of people of Asian origin (overwhelmingly immigrants and their adult children) prioritize environmental protection over economic growth, versus 41 percent of the general public. A 2010 LA Times-USC poll found that both Hispanics and Asians are significantly more concerned about the environment than whites in California (who are themselves quite liberal on environmental issues).” This guy is out of his mind! How can you possibly prioritize economic growth over preserving the environment? This is impossibly 2004: anti-science, white supremacist, anti-intellectual and pro-war. In Krikorian’s world, no one wins: forever persecuted by murderous minorities, lecherous liberals, ghastly gays, and well-to-do women, the conservative white man scoffs in his study and coughs a phlegm glob into his pocket handkerchief before going out onto the portico for another smoke—rightly paranoid that this is not the future, this is not forever.