Freddie deBoer Is Not a TERF

Maybe that's not the most important issue facing trans people, though. 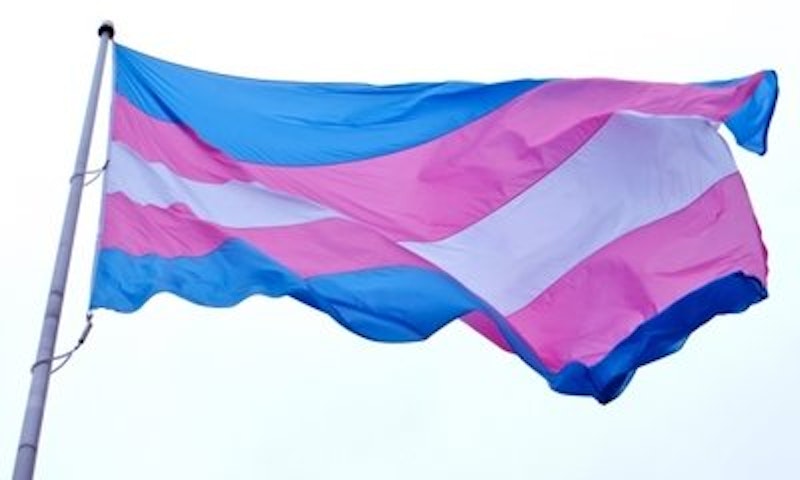 My particular sin, according to deBoer, is that I read his writing too closely, in order, he believes, to find fault with him, slander his name, and advance myself. In particular, I took exception to deBoer's stance on trans issues. deBoer wrote a tweet which said, "Amazing the way some people, in the name of trans rights, simply reinstantiate the gender binary." I responded (via a good bit of back and forth) that this sounded like deBoer was blaming trans people, and the push for trans rights, for the gender binary—which is to say, for the way in which male and female roles are seen as natural. This argument, that trans people, and trans women especially, are responsible for reinforcing gender roles, has a long history among Trans Exclusionary Feminists (often called TERFs.) I didn't accuse deBoer of being a TERF, but said that he seemed to be echoing their arguments, perhaps thoughtlessly, and that he should reconsider.

deBoer responded that I was misrepresenting his position, and (after further unpleasantness on both sides) blocked me. He then wrote his post about what an awful person I am, and expanded on his discussion of trans issues.

"I have noticed, recently, that a lot of people have expressed support for trans rights in a way that actually ends up as a kind of gender conservatism. They insist that trans people just are a particular gender, that they were born that way, and that this is biologically prescribed, unchanging, and out of their hands. It’s another example, in other words, of trying to argue for rights through a ‘they can’t help it, so we might as well let them do it’ philosophy. It’s conservative, in that it robs from individuals the right to self-define, and it’s all part of really noxious, destructive historical tendencies, echoing the tradition of eugenics. I heard someone on a local radio show asking about a potential future where we have a medical test for the “trans brain.” I don’t know what kind of vision that is—handing gender identity over to doctors rather than to individuals, the potential of someone being denied the right to the gender identity they choose because they failed some test—but it is not a vision of justice, equality, or progress."

So was I wrong (or in deBoer's view, disingenuous) when I said he seemed to be reinforcing TERF stereotypes of trans woman? I don't think I was. Neither does Katherine Cross, a sociologist and trans feminist. Cross told me on Twitter that deBoer, in the discussion above, had trotted out the "conservative trans discourse trope." She added, "I really wish cis people like him would ask why only certain discourses are readily available/visible to him instead of blaming us… I don't know a single trans person who sincerely believes in the ideas he attributes to us."

Now, it's quite possible that deBoer would say that Cross has misread him just as he says I did. He could argue, as he does later in the piece, that he is not a TERF, and that he is not blaming trans people, per se, but is rather taking aim at a particular argument used on behalf of trans people. If Cross and I see something else there, then we're wrong and he's right because, in his words "I am the only arbiter of what I believe." He says he’s committed to trans rights. He says, by implication, that he’s a good person. Therefore, his words must be evaluated through the lens of his goodness and his support for trans rights. Anyone who finds fault with him is impugning, and lying about, his essential integrity—meaning, not just his honesty, but his very selfhood. Trans issues recede into the background, to be replaced by the more riveting, more important assertion of Freddie deBoer's pure, gleaming individuality.

It's funny that deBoer is positioning himself against gender essentialism, because his argument here is fundamentally essentialist, and based in sweeping authenticity claims. deBoer is the one true arbiter not just of his inner state, but also of the meaning, the resonance, and even the virtue of his utterances. Gender may be a performance, but deBoer's political stance on gender is so thoroughly true and inviolable that only deBoer is able to pronounce on it. His own consciousness, down to the very bottom, is absolutely clear to him, and only him. Those who contest the meaning of his words—who suggest he has picked up, carelessly, and without sufficient thought, some anti-trans tropes—those people are not just incorrect. Those people are liars.

I don't know what's in deBoer's heart. I'm not a mind reader, nor an angel, to judge his soul. He says he supports trans rights; I have no reason to disbelieve him. But I don't have a reason to disbelieve Katherine Cross, either, when, as a trans woman, and someone who has written and cares deeply about these issues, says that deBoer's rhetoric is familiar to her, because she has seen that sort of prejudice before.

deBoer has made something of a career out of identifying what is wrong with the left. I have no such expertise—and for that matter, I don't know that there is anything particularly wrong with the left. I think, for example, that the left is correct that words and thoughts matter, and that prejudice and stigma aren't just in individual minds, but in societies, structures, discourses, and trains of thoughts. Meaning isn't just in individual brains; it's in histories, cultures, in words and listeners.

As long as that is true, no one is, in fact, the only arbiter of what they believe, because beliefs are not merely internal. They do work in the world. For people like deBoer and me, there's a powerful incentive to insist that our beliefs, and our clarity and certainty about our own intentions, make us unquestionably virtuous. But I'd suggest that instead of trumpeting our self-knowledge, it might instead be worth taking a moment to listen to the people on whom our beliefs work, when they tell us our beliefs are working on them.