Wall Street Journal columnist Bret Stephens lets disgust get the better of him. 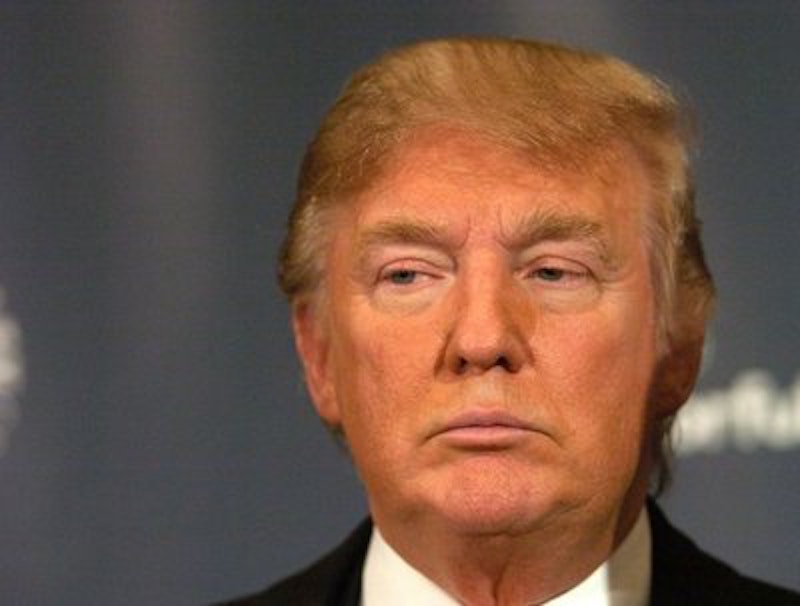 Who isn’t a sucker for provocative, snappy, one-sentence openings from an op-ed writer whose work you’ve admired for years? This week, Bret Stephens, the Pulitzer Prize-winning “Global View” columnist for The Wall Street Journal, began his rhetoric-on-steroids article about Donald Trump with a righteous shot to the gut. Stephens: “If by now you don’t find Donald Trump appalling, you’re appalling.”

The remainder of the piece is a rational point-by-point denunciation of Trump and the harm he’s inflicting on the Republican Party in particular, and conservatives in general. I disagree with none of what Stephens writes: the attention-whore, who’s bested the media for a quarter of a century now, is distracting Americans from examining the serious policy proposals from the likes of John Kasich and Marco Rubio. And there are many funny one-liners, such as, “[Trump brandishes] a parade of semi-sophisticated theories that act as bathroom deodorizer to mask the stench of this candidacy.” That’s a bulls-eye assessment of the man who speaks before he thinks, regularly contradicts himself (sometimes in the same paragraph), and tweets scabrous insults about his GOP competitors and anyone else who isn’t on board with his vanity tour.

Stephens gets into Trump’s venomous xenophobia: “It says that we may soon have a conservative movement in which the American creed of ‘give us your tired, your poor’ could yield to the Trumpian creed that America must not become a ‘dumping ground’ to poor immigrants from Latin America, as if these millions of hardworking and God-fearing people are a specimen of garbage.” He says that Trump makes the late, and odious, Hugo Chavez, appear at least somewhat consistent.

But there’s a problem here: by denigrating the millions of possible voters who are currently intrigued by Trump’s demagoguery, Stephens simply gives the borderline psychopath more credibility. It’s never wise for an op-ed columnist to insult readers—and certainly there are those who follow The Wall Street Journal currently in Trump-mode—since it reinforces the repugnant candidate’s bleating on how the “elite media” are on a futile mission to destroy him. Trump laps up every single word that’s written about him: doesn’t matter if it’s positive, negative or wishy-washy. It gives him ammunition, and in that regard, I’d say Stephens should’ve reserved the bile he’s piled on Trump supporters for today’s shameless media culture, where ratings, clicks and dumb jokes take precedence over examining what the man actually says.

I don’t fall for the common trope among earnest journalists that “The voters will surprise you by their commitment and knowledge.” That’s just not true: most Americans, if they make it to the ballot box, are generally uninformed (and, in fairness, have other things on their minds) and easily swayed by advertising, a candidate’s appearance and what passes for charisma. As my brother Jeff once said while we were awaiting a flight to New Delhi at JFK International, “Take a look around. These are the people who elect the country’s leaders.” Stephens, at 41, is considered one of the premier columnists working today; he ought to know better. While it might’ve cracked me up, this sentence is counter-productive: “If you have reached physical maturity and still chuckle at Mr. Trump’s pubescent jokes about Rosie O’Donnell or Heidi Klum, you will never reach mental maturity.”

Twenty-three years ago, at an extended family gathering, I was dismayed upon learning that my Uncles Joe and Pete were taken in by the Ross Perot phenomenon. I asked them why, and they tripped over themselves in a rapid-fire explanation. They despised Bill Clinton for his draft-dodging, phony-baloney empathy and philandering, and were ticked off that President Bush had broken his pledge of “no new taxes.” Joe liked Perot’s blunt prescriptions to get America moving again—there was a mild recession at the time—and didn’t care that the Texan billionaire had never held elective office. Granted, Perot (a wack-job in my opinion) seems reasonable compared to Trump, but he was also on a self-aggrandizing mission. That November, Joe and Pete did vote for Bush, but weren’t happy about it.

I suspect, like Stephens, that Trump will eventually self-destruct—although it’s troubling that hasn’t occurred yet—but the WSJ columnist is smart enough to realize that in attacking those sucked in by the New York carney’s shtick he’s only furthering what’s commonly called “Trumpmentum.”