Not necessarily better than the competent kind. 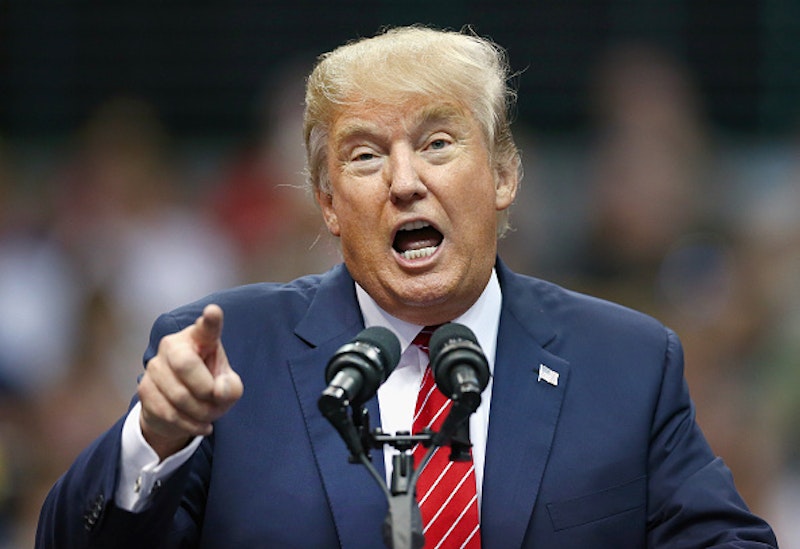 Donald Trump has won, and so post-election commentary has focused on the failures of the Clinton campaign. Lost in the recriminations is the fact that Trump's election effort was incompetent and chaotic. Campaign managers rotated in and out; the candidate was too lazy to prepare for debates and was trounced in all of them; the convention was lackluster and disorganized. Trump stumbled across the finish line with a popular vote loss—and immediately began fumbling through the transition. He doesn't even seem to have realized that he had to hire White House staff, and, inevitably, he's already shaken up his transition team. Getting rid of Chris Christie is of course positive—but what sort of fool thinks hiring Christie is a smart idea in the first place?

I'd like to find comfort in Trump's manifest ignorance and incompetence. His policies—including an unconstitutional, despicable Muslim registry proposal and a ramping up of deportation forces—are abhorrent. But he appears broadly ignorant of government process, unable to focus, and generally disorganized. Surely, his lack of leadership skills and management competence will doom his executive agenda much as it doomed all the businesses he tanked. Right?

Well, maybe. But Trump's incompetence didn't stop him from becoming president. With a Republican Congress, it won't necessarily stop him from enacting his legislative priorities, either, no matter how unconstitutional or ill-formed.

The truth is, we've already had a dry run at incompetent authoritarianism with George W. Bush. Bush wasn't nearly as unprepared for office as Trump, but he knew virtually nothing about foreign policy, and, like Trump, he was too lazy and incurious to do the work to catch up. His arrogant ignorance led him into a series of disastrous blunders. He convinced himself that Iraq was building WMDs. He decided, in a last minute flip-flop, to insist on democratic regime change rather than on simply removing Saddam Hussein. He shredded the Geneva Conventions, opening the way to the moral and public relations disaster of Abu Ghraib. For that matter, there's every reason to believe that lack of familiarity with national security issues led directly to Bush's failure to prevent 9/11.

On the national stage, Bush had no idea what he was doing. But this didn’t prevent him from driving policy. The presidency, for all its limitations, is a hugely powerful position; presidents have a lot of room to stumble around blindly, smashing norms here and grinding innocents to powder there.

It's easy to imagine plausible nightmare scenarios in which Trump's incompetence compounds his worst impulses. The promise to ramp up deportation, for example, is, in a Trump administration, likely to be implemented with catastrophic negligence and corruption. Think of poorly-trained agents with vague orders loaded up with firearms and sent into Latino neighborhoods; think of more and more private detention facilities without proper funding or oversight, and with no coherent plans for hearings. What would a bumbling FBI sting operation against Black Lives Matter activists look like? What about a badly-administered Muslim registry?

It’s possible that Trump's ignorance could undermine some of his worst ideas in some ways. Maybe Congress will actually block a Muslim registry if Trump is clumsy enough in presenting it. But it's just as likely that incompetence will make some policies worse—or lead to death and destruction in completely unexpected ways, as with 9/11 or Katrina. Trump's outsider status and his lack of experience was supposed to be a selling point for his most enthusiastic fans. I don't think we'll have to wait long before we're all wishing for a boring partisan hack, of whatever political persuasion.