I have my doubts. 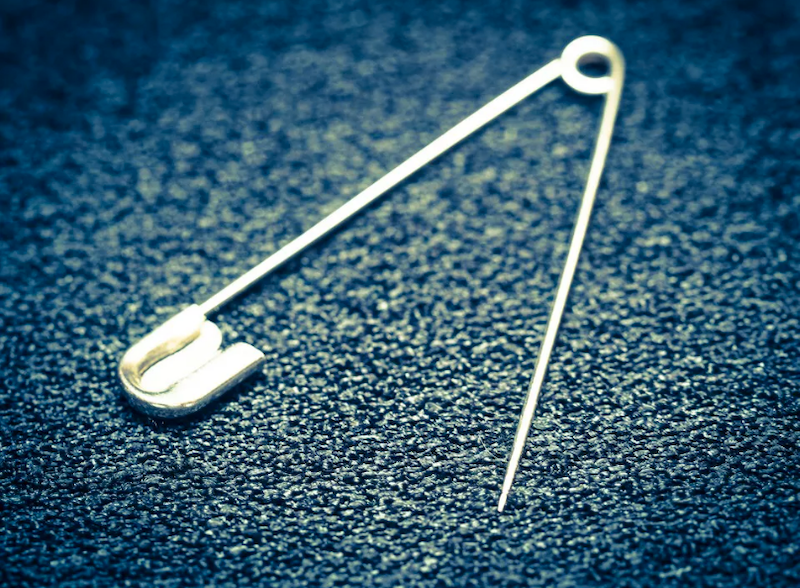 If I wore a safety pin and somebody asked me why, I wouldn’t know what to say. How can you get words like that out of your mouth? “If a Muslim or black or Latino sees me, they’ll know I won’t give them a hard time.” That’s the closest I come, and that feels silly. Somebody might object that I could send my message by being friendly and polite, the way most people do. “Oh, this way they know right off,” I’d say. Of course, for that to be the case, it would have to be an awfully big safety pin and worn high up. Do they make them that size?

Before I put one on, a lot of Muslims, blacks and Latinos would have to announce that they like the things. They’d have to say they feel better when they see a person who’s wearing one. Not safer, necessarily, but at least better. Otherwise I’m a skeptic. If they did say they felt safer, I’d have to remind them not to feel too much safer. Sure, I wouldn’t offer any harm, but I might not do much in a bad situation. Most people have seen somebody get pushed around by a bigot. Did you step up? I know I didn’t. The hassling wasn’t major—in each case a big male idiot, presumably hetero, was sneering at a small and delicate-looking gay kid. Not the same kid, not the same idiot, just the same situation. In each case the idiot moved along and nobody, including me, got in his face.

A black woman who dislikes the safety pin movement writes, “I questioned why so many people who would never wear a Black Lives Matter shirt are jumping to put on a safety pin.” I think that’s a fair point, though maybe not for the reason she had in mind. I’d never wear a BLM shirt. Blacks might think I was posturing and certain whites might give me trouble. Either way my nose isn’t hard enough. I suspect that’s the case with most people, no matter what controversial motto might be involved. Unless you’re among the friendly, you don’t broadcast your views, not if they involve flashpoints. How many people do you know who get into arguments with strangers?

An ambitious meme announces the safety pin message this way: “I’ll listen. I’ll hold you. Stand up for you. Sit down for you. Shut up for you. Do what I can to let you know I love you.” For somebody on the subway? I have my doubts.

Once more you see him and now he’s gigantic. It isn’t a question of gaining weight. He’s obese, he’s in a bad way. The situation is grim.

The acquaintance says, “This wouldn’t have happened if you hadn’t cried wolf.”