And not a trustworthy official with whom to drink. 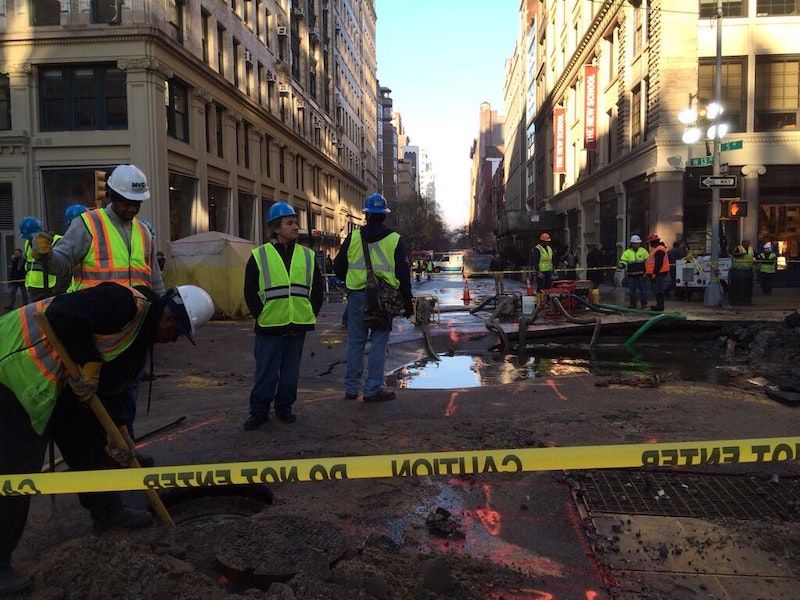 New York City’s communist mayor, Bill de Blasio, distanced himself from two of his businessman associates who were members of his inaugural committee and now are being investigated by the FBI for funneling money and fancy vacations to top New York cops. De Blasio also appeared this week to give contradictory explanations about whether the completion of the City’s vital Water Tunnel No. 3—which practically co-starred in Die Hard with Vengeance back in 1995—was on the verge of being delayed to prevent designated utility fees from rising or was instead being accelerated to completion.

I don’t pretend to be able to predict whether anyone will be jailed over the fancy vacations or whether Water Tunnel No. 3 will be finished in four years. I do know that putting government in charge of any project will tend to make its workings more opaque and harder to object to when they go awry. If you were worried about your private protection agency’s cops being bribed, by contrast, you could switch to another protection agency. Much harder to get your money back from NYPD. And competing sources of water and electricity get more technologically plausible with each passing year despite our long being accustomed to these things being centrally planned on a massive scale.

Water main breaks and bribes are relatively easy to point fingers at, though. The real tragedy, even when central planning is relatively well-executed, is that you’ll never know for sure how much lower prices for those services might’ve been, and how much more efficiently they might’ve been provided, in a decentralized free market (as economist Ludwig von Mises taught the world). Prices in a market convey valuable, constantly-changing information about who values what how much. All that gets lost if only the government picks prices. Misallocation and mis-coordination of resources is an inevitable result. It goes on around us all the time, even if it doesn’t always involve spectacular explosions, arrested cronies, or other obvious failures, just the slight worsening of life.

Central planning’s disruption of prices, then, is not just like having one tyrannical fat man shout arbitrary prices and commands to a room full of frightened customers/servants. It’s also a bit like having a cat (even if it’s well-meaning) keep walking across your keyboard while you’re typing—and doing it while you’re not just typing a vague hello message but some ornate, collaborative computer code that shouldn’t be altered, at least not if you’re aiming for efficiency.

Kitty has to get down no matter how full of love his heart is. Or bad government cops could just shoot the cat, as they occasionally do dogs here in the City and all across the land.