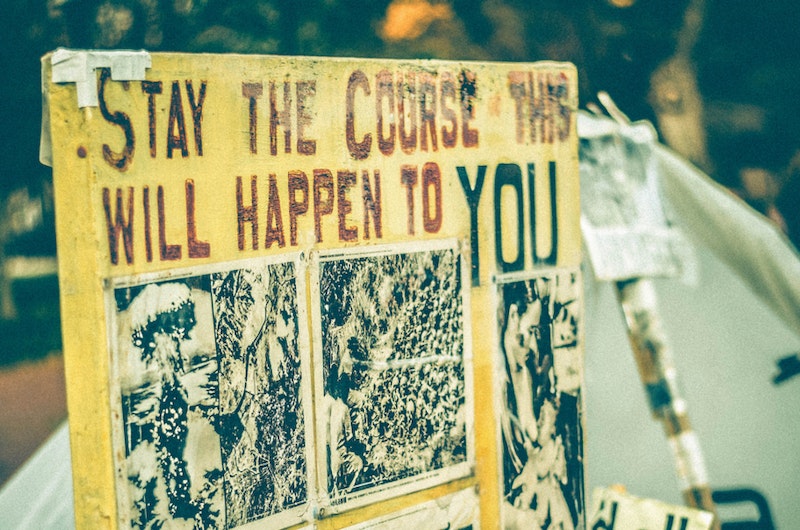 If I'm elected I'll give tactless lectures about The Blood Flower Fun Bunch. I'll urge my fellow citizens to follow the heroic path where hearts remain true to what's left of these chosen people and their customs.

If elected I will surf on the brain wave tsunami. I will make sure that it splashes all over your dead ancestors so they can become athletic and visceral once more.

If elected I will nurture and inflate egos for glamorous fanatics who sing to immortalize a corny joke book's vast shadowy centrifuge.

If elected I will actually eat my way out of the earth's core as the roots of existence wrap themselves around my body over and over again until I become a mummified fetish icon. Consequently, if elected during this stage, I'll pretend to shed my flesh.

If elected I'll call you back later on when I have more time to talk (sorry, things have just been really crazy lately).

If I'm elected the exhaustion spark will be a politically incorrect form of hypnotism and a medicated peak.

If elected my sundered confession will shine gloriously. From between its fissures manic slime will seep as random heathens and heavenly strangers fraternize while everyone else in the interrogation room gets completely loaded.

If I'm elected the birthday girl will hand a candle to each of the fifteen people that she considers to be the most influential in her life. She'll then make a speech, mostly dedicated to each of the persons given candles.*

Near the end of my election night an "hour of chance" shall bring peace to pulverize all minds. In lingering clouds of dusty consciousness, this hour will fly by as my supporters and constituents tumble and tango, romp'n'roll, infuse and peruse in breathless communion. There will also be multi-colored Afro wigs, Lone Ranger masks, pinadas, and sweet fiery stealth.

If elected I will swim around publicly in a huge transparent globe filled with gelatinous gems. This will also be my first time wearing make-up in front of an audience.

After I'm elected my staff will make sure to leave big sacks of wheat at The Brass Jungle threshold because that's the only way to keep the power-mad God of Babble from throwing another stupid temper tantrum.

If I'm elected an angry mob formed by my oafish torchbearers will chase you around all night long while strange animals take turns waltzing with a mannequin atop the tranquil observation point that overlooks The Spanglish Channel's raw, murky sweep.

If I'm elected there will be an experimental word used only to describe forest girls who become legendary for having an infinite number of partners.

If elected, once ready for lunch, I'll glide toward a brighter dawn to discover magical blooms and false enemies.

If elected, once I reach adulthood, I'll become a cocaine butterfly and voluntarily disappear into the chaotic love swamp that radiates for unknown truth.

If elected we'll fall for anything when sun beasts become one with our parental guardian.