NPR Asks if it's Okay to Profit Off Another Culture's Food 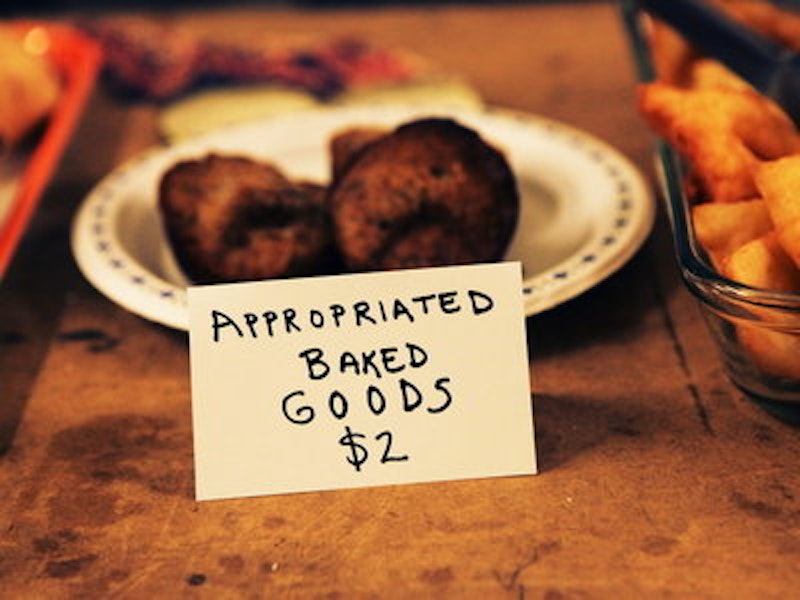 "Cultural appropriation," the latest guilt trip the left is trying to impose on us, is predictably leading to bizarre and senseless behavior—even violence. You have non-Japanese protesters demonstrating against a kimono exhibit at a Boston museum when the Japanese themselves thought it was delightful. And then there's the black female student at San Francisco State who physically assaulted a white male student because he was allegedly ripping off her culture by wearing his hair in dreadlocks.

The cultural scolds are also focused on food, delivering lectures on what’s "okay" when it comes to preparing and consuming foods of different cultures. NPR recently jumped on this bandwagon with "When Is It Okay To Profit From Cooking Other Cultures' Food? You Weighed In," for which it solicited individual opinions on this trivial matter. As the title suggests, the focus is specifically on "profiting" from selling the food of another culture, with the questionable implication that culture involves "ownership" whose intellectual property can be stolen. In other words, only people raised in certain cultures, or their descendants, can earn a living reproducing the various dishes of the culture.

This only applies to specific cultures, however. You won't see people claiming cultural appropriation if an American white person opens a Japanese, French or Italian eatery, for example. The NPR story doesn’t make this important distinction—that cultural appropriation applies only to certain cultures—but it exists, and should be mentioned to honestly frame the debate.

Maria Godoy and Kat Chow, the article's authors, included Twitter comments they'd received on this issue. A chef weighed said you must put your own "spin" on ethnic food if you're not from that culture, and that if you merely copy it, there's a problem. She didn't specify what the problem was, and really it's not a problem. If you don't like copycat food that tastes great because the chef has the wrong skin color, don't purchase it.

Consider the following scenario: Say I'm a surfer who loves the waves in Mexico. I go down there, and love the fish tacos I buy at the beach from a food truck. I talk to the owner, asking about what kind of fish he uses, how he batters it, etc., and then I start cooking tacos regularly at home. Then I move to Maui, notice there are no food options at the beach, and open up my own food truck with fish tacos. It’s successful. I earn money giving sustenance to people who previously had to bring in their own food, and it makes them happy. Am I supposed to feel that my profits are ill-gotten gains because I've co-opted a culture that's on "the list." Should I have stuck to Italian, French or Japanese food, even though surfers just want to eat fish tacos at the beach?

One commenter said when it's authentic or innovative, that feels "okay" to him, but if it's bad it's "exploitation." "Bad" is a subjective judgment, but the marketplace will quickly eliminate restaurants that don't serve food people will pay for, making exploitation difficult. Another asked if it's okay if people perceive a "white chef's" (is "white" a culture?) offerings as worth paying more for than the "original." I'm not aware of many people basing how much they'll pay for a meal based on a chef's skin color, and white skin doesn't exactly scream "authenticity" when cooking ethnic foods. It's probably harder to succeed as a white person cooking Indian food than for an Indian. I really don't even understand this question. There is no "okay" involved or permission needed. It's called capitalism.

People criticizing someone for profiting off of "their" culture, which they feel they have exclusive rights to, are often just annoyed that the wrong person is doing it. These culture cops—small in number but shrill and tenacious—are mostly a bunch of people on the Internet with a need for attention. They may be unaware, or refuse to admit, that their culture has also borrowed from other cultures, and benefited from it.