Two Kinds of People in America

Those who watch Fox News and those who know better. 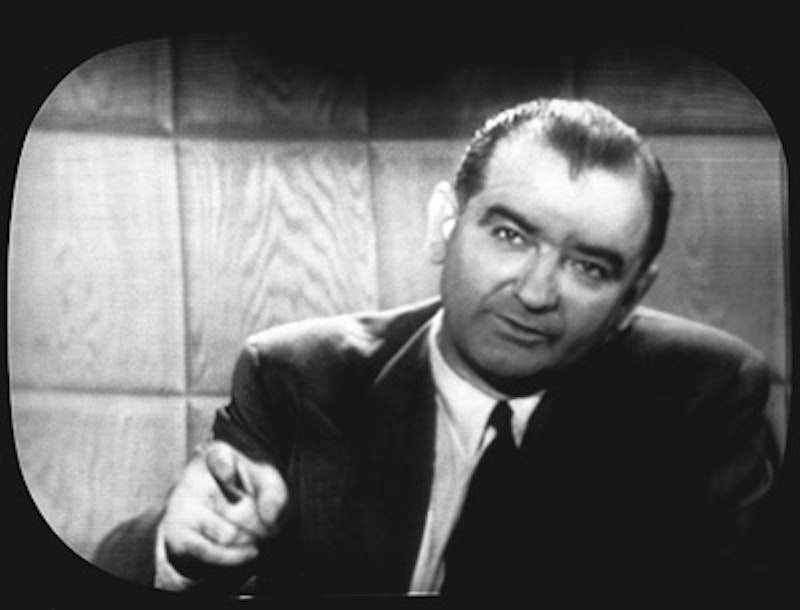 The latest major study by the Pew Research Center is, like much of social science, an exhaustive explanation of the obvious. Pew tells us who we are, what we are, where we like to live and who we like to live near. And as if we didn’t already know all that, the sum total of Pew’s research is that we are a polarized nation, quantitatively separated into liberals and conservatives with only a sliver of the population occupying the middle.

Of course there’s nothing new about any of this except that the imprimatur of scientific research makes it all sound like fresh news. Polarization is the history of America. The late historian Arthur Schlesinger hypothesized that such stark divisions occur in 20-year cycles, with dominance shifting back and forth between the two extremes. And the poet T.S. Eliot observed that democracy swings constantly between tyranny and anarchy.

Pew documents, though, that the apocalyptic nastiness has intensified in recent years.

Thus, liberals prefer cities and tend to cluster with like-minded people and walking-distance amenities such as galleries and museums while conservatives prefer big houses in wide open spaces and neighbors with whom they agree as long as there’s a fence between them. And both liberals and conservatives prefer to be around others who share their political views and religious beliefs. Naturally, conservatives are more religious than liberals.

According to Pew, liberals say diversity is important in deciding where they want to live but conservatives dismiss ethnic and racial considerations as factors in deciding where to establish the homestead. Yet in a rare display of agreement, both groupings want to live in communities with good schools and a variety of outdoor recreational activities as well as to be near relatives. Thus, the micro idea of diversity as America’s strength is subverted by the big picture notion of mirror images.

So there you have it, in summary, everything that you already knew about yourself, your friends and neighbors as well as your political opposites in the next county or state. What the Pew survey of 10,013 Americans does is to superimpose political stripes on generally accepted social views and translate the conclusions into a guidebook of a modern hyphenated America.

Yet today’s polarization seems no worse than at other periods in recent American history, especially those times of economic stress which often evoke the dark side of human nature. The differences may be nosier because there are more electronic outlets. It’s always been axiomatic that people in public office are pretty much like the people who elect them. That is textbook representative democracy and a throwback to the quaint ideal of citizen legislators.

But current paralytic politics are exacerbated by legislative gerrymandering and court-approved bankroll-ideology. They are no doubt magnified by the growing economic divide as well as the public’s lack of confidence in America’s institutions. And add to that the dirty little secret that we are governed by rules that were written by a group of dead men, as Philip K. Howard artfully argues in his book, The Rule of Nobody. Democracy is supposed to be a work in progress and not an elegiac tribute.

Newly-arrived immigrants have always grouped in cities and wherever else they had welcoming relatives and friends and the prospect of planting employable roots. The coastal cities are where the ports of entry are, though many eventually crossed rough terrain to settle in the heartlands of America. Today, America’s borders are breached randomly and willfully, with no regard for waiting lists or appropriate papers. And decades ago, the repeated admonishment was stick with, and by all means marry, your own kind.

Blacks fled north, first on the Underground Railroad and later after they were freed and in search of work and the more tolerant attitudes of northern cities and Border States. Still, following the Civil War, whites in New York rioted because they believed the newly arrived blacks would displace whites in low-wage jobs. This, in turn, eventually produced “white flight” and the development and growth of the suburbs and exurbs following World War II when the melting pot began to make way for the mosaic that we are today.

World War II exacerbated simmering hatreds and bitterness against ethic groups not only by rival Americans but by government itself. German and Italian immigrants were viewed as sympathizers with Hitler and Mussolini and Japanese-Americans were interred in one of the most despicable acts of the era. Radios and other communications equipment were confiscated and immigrants who hadn’t been naturalized were regularly interrogated and spied upon by government agents and even their neighbors.

The Joseph McCarthy era had husbands and wives at each others’ throats over the anti-communist ravings of a drunk. The McCarthy hearings, which roughly paralleled the Korean War, polarized the nation as bitterly as any period since the Great Depression when communism made inroads on American soil and led to blacklisting and the ruination of lives that produced the alcohol-fueled Sen. McCarthy (who, incidentally, was bankrolled by Joseph P. Kennedy and for whom Robert F. Kennedy once worked.)

The 1960s drug-and-music infused rebellion against authority and the war in Vietnam were the twin catalysts for dissent and polarization of an entire generation that led to the shootings at Kent State University, riots on the streets and in prisons across the nation and the brutal police beating and gassing of youthful demonstrators at the 1968 Democratic National Convention in Chicago.

The anti-war demonstrations collided with the civil rights movement on the streets and in public spaces to form a tumultuous decade that was truly a time of internal strife and division, young against old, black against white, city dweller against suburbanite, hard-headed son against hard-hatted father.

The decade also bore bitter and divisive witness to three assassinations—John F. Kennedy, Robert F. Kennedy and Martin Luther King Jr. Cities were in flames in the aftermath of King’s assassination and martial law was declared in riot hot-spots and National Guardsmen patrolled the menacing streets of the nation’s capital.

And in 1968, Richard M. Nixon formulated his divisive Southern Strategy which pitted the emerging Republican (and formerly Democratic) states of the South against the coastal Democratic states with their growing blocs of black and ethnic voters. The campaign message was “law and order,” and Nixon’s running-mate, Maryland’s Spiro T. Agnew, seethed with anger and hatred as he attacked the Democratic establishment and the media in the benighted Palookavilles of America. The South brackets the core of today’s reconstituted Republican party as part of Nixon’s legacy.

The pure brazenness and audacity of Watergate sent the nation into a Constitutional crisis over the abuse of power and the limits of the presidency. And the Democratic presidential campaign of 1972 of George McGovern was a one-note lament to end the war in Vietnam despite the pile-up of scandals slowly unraveling the Nixon Administration. Nixon won a landslide election, but less than two years later both he and Agnew were driven from office in separate scandals. Nixon was impeached and driven from office and Agnew resigned in a bribery charge that began in the State House in Annapolis and reached upward to the vice president’s office.

The impeachment of President Bill Clinton was small potatoes compared to Nixon’s offenses. And President George W. Bush beat the rap on his controversial war in Iraq which is still haunting the nation as well as President Obama.

But the most unheralded polarization in America right now is one that was not addressed by Pew or any other survey yet it causes more outrage and division than the most radical of political standoffs: It takes 60 votes to pass a bill in the U.S. Senate but only one vote to make or break a law in the Supreme Court. How’s that for imbalance.