Independent in Name Only 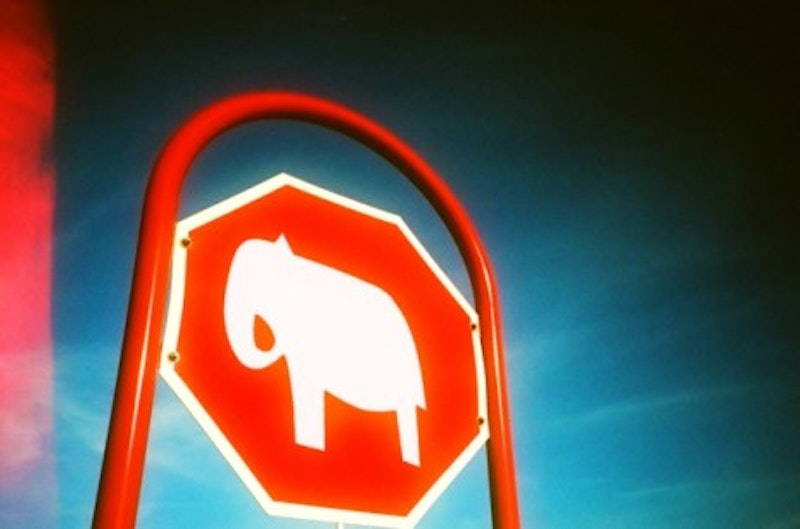 Journalists learn that they’re supposed to be balanced and objective. No wonder, then, that they’re so fond of independent voters. Independents, by definition, are not partisans. They aren't biased liberal, and they aren't biased conservative. They digest all the data available, and make up their mind on a case-by-case basis. That makes them uniquely qualified judges of issues and popular opinion. Right?

NPR has bought that logic. Yesterday morning on Morning Edition, the discussion on polling in battleground states was concluded by interviewing an Arkansas voter who identified herself as an independent but said that this in election cycle she’s "tending to lean towards the Republican" because "federal overreach is just getting really out of control." She added that the ACA is "forcing" people to have health care, which is "very unconstitutional."

It may occur to you that "federal overreach" is not a balanced, either-party-might-address-that-issue kind of issue. "Federal overreach" is a conservative talking point. Similarly, framing the health care debate as an issue of forcing people to get health care without mentioning people who can't get health care who want it—that's not a non-partisan way of looking at things. It's a Republican way of looking at things. It's like if a voter said, "I'm independent; I'm always looking for the candidate who supports the right to choose and who isn't going to participate in a war on women." At that point, "independent" just means "partisan who thinks the name 'independent' sounds more euphonious."

And as for the fraction of remaining independents who really aren't partisan—they're not non-partisan because they're carefully weighing both sides. They're non-partisan because they aren't very interested in politics. They vote at quite low rates; only 44 percent in the 2008 election vs. 82 percent voting among strong partisans, according to Sides.

NPR was sampling likely voters in its model, which means any independents it talked to were disproportionately likely to actually be IINOs (since real independents aren't likely to vote.) Moreover, the voter they interviewed is clearly a lean-Republican voter. NPR framed the segment as if Obama is doing poorly among independents and therefore Democrats will do badly. But the idea that Cassandra Bolin was ever, under any circumstances, going to vote for Obama’s party is clearly absurd.

Maybe Obama's poor showing among independents in Arkansas indicates that he's doing worse than you'd expect. But probably it indicates that most independent voters in the conservative Arkansas are actually Republicans. That's certainly the takeaway from the one supposed independent they quote. And really it's the takeaway from the polling numbers as a whole. NPR says that Obama's approval rating among independents is 33 percent. The approval rating among all voters is 38 percent. That's not an especially big gap, and could easily be explained by polling variation, or by the fact that more IINOs happened to be Republican than Democrat.

The focus on independent voters, then, tells us nothing, and is actively misleading in suggesting that the battle in these states is to somehow woo independents alienated by Obama. The fact that independents aren't independent isn't some sort of new, surprising revelation; political scientists have known that this is the case for years. NPR's expert pollsters and expert journalists should be aware of this research. The dream of an objective electorate is hard to shake off, I guess, when objectivity is your bias.