Republican Larry Hogan Has a Shot in Maryland’s General Election

Apathy among Democrats could spell trouble for Anthony Brown. 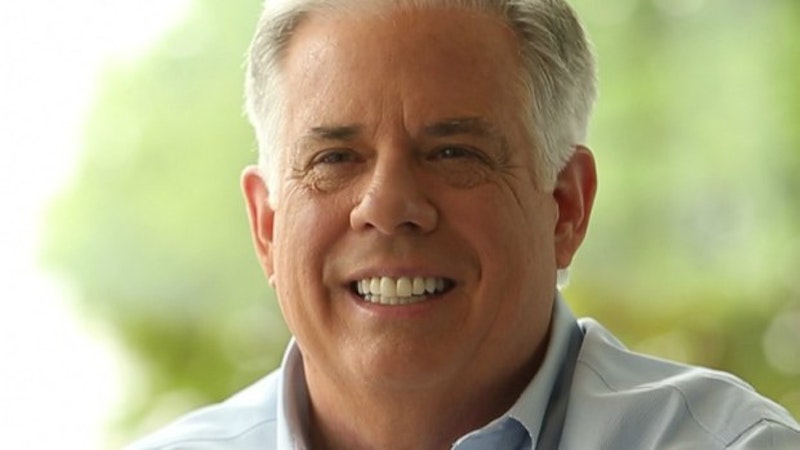 One of the many instructive adages that guide electoral politics is this old chestnut: If you’re going to have a tough general election make sure you have a tough primary. It can be positively stipulated that neither Lt. Gov. Anthony Brown (D) nor Larry Hogan (R) had a difficult debut as their party’s nominees, Brown by design and Hogan by luck against a weak field.

This can account, in part, for the disturbingly low voter turnout in Maryland’s first June primary, which leads to a second adage: When there’s no trouble at the top of the ticket voters are discouraged from going to the polls. Thus, 20 percent of the voters—or one in five registered voters—determined 100 percent of the outcome. So much for democracy in action.

Roughly 462,000 Democrats out of nearly 2.1 million eligibles exercised their civic duty while only about 208,000 Republicans from a pool of nearly a million cast ballots. And remember, there are 660,000 “unaffiliated” voters who think they’re being smarty-pants by thumbing their noses at both major parties and then complaining because they can’t vote.

And consider this: The three major Democratic candidates for governor, as well as the winning candidates for attorney general and comptroller, were all from the Maryland suburbs around the District of Columbia. Yet good-government Montgomery County, home of two of the three candidates for governor, had one of the lowest voter turnouts in the state, 16 percent, and Prince George’s, Brown’s home county, posted a 17.6 percent showing. How’s that for tuned out and turned off.

Those numbers reveal two other conclusions, one scientific, the other a historic fact: The repeated media polls showing Brown with virtually an unbeatable lead told voters, in numbers and words, not to bother because the election was already decided; and Maryland Republicans traditionally do not vote in primaries because they rarely have a contested election. When the media lament low voter turnouts they ought to look inward and cast some of the blame on themselves.

In the pathology of politics, the rattled numbers could indicate, this far out, general election difficulties for Brown and an advantage for Hogan, even though Brown’s conditional November victory is already being celebrated. There are lots of loose votes out there to be had—Republicans, independents and Democrats fed up with taxes.

To begin with, there is a palpable lack of enthusiasm for Brown, even though he stands to become Maryland’s first black governor and the first modern lieutenant governor of the seven since 1970 to make the cut. And, viewed as shrewd or not, Brown did little or nothing to advance his own cause by running a duck-and-cover campaign. The personal and media attacks by Atty. Gen. Douglas Gansler failed to stick to Brown. And Del. Heather Mizeur (MoCo), who ran a respectable third, generated more spontaneous grass roots enthusiasm than either of her male rivals.

Hogan was a late entry into the Republican contest, but he arrived with a recognizable political name and the advantage of being well-known within GOP circles for his service as appointments (patronage) secretary in the administration of Gov. Robert L. Ehrlich Jr. Hogan presented himself as a reasonable moderate Republican by contrast to his three rivals whose one-note campaigns concentrated solely on drastic and unrealistic repeals or cuts in taxes.

All of which sets the stage for the Brown-Hogan showdown in November. In one sense, both Brown and Hogan are candidates of their parties’ establishments. Brown racked up primary endorsements from almost every official and interest group associated with Democrats, especially labor unions.

Unions have a great deal of bread and butter on the table in this election and they’re willing to advance a down payment for it. The Building Trades, for example, have a proprietary interest in the two proposed mass transit systems, the Red Line in Baltimore and the Purple Line in Montgomery County, and the teachers unions are eyeing another $700-$800 million in new education funds next year. In Annapolis, pork is power.

Brown’s campaign has ginned out 16 position papers that are really nothing new and call for huge new investments without specifying where the money will come from. And he has a hokey campaign slogan, “Building a Better Maryland for More Marylanders,” which is about as vague and evanescent as the candidate himself when asked how he’ll do it.

Brown carries into the general election campaign the heft as well as the record, for good or ill, of the O’Malley administration in which he has served as understudy for eight years. There were many successes as well as failures—the botched and bungled health exchanges (though that didn’t stick as an issue in the primary) and the grandiose, fizzled but overlooked BRAC (military base realignment) for which Brown was solely responsible.

Hogan’s chances rest mainly on whether he can exploit the general lack of enthusiasm for Brown. There is no bitter division among Democrats because the three competitors agreed on most points and both Mizeur and Gansler have endorsed Brown, so Brown’s inability to excite voters may be his most vulnerable point.

Hogan has wisely decided to focus on the O’Malley tax increases (40 by the GOP count) and avoid social issues such as same-sex marriage because they are established law and unlikely to be reversed. Hogan has proposed modest roll-backs in some areas rather than massive tax cuts. Brown, to the contrary, has pledged a comprehensive review of Maryland’s tax structure to assure balance but sees no need for tax increases in the immediate future. Others disagree.

The tax-cut issue might resonate in a state where many feel over-taxed and say they’re willing to re-locate if the occasion arises. But Hogan must also tread lightly because he was a member of the Ehrlich administration that raised taxes, tolls and fees by more than $3 billion and sponsored some of the biggest budget increases in recent years, much larger than O’Malley’s.

Hogan begins with a base of 75,000 members of his “Change Maryland” organization. From there he must reach out to the 900,000 Republicans and 660,000 independents and every Democrat he can rope in to make the race competitive. Hogan, too, has been endorsed by his three primary rivals.

The I-95 corridor is the heart of the Democratic party while Republicans make up the margins of the state. Blacks, who are Brown’s go-to vote, comprise 33 percent of Maryland’s population, the largest outside the Deep South, and about 35 percent of the state’s Democratic vote. The Tea Party has very little presence in Maryland but the GOP mirrors the national party’s fissure between the ideological purists and the pragmatists who want to win.

The shift to a June primary might also be an unintended gift to Hogan. Back in the late 1960s, the primary election was moved from May to September for a purely political reasons, and that was to compress the time between the primary and general elections, roughly six weeks, so as to deny Republicans the time and opportunity to regroup after a primary. Now the reverse is true because of the shift. Hogan has time to organize and persuade voters while Brown sweats ballots for nearly six months between elections.

Finally, follow the money is more than a sardonic saying. Hogan is the first Republican candidate for governor since Ellen Sauerbrey in 1994 to accept public financing which caps his campaign spending at about $2.6 million. This would appear to be no match against Brown, who raised and spent $10 million during the primary and probably can raise as much for the general.

But if Republicans nationally sense that Hogan has a clean shot of winning in a state where their ranks are out-numbered by more than two-one, the untraceable money will begin pouring into Maryland through 501(c)4 non-profits which are celebrated for their charitable giving to the best candidates money can buy.