Politics Can Be Civil in Spite of the Media

The punditry will always interpret events in terms of the worst narratives already shaping our political discourse. 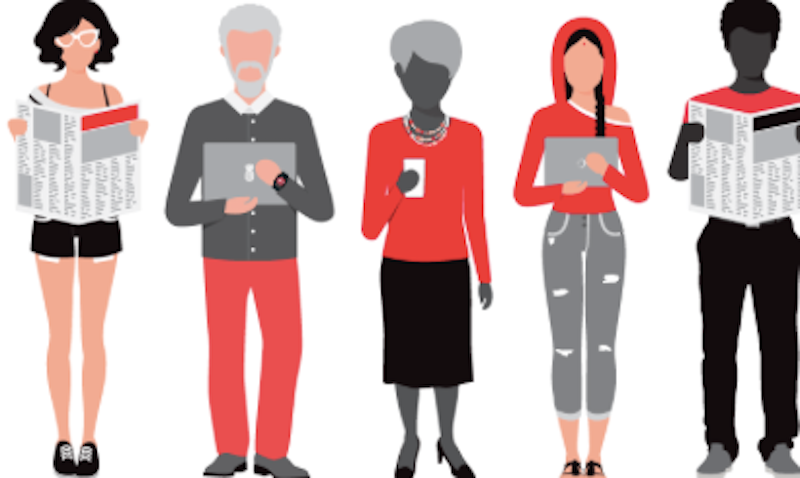 A week before the second presidential debate, I went on a partial news fast. I restricted myself to afternoon viewings of the New York Post, The Spectator, and The Washington Post’s opinion page. I also watched CNN a few times during my morning workout and regretted it, the way one eats a Big Mac during a diet and accepts the inevitable nausea as penance. Otherwise, I kept my vow and stayed away from inflammatory op-ed sites and news feeds.

I did this because a cyclone of information was twisting through my head. It disrupted my nerves and sleep patterns. I didn’t feel ready for another parking lot fistfight like the first debate. And I had doubts about Kristen Welker’s ability to keep the beast in his cage. I also stayed off political Twitter, which I knew was a good way to reestablish some peace of mind, whether or not the debate proved to be shocking, controversial, or staid.

On the night in question, I felt emotionally and intellectually rejuvenated and was pleased at how relatively civil the event turned out to be, even though nothing insightful or revelatory emerged. I thought Welker did a good job—notwithstanding how easy she had it compared to what Chris Wallace endured. I made popcorn. Biden stayed awake the whole time. And Trump didn’t transform into a werewolf. It was a normal evening.

Unfortunately, civility doesn’t drive the clicks. The punditry will always interpret events in terms of the worst, most upsetting narratives already shaping our political discourse. After briefly observing that the second debate was an anticlimactic non-event, the media conversation reverted to COVID, the death of the economy, racism, the looming threat of China, the perfidy of Judge Barrett’s appointment to the Supreme Court, and QAnon insanity. Our moment of normalcy, no matter how enjoyable, had been fleeting.

It didn’t surprise me when I caught up with Quillette—an opinion site I normally read for contrast with the woke party line of formerly objective publications like The New York Times—and encountered, “Elder Millennial Metalheads: Our Shrinking World of Dark Thoughts and Bad Jobs,” in which Matthew Amos describes the mid-2000s failure of his rock band as emblematic of his (and my) disaffected generation, concluding that “Only death is real.” White despair! I’d forgotten about that for 10 seconds.

Now Amos lives in Boise and works as a delivery driver—which I suppose is less real than death but more real than Antifa. I’d congratulate him on having a job right now if there were a way to do so and avoid sounding insufferably facetious. Instead, I’ll merely point out that Wittgenstein was a gardener; John Cage was a plumber; and many lesser creative types (like me and my Gen X writer friends) have more than once found desperate employment carrying pipes in a shit field.

Sometimes, only the job you’ve got—the job you’re lucky to have—is real. And thank goodness for that. Maybe white despair is real, the collapse of the Rust Belt, the manufacturing sector Trump said he was going to revive, grandma on a ventilator, empty streets, strange lights in the sky, pointless protests. Maybe QAnon is a real threat to domestic security. Maybe Iran’s really up in our algorithms, doing something unmentionable to our elections. Maybe it’s all real or none of it is.

There has been too much pointless violence, too many restless nights toward the end of this campaign. I’d like one more moment of normalcy, even if it’s just an illusion. Just a little more quiet. Just one more civil, open exchange of ideas, the sort that was once integral to the machinery of democracy. Will there ever be times like that again? It makes me want to listen to Mike Pence. When he speaks, it sounds like someone turned on a metronome in the other room, like having a slow ball game playing softly on the radio on a breezy afternoon—nothing much going on, low stakes, yawning permitted—with fire, flood, riot, and ruin still hazy and far away. For the moment, things are quiet and you can stand at the window without nervously drawing the curtains.

But everything must be rationalized into a pre-established spectrum of worst-case scenarios in order for Jennifer Rubin and Max Boot to get paid. As Oliver Bateman recently put it, “In the early-1990s, we anti-consumerism types would have called this ‘selling out;’ in 2020, it is merely ‘doing the work.’” I can’t read the likes of Rubin and Boot anymore. I don’t want Matthew Yglesias and Ben Shapiro running my emotional life. They had their chance and I let them make me more depressed and uptight than I already was.

The Washington Examiner tells me “The world that lies beyond the lockdown is an altogether colder, harsher, and more authoritarian place.” Politico wants me to know that Trump is trying to block pandemic food aid for the poor. Shouldn’t I lose more sleep about that? Shouldn’t more of my hair go gray? Isn’t Trump on the verge of establishing martial law, putting AR-15s in the hands of the lumpenproletariat, and shooting all the democrats? This is all quite serious.

I can already feel that cyclone kicking up again. As a highly distracted, involved, news addict, I can stay away for only a few days before I fall off the wagon and get back on the train. Now, even if I’m longing for that moment of sanity in the second debate, I’m reading once again how this country is horrific or soon to become so. In spite of my belief that America’s still a great place to live, I’m wondering more often about what’s actually real. Reality isn’t something sane people tend to worry about on a regular basis, is it?