Trump Will Leave If He Loses

Laziness and cowardice are not the reasons. 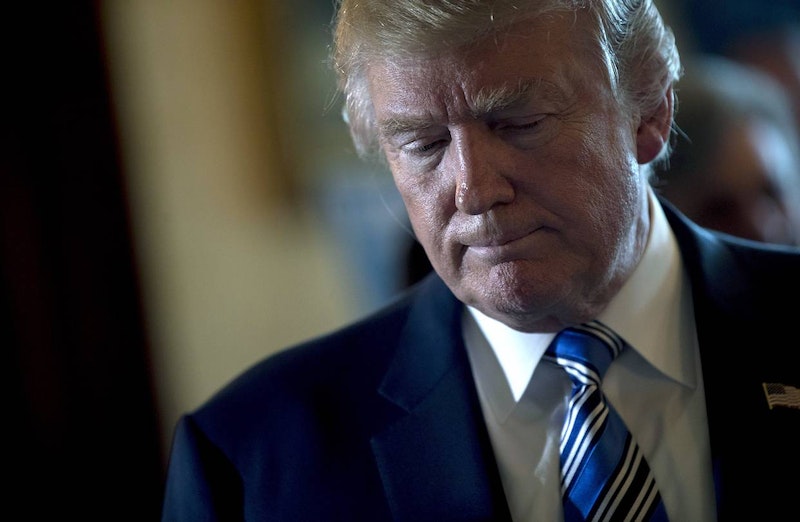 When I was a freshman at NYU in the early-1980s, I took a writing course that had a theme, “Philosophy of Self.” It was taught by Deniz, a young woman from Turkey of incisive mind, physical beauty and charming accent; long after, I learned she’d passed away. There were several readings: books by Nietzsche, Sartre, Freud. One I never got around to was by sociologist Erving Goffman: The Presentation of Self in Everyday Life, about appearances and theatricality. I wonder if I’d have been better prepared for the Trump era had I read that book.

A focus on how things look, more than how things are, is central to the Trump presidency; explicitly so, to the point that it’s hard even for his defenders to deny it. Trump obsesses about ratings, emphasizes physical appearances (often denigrating opponents on that basis), contrives photo-ops and reality-show-type dramas. His negotiations with North Korea seemed to carry the same purpose as his campaign rallies: to get attention, to project an image. Trump has pressed to have less COVID testing, openly noting that a higher caseload looks bad.

In a piece at the Atlantic, Graeme Wood argues against fears that Trump will try to stay in office upon losing the election. The article’s called “He Won’t Concede, but He’ll Pack His Bags,” though interestingly the URL incorporates other wording, perhaps from an earlier headline: “Lazy Cowards Don’t Start Civil Wars.” I agree with Wood’s conclusion. Although I’ve worried greatly about erosions of checks and balances in the Trump years, some kind of post-election power grab strikes me as unlikely. But the reasons Wood gives for this aren’t, I think, correct.

He writes, “We should remember that Trump had a vision of the presidency that began with extreme laziness, and that the end of his presidency could go roughly the same way.” Trump wouldn’t attempt a coup, that is, because it would be too much work. Moreover, Wood tells us, this president just doesn’t have the guts to start a civil war: “Trump is a coward, and all evidence suggests that he would run from the responsibility, even more burdensome than normal service as president, of overseeing the violent fracture of America.”

That Trump is lazy is debatable. It’s true that he shows little interest in mastering policy details or doing paperwork that involves more than signing blank sheets. However, he seems to work assiduously on matters that he perceives as being in his interest, such as seeking the promotion of negative material about Hunter Biden. As for cowardice, I don’t see a clear basis for this, either. Trump arguably was reckless in exposing himself to SARS-CoV-2, and neither his presidency nor his overall career has been marked by aversion to confrontations.

Wood’s on firmer ground in a subsequent passage: “The easiest path is also the most lucrative. Get on Marine One, protesting all the way, and spend the rest of your days fleecing the 40 percent of Americans who still think you are the Messiah, and who will watch you on cable news, spend their money on whatever hypoallergenic pillow you endorse, and come to see you whenever you visit their town.” Wood goes on to argue that, while prosecution would be a concern, some combination of pardon or self-pardon, and public support that might translate into a lack of unanimity on any jury, would give Trump some assurance of not going to prison.

Greed and a desire to avoid incarceration will surely be factors in any Trump decision-making upon exit. But the greatest and most fundamental consideration, I think, will be his concern with appearances. As long as he can make a face-saving claim that the election was stolen, and have an audience of millions believe it, Trump will be ready to leave office. Accordingly, as Wood puts it, “Trump will not under any circumstances concede, if conceding means acknowledging that he was beaten in a fair fight.”

Expect therefore to see Trump the martyr, the Deep State victim, who patriotically departed even though he’d been cheated, available soon on his new TV network and other platforms. The post-Trump era will bring plenty of opportunities to see Trump, as much Trump as you could want, with lucrative product tie-ins as well. But it’ll be a lot easier to tune him out.