As a conservative, it’s frustrating to watch people mobilize for something that’s a complete waste of time. 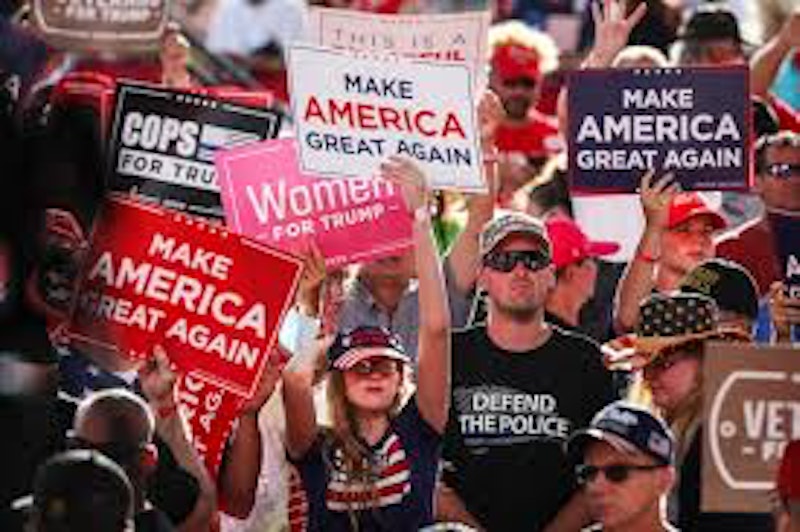 It's the time of year when you see more political signs than usual—even in states that aren’t competitive in the 2020 presidential election. There’s a lot more to the general election than just the presidential race. There are races in the U.S. Congress, state legislatures, countywide offices, governor's councils, races for governor, ballot questions, and more. However, those are not everyone's priority—even in districts where they are competitive.

Instead, in many states where the presidential race is not remotely in question, we see groups of people mobilizing to support their preferred presidential candidate. It doesn't matter that one party dominates the state and that neither candidate in this race is a popular figure. Some people are on a quest to turn their state red (or blue).

It's something I see living in blue New England. There are more events for Donald Trump in some areas than there are for state legislature candidates in swing districts. They occur throughout the state and while candidates may come to the rallies from time to time—even though they need to outperform Trump's vote totals in their respective districts—the events are not specifically designed for the candidate. It's something you see on Cape Cod, on the South Shore, the South Coast, in Boston, on the North Shore, in the central part of the state, and out west. That's the case even though Trump doesn't have any shot at winning Massachusetts.

The margin of victory for Biden will probably be slightly less than two-to-one if I had to guess.

Those Massachusetts Trump fans aren’t alone. The same kind of stuff goes on in Rhode Island, Connecticut, and Vermont, for example. Does anyone think Trump is going to win any of those states? Not to mention the methodology is likely extremely ineffective. Let's think in terms of undecided voters. If people holding signs for a candidate in a rotary or on the side of the road are causing cars to slow down—and not wearing masks in the middle of a pandemic—is that going to make more people want to support that candidate? Probably not. I've noticed that a lot of left-wingers in Massachusetts don't have much understanding of right-wing ideas, and the same is true of their ideological opponents.

As a conservative, it’s frustrating to watch people mobilize for something that’s a complete waste of time. Just imagine what 100 people could do if they work together to achieve some sort of pragmatic policy at the state or local level that improves people's lives. This is possible in just about any state, especially ones that allow for citizen-sponsored legislation. The only policy I've seen draw interest at right-wing rallies in my state is saying no to a vaccine mandate. Think what you want about vaccines—I support them—but that's not the issue to do it on. It makes sense if people don't want to take a vaccine made of aborted baby tissue, but if it's people saying vaccines cause autism, that's a bad look.

And if people are set on campaigning for Trump instead of pushing for policies that, say criminalize revenge porn, ban liquor ads from the MBTA, legalize novelty fireworks, legalize crossbow hunting for non-disabled people, have the state create a free online drivers' ed program for classroom hours, or another one of the hundreds of reasonable policy ideas that might work, then they could go hold signs for him in an area where there’s a chance that he wins. New Hampshire is an obvious example for New Englanders. It's a state Trump lost by fewer than 3000 votes, and some groups do occasionally go up there, but they focus more on their home bases. Then there is Maine's Second Congressional District, further away but features Lewiston that has many Somalian refugees. Surely there are some people there who’d be willing to vote for Trump. The same goes for Manchester, New Hampshire, which has a sizable refugee population.

There isn't much clout in being the guy who got Massachusetts to stop letting people use credit cards to buy lottery season tickets, even if it helps people struggling with addiction. But there're newspaper and magazine features and Twitter followers to gain for being Trump’s top fan in the area. Some like going because it gives them something to do and an opportunity to meet like-minded people. If that's how they want to use their time, that's their decision. However, going for a walk or apple-picking, at least to me, is more appealing right now.