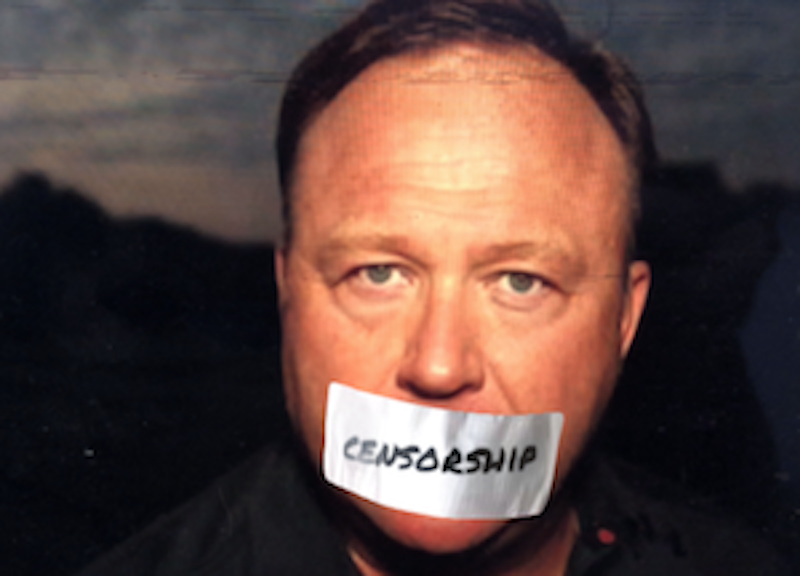 You have to expect some criticism of Islam during 9/11 commemorations. Lest we forget that many religions are dangerous and their holy books filled with violent imagery, though, check out EvilBible.com for a rundown of all the horrors endorsed by the Judeo-Christian God. And as a corrective to anyone overly proud of New York City’s rebuilding efforts, note that it has taken 17 years to reopen the Cortland subway station.

But maybe blaming religion and government inefficiency is exactly what the powers that be want us to do.

After all, 17 years after the attacks, though the most fevered conspiracy theories may not have been confirmed, it’s now agreed that there were at least some Saudi government officials linked to some of the terrorists, and whether elements of our own government knew in advance, there’s no denying both the Bush and Obama administrations stymied investigations into the Saudi role after the fact. So the question, no matter how embarrassing it may be to someone like me who was long averse to conspiracy theories, is now not so much “Was 9/11 an inside job?” as “How far inside?” God and stupidity may not be sufficient explanations.

But this isn’t a column about 9/11. I’m more interested in the fact that we should by now take it for granted that pervasive establishment lies are possible, on a variety of topics.

Even in a world of leaks and dissidents, there’s a mainstream narrative that can be utter b.s. and still get repeated so often that most people mistake it for reality, especially when their partisan buttons are pushed. Indeed, the same facts can be uttered by one party and declared obvious truths, then denounced as nonsense when they’re uttered by the other party mere days later. It has never been easier to watch this process in real time than it is now, with the Net there to remind us what people believed just before they contradicted themselves.

Take a simple contrast between reactions to Al Gore and Alex Jones (not that I’m endorsing either).

Someone thought of the children, apparently, and so we’re all supposed to agree that Jones deserves banning if he thought for a time the Sandy Hook shooting might’ve been faked. Are Americans not allowed to be wrong anymore? And remember how deep some of the lies go and how lazily accepted they are. We may need crackpot theories one of these days. Interestingly, Jones is now accused of destroying evidence relevant to the suit brought by offended Sandy Hook parents against him, raising the possibility they may actually try to put him in jail over all this, which strikes me as a more chilling threat to truth-finding than are Jones’ low epistemological standards.

But more important: can you blame people like him being plagued by paranoid doubts about official narratives when, for instance, even left-leaning NPR says about 90 percent of the school shootings the federal government claimed happened over the past year or so never did, merely an artifact of shoddy statistics-gathering? For a year or so, we were told there was about a mass shooting per day in this country on the basis of those false stats. Is it crazy to think we imbibe a lot of other b.s., perhaps especially on topics near and dear to the establishment’s heart (topics that inspire calls for more government power)?

And while we’re all still told that only crazy people think the official narrative tends to be a giant fiction, we’ve just gone from months of the establishment telling us there’s no such thing as “the Deep State” to the same establishment hailing as a hero an anonymous New York Times op-ed writer who called himself part of the vast “Steady State” working to undermine Trump.

If you don’t see a tension there, you may be less like a traditional liberal than like one of the intellectuals who tried desperately to juggle all the contradictory beliefs touted by the state during the Chinese Cultural Revolution, many of whom eventually went mad. To be a loyal servant of our own regime these days, you’re expected to be able, for instance, to believe the Daily Beast has its story straight when it warns that more and more people of color are becoming prominent members of white supremacist groups.

You still see the contradiction there, by old-fashioned logic, right? It’s not just me? Tell me I’m not alone. (You’re also asked to believe that Julia Salazar is and is not an immigrant, that Cory Booker possesses documents that are and are not forbidden, etc.)

Meanwhile, I see Mueller just subpoenaed conspiracy theorist Jerome Corsi to testify about Russia collusion. Maybe Corsi really knows something relevant in a narrow way, but it would almost serve the establishment right if he ended up seizing the opportunity to testify before Congress in rambling fashion about all his reasons for thinking that the government murdered JFK, that the Shroud of Turin is real, and all the rest. When in doubt, and we should always be in doubt, stir the pot.