Does this pattern of gender bias ultimately deform his writing? 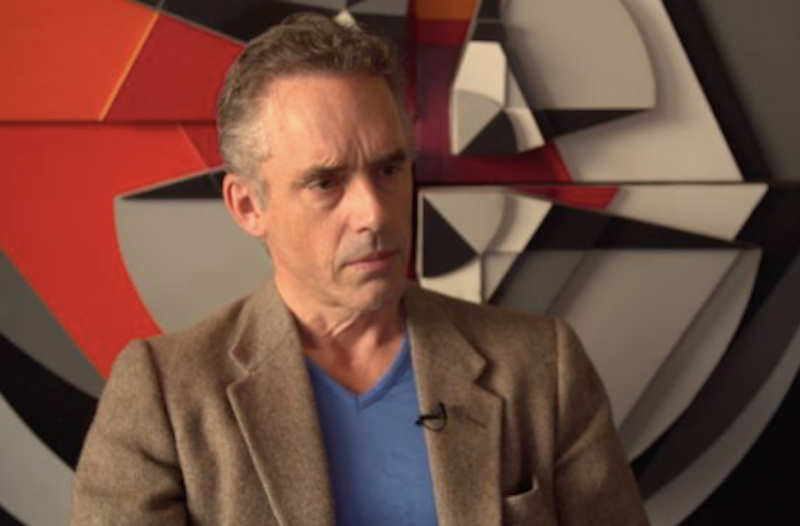 Last week, Politico published an interview with Jordan Peterson, the would-be philosopher whom The New York Times has called “the most influential public intellectual in the Western world right now.” That’s an astonishing claim. I guess the list of also-rans depends on your definition of “public intellectual.” The Dalai Lama? Jeffrey Toobin? Chimimanda Ngozi Adichie? None of them, apparently, can compete with this cantankerous psychologist. Peterson’s become a household name because he brings an erudite and literate background to his conservative brand of self-help. He reads like somebody who supports spanking and abhors socialism because he has read Jung and Dostoevsky, instead of someone making a bunch of blinkered assumptions because he hasn’t.

For his progressive critics, Peterson proves absolutely maddening. He’s taken all the hallmarks of an educated, liberal mind, and put them to work for Fox & Friends. If you want to understand the kind of rhetorical pressure that the American right wing is bringing to bear right now on the cultural mainstream, think of it in terms of Peterson and J. D. Vance combined. Vance’s Hillbilly Elegy is an apology for the right-wing thinking of rural Americans, which he identifies with inarguable values. Peterson, meanwhile, is an educated man disgusted by the left-wing politics of some American academics; he reacts hyperbolically, declaring,“There are no conservatives in the university environment.” In tandem, as the bedfellows they are for this cultural moment, Vance and Peterson have some very good news for conservatives. If you’re conservative and provincial, don’t worry: you’re just cleaving to your values. If you’re liberal and well-educated, on the other hand, that’s because you’ve misread T. S. Eliot, Friedrich Nietzsche, and the Book of Genesis.

Here’s the approach to Peterson that makes the most sense to me: stop and think, before criticizing him, about the people he is really trying to reach. After all, his book is primarily a self-help document. Peterson works very hard to convince his readers that “incremental change,” as he likes to call it, is the key to changing oneself and the world. His examples of such changes are, for the most part, both harmless and concrete. Nobody’s going to suffer because some Peterson fan is trying to stand up straight and be more assertive. His most enthusiastic readers are inevitably going to be people frustrated by stagnant lives, behavioral disorders, or mental illness. Giving them a glimpse of possibility isn’t an especially novel thing to do, but there’s nothing wrong with talking sense and dispensing hope.

Peterson’s book 12 Rules for Life has serious flaws. It is, in fact, an excellent guide to the kind of slippery, bombastic writing that takes over when a writer’s basic tools—reason, knowledge, and imagination—are sacrificed to the cult of confidence. Peterson knows what he’s experienced, and he knows what he believes, and since it’s worked pretty well for him so far, it’s impossible for him to understand that none of that makes him right about other people’s lives.

For example, Peterson refers constantly and compassionately to romantic difficulties in the lives of young men, but almost never tries to imagine what’s worst about growing up as a woman. He writes, “It is Woman as Nature who looks at half of all men and says, ‘No!’ For the men, that’s a direct encounter with chaos, and it occurs with devastating force every time they are turned down for a date.” That clearly metaphorizes women as chaos in a book subtitled “An Antidote to Chaos.” So what is this book, exactly—the antidote to women? Of course not, replies Peterson. I’m merely describing the role that women play at certain times in the psyches of certain men. But what about the woman’s psyche? What about the chaos that an alcoholic partner introduces into her life? What about the chaos that ensues when her husband loses his job? What about the pain of being rejected, as a romantic possibility, because she’s too far from being one of those fantasies to which men blithely cling? Are these not realities for half the human race?

It’s Peterson’s right to put his focus where he likes, but this pattern of gender bias ultimately deforms his writing. He simply cares more about men, so he loses his grip on the topic he’s chosen: life as a whole. Carried along by swift currents of belief, he doesn’t even notice what’s missing from his narrative until other people point it out. Then he gets defensive: “Like, this whole split of the world into one privileged gender compared to the other is—I think the whole viewpoint is pathological.” But nobody need invoke the wider world to poke holes in this manifesto. 12 Rules for Life grants privileges to men, as a text, that it denies to women, especially in terms of the right to compassion.

Peterson might object that he does, in fact, describe one woman’s nightmare: “I remember discovering (with her) that [she] had been shocked into years of serious post-traumatic stress disorder—daily physical shaking and terror, and chronic nightly insomnia—by the mere expression on her enraged, drunken boyfriend’s face. His ‘fallen countenance’ (Genesis 4: 5) indicated his clear and conscious desire to do her harm. She was more naïve than she should have been.”

Consider this description for a moment. Peterson presents us with a woman overreacting to her boyfriend’s facial expression. She apparently deserves to be called naive (unlike the young men on dates, who are having primal confrontations with the Chaos of Being, for which apparently nothing can prepare them). But more importantly, what is the reference to Genesis doing there? Well, it’s seemingly Peterson’s way of affirming that this woman detected something genuinely malevolent in her boyfriend’s demeanor. I’m writing this as a man, but I’d be hard-pressed to think of any woman who’d spend even a second doubting the client’s intimation of harm. We live in a world where men hurt women, physically and mentally, and where such abuse falls disproportionately along gendered lines. Women know this; they have to know it in order to keep themselves safe. But Peterson hides behind his Biblical seriousness in order to avoid making any connection between one woman’s PTSD and her society’s patriarchal traditions.

Peterson isn’t exclusively interested in young men facing rejection on Saturday night; he also feels strongly that other people aren’t raising their children right. Freud makes an uncredited appearance as the thinker behind the idea that certain children have parents who blindly raise them to be imperious, narcissistic “God-Emperor[s] of the Universe.” That is “the unstated goal of many a mother, including many who consider themselves advocates for full gender equality.”

Sure it is. Who could possibly bother arguing with this? He has no facts on his side; either you agree with him or you don’t. (As it happens, I do, but it simply doesn’t matter.) Peterson then suggests specific ways of punishing small children so that they don’t turn out to be little monsters. You can flick them with your finger if they act out at a restaurant. In really serious cases of misbehavior, you can spank them. According to Peterson, as long as they are a last resort, spankings are congruent with a philosophy of applying the least amount of necessary force when meting out punishments.

Again, I want to stress the relative harmlessness of what Peterson has written. Suppose thousands of parents take him at his word, and occasionally spank their children. Big deal. It’s been like that before in our history, and life went on. It wasn’t child abuse then, and it isn’t abuse now, but that doesn’t make this smart parenting or clear thinking. For one thing, it’s unnecessary. Plenty of children, myself included, were raised without ever being spanked, so obviously “a minimum of force” can entirely exclude the recourse to physical violence. For another, it sends the wrong message. It teaches the child that morality is founded on threats and violence. (Yes, something to that effect was the message of Nietzsche’s Genealogy of Morals, but I don’t automatically believe everything Nietzsche said.) Parents can enforce rules and set clear boundaries in a variety of ways. The reason Peterson emphasizes spanking is simple: that’s what he knows, and that’s how he raised his kids, and it worked for him.

Peterson loves the idea that the prevailing wisdom is against him. If people shudder at the thought of spankings, it’s that much more important to be the voice of sanity, crying in the wilderness. If feminists are at fault when “men are… discouraged at every level of society now [from taking] their place in the world,” then the only moral attitude one can reasonably adopt is one inimical to feminism. Problem is, Peterson’s continually obliged to distinguish between that which is true because everyone believes it, and that which is true despite what everyone believes. Socialism, in one form or another, has been around for a very long time, but that doesn’t raise it in Peterson’s estimation. Slavery has (at best) a recent and partial history of being abolished, but Peterson staunchly opposes it. He’s terrified of universities falling prey to the left, but he gives the evangelical right a free pass, unconcerned with the balance of power in American congregations. His distinctions are arbitrary, as is the content his “conservative” sensibility aims to conserve.

That’s too bad. There are very good reasons why feminism has become a target of widespread discontent and frustration. There are certainly problems endemic to modern parenting. There are practical limits to the extravagant tolerance that some on the left want to see ramified, enforced, and extended ad infinitum. There’s a place for sharp, common sense criticisms of academia’s latest cul-de-sacs. I’d merely remind Peterson, and his readers, that when Ta-Nehisi Coates had something critical to say about society, he wrote an open letter to his son. You can’t blame Coates for wanting to impart those words, and I can’t help wishing that Peterson had done the same. Written a letter. Chosen an audience. Praised the God of all. And let the world be the world.