Two Books That Aren’t About Trump 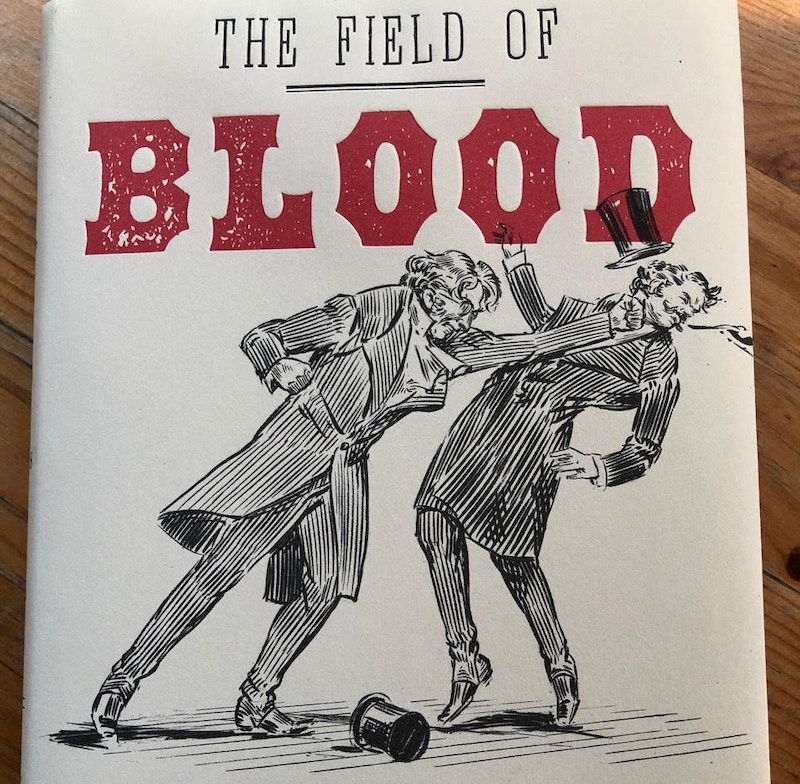 If you’re tired of the political drama emanating from Washington and not inclined to pick up Bob Woodward’s new book, let me suggest some alternative reading for you. Two new books (each with publication date Sept. 11) offer valuable looks into realms far removed from the all-Trump-all-the-time news cycle. One is on pre-Civil War politics, the other on logic.

And yet, these books do provide some perspective on current-day politics. Despite their very different focuses, each in its own way gives guidance for our polarized times.

The Field of Blood: Violence in Congress and the Road to Civil War (Farrar, Straus and Giroux), is by Joanne B. Freeman, a professor of history and American studies at Yale. She tells the story of how lawmakers not just insulted and threatened but physically assaulted each other in the run-up to secession and war, as when Rep. Preston Brooks (D-SC) responded to an anti-slavery speech by Sen. Charles Sumner (R-MA) by beating Sumner nearly to death with a cane.

The tumult of the pre-Civil War era carries echoes that may seem familiar. Opposing political sides increasingly were prone to believe conspiracy theories about each other. A new technology—the telegraph—spread true and false information far and fast. Politicians scrambled for public attention. Moderation and civility became difficult or impossible.

Freeman draws on a forgotten (until now) contemporary observer named Benjamin Brown French, a political operative and bureaucrat who left behind voluminous diaries. Originally from New Hampshire, French spent decades in D.C., his friendships and allegiances shifting, including from Democrat to Republican, as his hostility toward slavery’s congressional defenders grew.

Contemplating our own time, one might read The Field of Blood as alarmingly suggestive of how our political institutions and social fabric could fray. I’m more inclined, however, toward an optimistic take on its current-day relevance: that the history Freeman recounts is far worse than anything occurring in America today, so our problems seem comparatively manageable.

The Art of Logic in an Illogical World (Basic Books), is by Eugenia Cheng, a mathematician and Scientist in Residence at the Art Institute of Chicago. Her previous books How to Bake Pi and Beyond Infinity aim to combat “math phobia,” as she puts it. Her new book seeks to explain the tools of logic as used by mathematicians and demonstrate their relevance in everyday life—and particularly in helping think through divisive political and social issues.

I suspect some readers will be put off, and others attracted, by Cheng’s emphasis on ideas and terminology associated with left-wing identity politics: “white privilege,” “male privilege” and so on. However, her applications of logic can provide a fresh look at well-trodden debates.

For instance, she presents an insight into privilege based on drawing a cube-like diagram of arrows such as might be used to demonstrate numerical relationships. Those who are rich, white and male have three types of privilege and so are atop the cube; those with fewer or none of those privileges are correspondingly lower. Yet she points out that this misleadingly suggests poor white men have social status equal to rich white women or rich non-white men.

She writes that “this provides a logic-based account of why some poor white men are so angry in the current socio-political climate—because they are considered to be privileged from the point of view of number of types of privilege (white and male), but they are in reality less advantaged than many people who count as having fewer types of privilege than them.”

The power and limits of logic and math lie in abstraction. Those fields allow undeniable truths to be stated, precisely because such statements apply only to an abstract realm. Whether or how much any abstract concept applies to the real world is always less clear-cut. The Art of Logic in an Illogical World is a helpful guide to thinking more clearly even—or perhaps especially—about messy real-world issues such as those of our current troubled politics.