Cory Booker and Paul Krugman play to their bases. 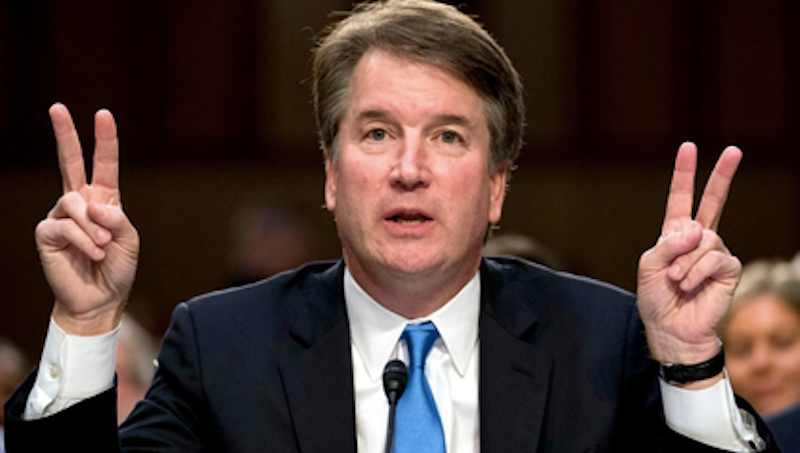 As American politics becomes more polarized, the poles are becoming more thoroughly infested with people intent on enforcing dogmatic purity on their own side and on performing their own purity in order to claim leadership in their faction. It’s growing more theatrical, as politicians and columnists create themselves as fictional characters, sheer and flimsy embodiments of their supporters' or readers' hatred for their opponents. They compete to represent themselves as personifications of an emotional/political/demographic group. Perhaps it's of a piece with the emphasis on representation in all aspects of politics right now, on the liberating potential of Hollywood films or the terrible oppressions committed via Facebook. This politics of representation, combined with the routine extreme narcissism of the political personality, has been particularly conspicuous with regard to the nomination of Brett Kavanaugh to the Supreme Court.

Watch Cory Booker, for example, or Paul Krugman—two people I might’ve thought of 10 years ago as Al-Gore-Arne-Duncan globalist technocrats—as the wheels turn and they ask themselves how they can stage their opposition and re-create themselves as heroic characters in the new theatrocracy. They enter a world in which theater is central to politics, as in ancient Athens or Richard Wagner's Beyreuth, where politics was opera and opera politics. The only real difference is the greatest imaginable gap in quality.

Booker portrays Spartacus, Krugman Cassandra. As the hearings began Wednesday, the Democrats appeared to stage a yap-in, demanding a delay or suspension of proceedings. Then they backed off. But in a pre-interruption before the questioning of Kavanaugh on Thursday, Booker portrayed himself simultaneously as Rosa Parks and Ares, god of war. As best he could from behind that desk, in other words, he started posing for the statue. "This is as close as I'll get to my 'I am Spartacus' moment," he said, apparently thinking of himself as Kirk Douglas leading a rebellion of Hollywood extras. "I come from a long line, as all of us do, of Americans that understand what that kind of civil disobedience is and I understand the consequences. So I am, right now, before your process is finished, I am going to release the email about racial profiling and I understand that the penalty comes with potential ousting from the Senate. If Senator Cornyn believes I violate Senate rules, I openly invite and accept the consequences of my team releasing that email right now… Bring the charges."

However, it does appear that John Cornyn and Chuck Grassley had agreed to release the contested email the night before, shortly after Booker's staff submitted their request. Now, perhaps this was specifically an attempt to make Booker's gesture—of which he'd given a bit of a preview the day before—look ridiculous, though Grassley, the chair, had been acceding to some extent to similar requests over the previous days. Either way, Booker's performance was bizarrely overblown and presented primarily as a self-celebration. And the email itself was hardly dispositive. When it came time to ask questions, Booker accused Kavanaugh of being a screeching right-wing ideologue, probably a racist, and of concealing that and many other compromising facts about himself. Then he expressed his respect for the nominee and his wonderful family.

The tone of voice and the rhetorical strategy—which could be summarized as hectoring, hysterical hyperbole—perhaps owes something to Donald Trump. Many of the people who take themselves to be doing battle with Trump—New York Times columnists, for example—seem to think they need to match him slogan for slogan and insult for insult. They no longer even pretend to consider what might be said on the other side, for example, and the question is never what is actually happening but how they can use whatever it may be as a club to bash Trump and his followers. This entails that they are failing by their own previously-stated standards of rationality and honesty. And I suspect this tribute to him does not really worry Trump, as the style comes to him with perfect naturalness and is deployed with evident glee, while they, putting it kindly, are still acquiring the rudimentary skills required.

Krugman, for example, has cultivated a propensity for declaring the apocalypse on the slightest of occasions. Indeed, Times columnists declare the end of the Republic itself as the likely consequence of any given Tweet. And the author of the famous anonymous op-ed seems as intent on portraying himself as an American hero as on actually saving the nation. I think the columnists think they're trying to motivate resistance, but they'll find they have no rhetoric left for the real crises to come. After Trump's summit with Putin in Helsinki, The Atlantic went with the headline "The World Burns." The Times preferred a sub-head to the effect that "The world is on fire." Krugman's September 6 column was headlined "Kavanaugh Will Kill the Constitution."

"So who is Brett Kavanaugh?" asks Krugman, after having presented an unbelievably slanted portrayal of his record, reciting every fact he can make appear damning to a purely left-wing audience, repressing anything that makes the other way. "If he looks like a right-wing apparatchik and quacks like a right-wing apparatchik, he’s almost surely a right-wing apparatchik. Which brings us to the coming constitutional crises." If Kavanaugh ends up being the vote that strikes down the ACA, Krugman argues, the Supreme Court will be discredited forever. "Policy substance aside, this would destroy the court’s legitimacy, making its naked partisanship—based, again, on two stolen seats—clear to all… A vote for Kavanaugh will be a vote to destroy the legitimacy of one of the last federal institutions standing."

From Krugman's howling I turned to the hearings themselves, and saw a bland but obviously sincere man named Brett express his devotion to the Constitution and the non-partisanship of the judiciary, over and over again. I heard him give reasonable responses about executive power, for example, though I suspect I strongly disagree with him on that. He avoided Roe, but everyone does. If he turns out to be more moderate than Neil Gorsuch, however, that won't surprise me. Picturing this aptly-named Brett as precipitating the terminal crisis of the Republicis difficult, and I expect we'll muddle through somehow. If we don't, he's not liable to be the reason we didn't.

Both Booker and Krugman purport to be appealing passionately to the last few decent Republicans. But they, and everyone else, know that their only audience is their own base and readership. They’re enacting a furious purity to motivate people who already agree with them, to jack up the rage, perhaps hoping for a spike in fund-raising. Krugman's column, to say nothing Cory Booker's statue, is rank demagoguery, and no one right now seems able to detect that in people they agree with. It's obvious that Booker is already running in the presidential primaries. Meanwhile, Krugman and various other MSM people have trapped themselves at the End of All Things simply by having maxed out the rhetorical possibilities two years ago. They've got nowhere left to go.