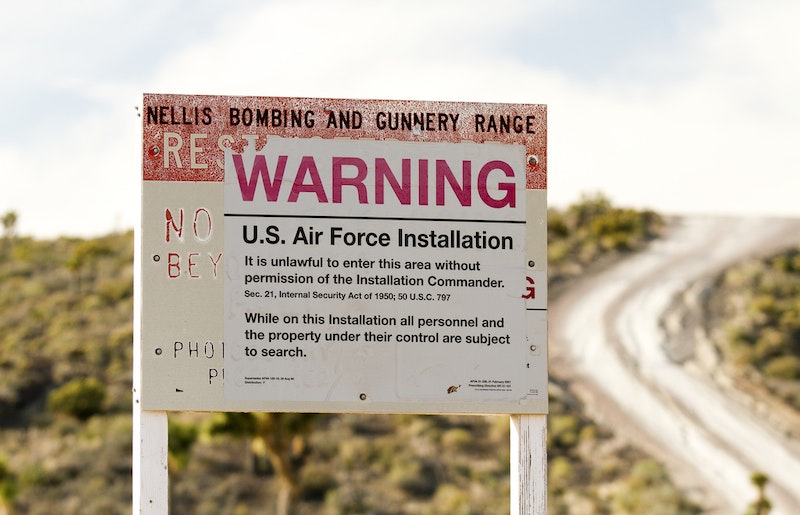 Please tweet at me with the hashtag for whichever of the first two of these conspiracies, Trump’s or Hillary’s, matters to you more.

Or to put it another way: both Donald Trump and Hillary Clinton have expressed sympathy for popular conspiracy theories. Perhaps they are right to do so (I am in general more agnostic than people realize). So if, just hypothetically, learning the truth about their respective conspiracy theories were entirely contingent upon which of them got elected president this year—and this was the only way you’d learn the truth on this topic, and you’d never know the truth about the other conspiracy but only be left wondering—who would you rather see win?

1. Donald Trump, in addition to showing “birther” and anti-immigration tendencies, has hinted that there’s something fishy about the Bushes resisting investigations of the Saudis post-9/11 and about Obama doing so little to stop either ISIS or the Iranians. He may have some mistaken theory about what’s going on over there, but I don’t know that his paranoia is any more dangerous than, say, Rubio’s hawkish confidence. With all the covert double-dealing that goes on in the Middle East, maybe President Trump would bring interesting, very important things to light.

2. Hillary Clinton—likely due in part to her husband’s old ties to the late Laurance Rockefeller, a wealthy political donor and UFO “disclosure” advocate—vowed just days ago that if elected, she will reveal the truth about U.S. government investigations of UFOs: “Yes, I will get to the bottom of it.” Her campaign chairman, John Podesta, is also an advocate of UFO disclosure, though it should be noted he has advised two prior presidents—Bill Clinton and Obama—without revealing much on this topic.

3. Nikola Tesla’s ghost, if such things existed, might well be anti-Trump in this year’s election, since, believe it or not, it was Trump’s uncle John who officially examined the items left behind by the famed inventor upon his death and announced them to be of no new scientific merit, contributing to most people (rightly, I think) concluding that Tesla’s obsessions in his later years, such as building a death ray, were largely nonsense.

4. X-Files returns with a new season on the 26th of this month, after a fourteen-year hiatus, and it appears the show will tie the much-debated 1947 Roswell crash to today’s Snowden era, which is perfect for this series. But be careful, David Duchovny and friends: the late-90s series Dark Skies delved much more faithfully and thoroughly than X-Files into what conspiracy theorists actually believe about ties between UFO sightings and the national security state—and as a result, the Dark Skies producers claim, they were repeatedly contacted by men who seemed convincingly to be from Air Force intelligence, who said they were very keen to offer guidance on the show’s content—and seemed somehow to have gotten an advance screener of the pilot episode before it aired. The spooked producers claim they ultimately said no thanks.

5. Jesse Ventura is a professional conspiracy theorist, but he doesn’t strike me as an outright liar—more a frustrated would-be truth-teller if anything—and, interestingly, he says that immediately upon taking office as governor of Minnesota in 1999 he was visited, as if it were standard procedure, by a large and intimidating contingent of CIA agents wanting to know his political agenda and intentions. I do not claim the CIA is all bad (intelligence is necessary), but this incident makes me think that a good caveat to skepticism about conspiracy theories is to concede that any theory involving the CIA may be true.

6. Moonwalkers, out next week, is a comedy about the oft-made claim that Stanley Kubrick helped fake the first moon landing at the behest of the CIA. I think that’s the point where even radical agnosticism must give way to dismissal, though, since special effects of the 60s likely would have made it harder to fake going to the moon than to just go there. The film might be good for a laugh, though, and it’s got Rupert Gint and Ron Perlman.

7. Fingerprints of the Gods was a fringey book out twenty-one years ago (with a sequel out last year) arguing that civilization has risen and fallen more times, in the more distant past, than we usually acknowledge—and that a big flood about 10,000 years ago may have destroyed some of the evidence while giving rise to various flood myths. The evidence for ancient tsunamis may be overstated but some scientists contend there’s evidence for a big Indian Ocean asteroid strike around then. Then again, perhaps tales of anomalous fossils show that we don’t understand the past half as well as we think we do.

8. Faking the existence of the dinosaurs, however, seems implausible to everyone—except one player on the Rams (h/t Franklin Harris). The real conspiracy here may be religion, which, alas, obscures many truths in the minds of many people.

9. Flat Earthers, to my amazement, seem to be making a comeback, sometimes motivated by the belief that the Earth described by religious texts is flat. This twenty-five-minute pro-Flat-Earth-theory British documentary on the topic is revealing—not about the shape of the Earth but about the lengths to which flatness-believers will go, and the money some of them apparently have to spend, to promote their view. For the longest time, I thought modern-day Flat Earthers were all literally joking, but the number who are serious seems to be growing. They will even insist that airlines fake flight paths to dupe the public into thinking the planet is round—and they have apparently even managed to convince one former airline pilot this is true, so there are limits to what the evidence of one’s own eyes can accomplish, I fear.

10. George H.W. Bush may be a swell guy, but he sure does make a convenient intersection point for multiple conspiracy theories, being a former CIA head possessing real ties to everyone from JFK to John Hinckley, some of them alluded to in this litany from political consultant turned conspiracy theorist Roger Stone, a litany linked to sympathetically by ex-Reagan staffer David Stockman and originally posted on the site of libertarian Lew Rockwell, which is quite an odd political conspiracy in itself, I admit.

My one caveat to my earlier CIA caveat is that even if we believe in all of the conspiracies supposedly orchestrated by that organization, it doesn’t appear to be helping Jeb in the polls much. There are limits to power, I guess.

11. Oliver Stone, himself a conspiracy theorist, appears to have conspired to pilfer some film and TV ideas from the work of David Lynch, and this under-viewed video by Jeff Keeling (h/t BleedingCool) succinctly and convincingly argues that Lost Highway was Lynch’s vengeful retort. Watch it to tide you over until next year’s new Twin Peaks season.

12. If Obama and the CIA and the Saudis, et al, have directly or indirectly funded ISIS, and the irked U.S. military has now coordinated with Russia and Syria against the policy, as Seymour Hersh recently suggested (and as books by real ex-government staffers such as Visas for al Qaeda by J. Michael Springmann imply), shouldn’t we abolish the presidency, the intelligence community, and the military as traitorous – mainly to avoid dangerous in-fighting in the government? I mean, just to be on the safe side. Just leave unlimited guns in private hands and, like the Green Mountain Boys before us, I’m sure we can fend off any resulting opportunistic invasion. (Of course, militias can create their own brand of trouble, as current news suggests, so we will revisit that topic in another column.)

13. Look, I don’t pretend to know what nefarious activities, if any, go on behind the scenes in this crazy world. But that in itself raises an important question: How comfortable, really, are you saying, “I don’t know”? I am fairly confident that one way or another, whatever goes on in this world, we will be a conspiracy of dunces if we don’t get comfortable admitting that.

In the meantime, though, remember: just tweet at me which you’d prefer to have revealed, #TrumpTruths or #ClintonUFO, and we’ll see how much hunger for which kind of “truth” is out there, wherever that is.