From DC to Venezuela, rules matter. 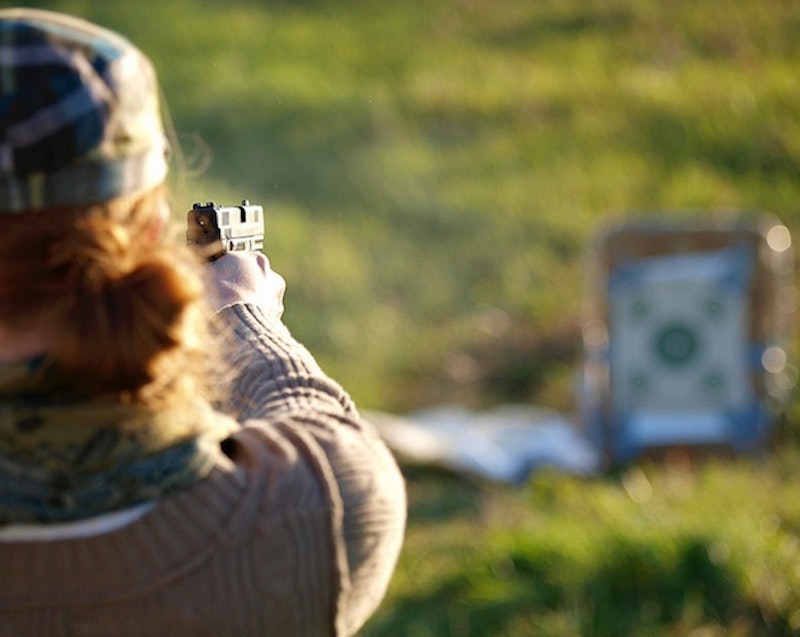 It’s not just the gun-seizing that worries some of us—though with countless stories about cops firing shots wildly, committing crimes, or simply running away from danger, I don’t know how any remotely sane person could want to see ordinary, non-cop citizens deprived of the means of self-defense.

The other troubling thing about Obama sounding likely to issue new gun regulations through executive orders in his final, desperate year in power is his stated underlying rationale that Congress “failing to act” is sufficient reason for a president to do so. What things couldn’t a frustrated president justify in that fashion? From domestic policy to military action, there’s always some crisis—and, admittedly, almost always some arguable legal rationale for the response rather than just lawless “action.”

Still, I hope you’ll concede that fear of unilateral action—a fear rooted in constitutional law and a respect for process—is slightly more sophisticated than a mere hillbilly love of powerful gunshots, not that I have any real objection to a hillbilly love of powerful gunshots. (I also find myself longing to write a song based around this actual headline in the news in the other day, though it turns out it has nothing to do with guns: “Missing Country Singer’s Dog Was Found Alive with Friend’s Body.”)

If one is even slightly tempted to skirt normal legislative processes—or ignore the Second Amendment—over guns, it’s worth (A) noting that gun crime is way, way down despite the recent uptick in hype on the topic and (B) asking, as conservatarian Charles C.W. Cooke does in this clip (h/t Judith Weiss), whether you’re at all sure you have in mind clear, specific proposals that would even make a difference in the kinds of gun crimes you’re trying to prevent. I’ll bet you aren’t.

Meanwhile, Marco Rubio, still hoping to become the default establishment candidate for non-Trump-supporting Republicans, last week floated the risky idea of a Constitutional convention, saying he thinks it could be used to create amendments imposing term limits and balanced budgets—without going astray and leading to various other crazy amendments—or, say, the repeal of the Second. I don’t think I’d want to take that gamble unless I were a fairly bland conservative politician trying to attract attention shortly before Iowa.

We could be in worse shape, though: In Venezuela, the judiciary appears to have intervened to reduce the number of legitimate opposition-coalition members of the national legislature just enough to deny the coalition the two-thirds supermajority needed to repeal vast powers granted to the government that were written into the Venezuelan constitution under socialist Hugo Chavez. Crises and revolutions tend to ratchet up government power, and normal constitutional procedures can make it hard to ratchet back down, frustratingly.

Still, better to keep squabbling via lawyers and legislatures than shooting each other in the streets, whether here or in San Felix. When the politicians no longer even feel the need to keep up legal/constitutional appearances, we have real trouble. Maybe that will be the next phase.