Advice for the Democrats

The blueprint of an unabashed liberal. 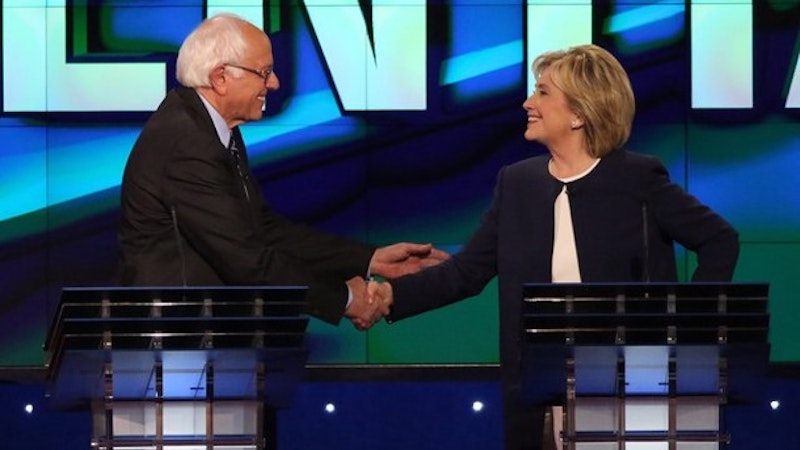 I’m a liberal Democrat. This has virtually always been true, though my views on specific issues have changed over the years. I’m a white, Jewish guy. I’m almost an absolutist for the First Amendment, particularly the part about freedom of speech, and am appalled about the new trend to add an exception to the First Amendment, that speech is free unless it hurts someone’s feelings. Is this an efficient use of tax dollars? Confederate flags can be easily removed from buildings, but Confederate statues cost money to move, government money better spent helping people with real problems.

I’m equally appalled at the Republican idea that the part of the Second Amendment about the right to bear arms preempts the line in the preamble to the Constitution about ensuring domestic tranquility. Let’s not even mention the idea that the government should get out of the boardroom and back into the bedroom. (Isn’t birth control the best way to limit abortion?) I’ll vote for Hillary Clinton if she gets the Democratic nomination, but not because it’s the “turn of a woman.” I supported Barack Obama in 2008 because I thought he was the best candidate. Clinton will be better than any Republican possibility, as will Bernie Sanders. The Republican crowd is horrendous. The GOP campaign can be fun to watch for Democrats, but there’s one thing we have to remember before taking too much pleasure. “Never interfere with your enemy when he is making a mistake” is a quote famously attributed to Napoleon. Logic holds that the enemy can do himself damage—let the enemy do your work for you. A victory over your opponent based on his errors is a victory, but it may not last as long as a victory based on your skill.

So what should Democrats do? Start with keeping the White House. Don’t assume it’s a given. Unite after the convention, not before. Clinton will be a viable nominee, but she hasn’t yet earned that right. If she has to fight for the nomination, it makes her stronger in the fall of 2016, just as her candidacy made Obama a stronger candidate in 2008. Consider new leadership in the Senate and the House. Not Nancy Pelosi or Steny Hoyer in the House, and not Charles Schumer or Dick Durbin in the Senate. Getting the House back is improbable, though not impossible. The Democrats can get within striking distance of taking it in 2020. Liberating the Senate is a strong possibility, with weak Republican senators from the class of 2010 up for reelection. But probabilities, however favorable, are not enough. Pointing to a stupid enemy is not enough. Democrats have to offer positives. Like a good salesperson, Democrats have to offer not just a good product but also a good reason this product will help potential customers (voters).

Historical revisionism, reminiscent of what we used to see in the old Soviet Union, offers little. Spending money in itself, for however good a cause, offers little. Renaming mountains by proclamation offers little. How can we use some silly statues as a way to explain the Civil War, whose recent 150th anniversary was virtually ignored by the media, why men fought so well for a cause that was so bad? What do the statues say about the people who built them, usually more significant than the people honored? Would FDR like a memorial depicting him in a wheelchair? Would MLK like a $20 million statue of him, which left no doubt that the designer has also designed for the Chinese government?

How can we justify every tax dollar spent by every level of government? Convincing voters that particular government spending is good for them is equally necessary in a democracy. Medical care for documented immigrants, even if they aren’t deported, decreases the risk of them spreading epidemic diseases. Helping people avoid total poverty also decreases the chance they’ll resort to crime out of a desperate desire for the basic human instinct of survival. The Democrats need to be less lobbyists for every interest group, no matter how justified, and more concerned about the nation.