Black lives and land use matter. 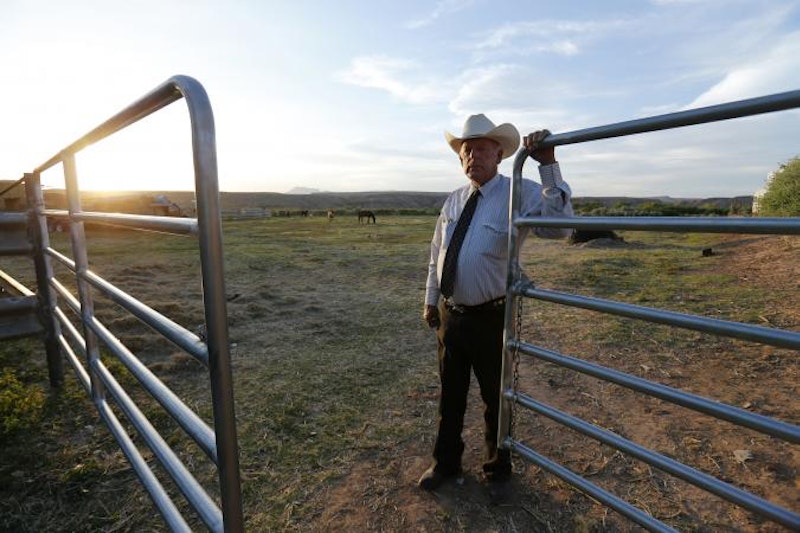 Of course, for many ideologues on either right or left, the distinction barely matters. The left loves Black Lives Matter and loves the Bureau of Land Management as well (suddenly, since whites with guns and ideas about property rights are against it). Most people on the right are just as indifferent, hating the two BLMs equally.

Luckily, we have libertarians, who still care about making crucial distinctions. Much as we might disagree with some of Black Lives Matter’s provocative, ethnically divisive, disruptive, arguably even assaultive tactics, we libertarians would tend to agree that the deeper problem is the police violence against which that movement protests, a manifestation of the government’s inevitable use of force. We similarly recognize that while the Oregon protestors’ tactics may be dangerous—and while there are always flawed or hypocritical actors among protestors—they have some legitimate, long-smoldering grievances against the government.

The left wants us to be outraged if the law in some cases disproportionately targets young black men, and we should be, but shows little interest in whether two men out west are getting sent to prison for five years over minor infractions. Selective enforcement, all parties to this discussion should agree, is a dangerous thing, whether blacks alone are being stopped for minor traffic violations or extra-harsh sentences are meted out to the last two ranchers on a huge chunk of land the government has been slowly but surely trying to nationalize for years (h/t J.D. Tuccille). Either way, the common theme here is that government is a criminal organization, prepared to murder you for your defiance.

A timeline of the government’s abuse of the Hammond family (h/t Andrew Stover) suggests a repeat of a common Kafkaesque governmental tactic. First, lure the targets into years of minor violations that seem common-sensical, technically illegal but part of life, and are even committed in some cases with the collaboration of government (in this case, controlled burns to prevent larger fires, such as ones orchestrated by the government itself, which also result in occasional broader accidental fires). Then come down on them like a hammer, calling them poachers and arsonists and citing chapter and verse of the law, once you need to get rid of them.

It’s like a local cop smiling conspiratorially at your weekly drink in the park until you piss him off and then him suddenly being willing to kill to enforce open container laws. (This is not to excuse any truly heinous crimes from the Hammonds’ pasts likely to be dug up and loudly trumpeted in the days ahead.) I’m reminded of the rich man killed by cops decades ago out west when his house was raided, ostensibly to search for drugs, after law enforcement had consulted with the Forest Service about what a lucrative piece of real estate the man owned and what a nice addition it would make to local public land.

But the left is in no mood lately to tolerate bad behavior by whites or gun owners, so, for example, leftist site RawStory is already slamming ABC News for not denouncing the Oregon militia men strongly enough, more than one leftist in my Facebook feed wants drone strikes on the protestors, and Jezebel suddenly posts a history piece about the state of Oregon’s explicitly racist founding—this last one, I guess, needed so that if the protest spreads, the left already can be ready (in spirit) to abandon a whole state in order to side with the feds instead of some armed white guys who live there. That’s commitment, young government-lovers!

The spirit of the 1990s in Portland be damned along with the rest of that terrible, evil, fascist, hillbilly state, says the left. Or we could err, always, on the side of at least listening to people with grievances against government. And as long as we insist on the stupid, muddled method of collective ownership, as we do with some one third of land in the continental United States, rest assured there will be grievances.