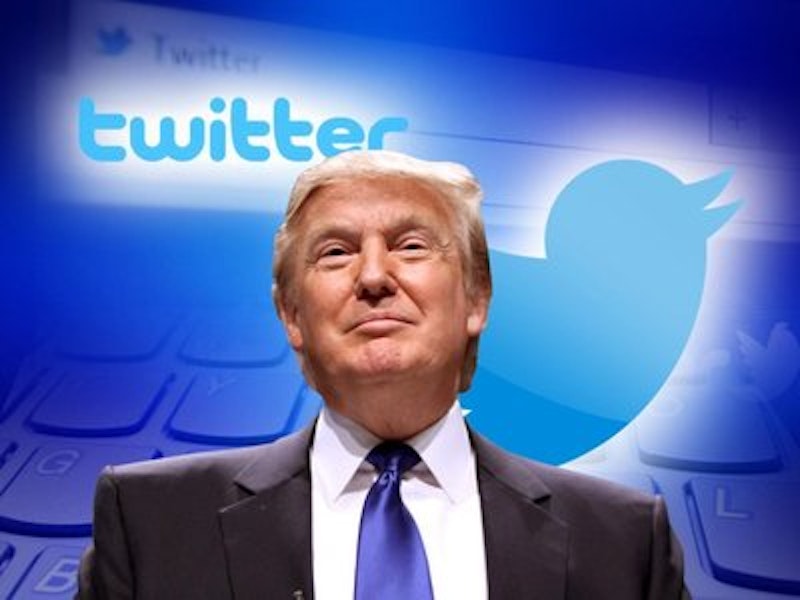 "In addition to winning the Electoral College in a landslide, I won the popular vote if you deduct the millions of people who voted illegally." Most discussion of Trump's recent tweet has focused on the fact that it is a brazen lie, based on no evidence. People have also pointed out that Trump is directly undermining election legitimacy, and potentially laying the groundwork to refuse to vacate the White House if he should be defeated for reelection in 2020.

What's less discussed is the fact that Trump's tweet is a paranoid racist fantasy, and an effort to leverage prejudice for authoritarian ends. Trump did not pull his tweet out of nowhere. Conservative grifters and conspiracy theorists have been fanning racist fears about an immigrant takeover of the United States for years. Before the election, Trump argued, "I think this will be the last election if I don't win. I think this will be the last election that the Republicans have a chance of winning, because you're going to have people flowing across the border, you're going to have illegal immigrants coming in, and they're going to be legalized, and they're going to be able to vote." It's the same note Trump struck with his birther conspiracies about Obama. The black and brown foreigners are taking over. The black and brown foreigners are corrupting the system. Extraordinary measures are needed to give America back to Americans.

In analyzing Trump, commenters have trouble seeing the connection between his racism and authoritarianism. Everyone knows that fascists are racists, but the racism is nonetheless often seen as an added bonus evil. Hitler suppressed dissent and he murdered Jews—two bad things that aren't necessarily directly connected. Race is almost completely ignored in the most famous imaginative texts about totalitarianism as well. In 1984, Big Brother persecutes everyone equally; racial difference isn’t mentioned. The Handmaid's Tale mentions that black people are being oppressed in Gilead, but it isn't discussed at any length.

But for the Nazis, racism wasn't incidental to totalitarian policies. It was the rationale. Hitler believed that Jews were responsible for undermining German power and subverting German government. A strong leader, unbound by democratic norms, was necessary because the Aryan German nation was under attack by Jewish and communist conspiracy. Fascism operates via projection and inversion; the evil other is going to impose absolute rule, unless the white hero imposes absolute rule first. For Hitler, racism provided the fear and hate needed to justify massive violence and repression—and then the massive violence and repression were directed to racist ends. Totalitarianism and prejudice were not two different bad things; they were interwoven.

When Trump argued that his judge in the Trump university case was biased because his family had come to the United States from Mexico, he was accused of racism and attempting to undermine the judiciary. Both accusations were correct—but incomplete if seen independently. In fact, Trump was following the usual fascist playbook. He was using racism as a way to attack the rule of law, just as he does in his tweet.

Some, perhaps, hoped that Trump's racism was just an electoral tactic; a way to activate white voters’ white supremacy and get out the vote. With Steve Bannon as chief strategist, though, it seems clear that racism wasn’t just a campaign tactic; it's a plan for governing. When faced with opposition, Trump will argue that he’s the victim of a plot by some marginalized group—immigrants, Muslims, black people, students, Jews—and then use that as an excuse to ignore laws, or seize more power. Simultaneously, his programs to target immigrants and Muslims will require a massive ramping up of security forces and surveillance, which he can use as he will. He has only the one political playbook. We should expect him to use it.