Over-reliance on them is counterproductive. 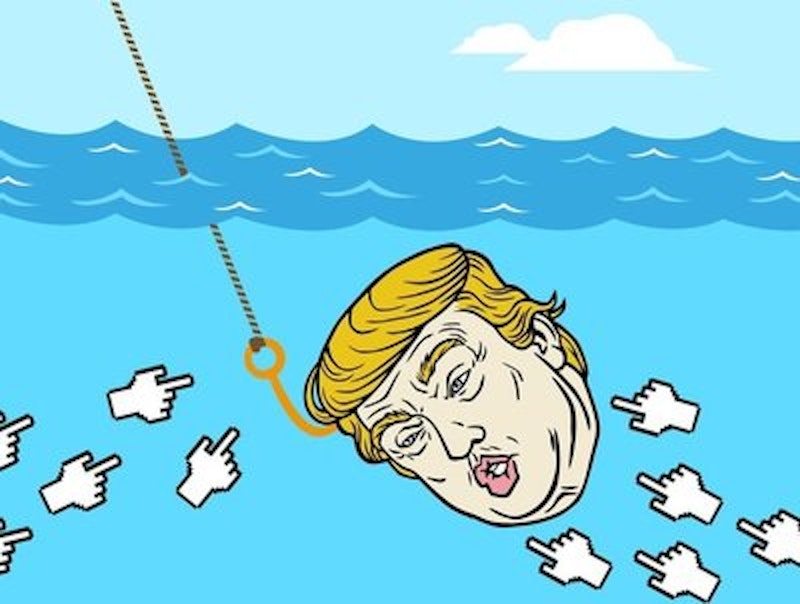 Dictionary.com and the Oxford dictionary have recently announced their words of the year. They're not encouraging, but that's no surprise. A brutal year like 2016 isn't going produce feel-good results on the linguistic front. “Bigly,” “woke,” and “alt-right” didn't make the final cut. The winners are “xenophobia” and “post-truth.”

These selections will provide comfort to some. That we’re now in the “post-truth era” could explain how the U.S. just elected a pathological liar with six bankruptcies, numerous affairs, thousands of lawsuits, and a vile persona. That Donald Trump is now considering instituting what the media is calling a “Muslim registry” makes more sense if you accept the notion that the nation has gone mad with xenophobia.

“Post-truth” is usually applied to politics, denoting a political culture where appeals to emotion overwhelm policy specifics. Talking points are repeated ad nauseam, and factual rebuttals are glossed over. Watch Trump spokesperson Katrina Pierson on TV to see how this works. Her boss is pretty good at it too. “Truth” is not a concept that Trump labors over in any way. The President-elect employs whatever words will benefit him in a given situation. Sometimes they happen to be the objective truth. Winning is all that counts in his world. He's discovered, like all great hucksters, that he can easily get away with dissembling and outright lying, so he’ll keep on doing it.

“Xenophobia” is fear or hatred of foreigners, people from different cultures, or strangers. Trump promoted xenophobia when he said that Mexico was sending rapists to the U.S. during the announcement of his presidential candidacy last year. Xenophobia is as un-American a trait as there is in a nation of immigrants, but it still has a long history here, aimed periodically at immigrants from Africa, Italy, Ireland, Germany, Japan, and India. Demagogues like Trump know to channel the emotion's negative power.

While recognizing that these two words are useful in describing the current political climate, there’s a downside to relying on them too heavily to make sense of things. Those on the political left make the same mistake over and over again of name-calling the people they disagree with. During the Brexit debate, Remainers routinely called Brexiters xenophobes, racists and bigots, as if the vote were a litmus test of one's morality. A desire for more national sovereignty, an uneasiness with globalism, and concern over unchecked immigration are not the defining traits of a xenophobe. These are regular political issues that should be open to debate without people having to fear their character being assassinated.

In the U.S., many are calling everyone who voted for Trump the same names used against Brexiters. On Monday, Somalia-born Abdul Razak Ali Artan, who came to the U.S. legally via Pakistan, went on a car-and-knife rampage at Ohio State University that injured 11. Trump has called for “extreme vetting” for immigrants coming from countries designated a serious terrorism threat. Pakistan is on that list. Millions of Pakistanis would love to see the U.S. destroyed. Is a person supporting this particular policy automatically a xenophobe? It's likely that, with a little digging, authorities could have found something on Artan that could’ve justified keeping him out.

Neighbors of the San Bernardino terrorists last year saw them acting suspiciously, but didn't report them for fear of being called names like Islamophobe and xenophobe. This should’ve sparked a national debate, given that 14 people were killed and 22 wounded in an attack that could’ve been prevented, but the post-truth mainstream media’s afraid of the topic.

Using the post-truth argument against anything that contradicts the liberal orthodoxy is lazy and counterproductive. The organized and vocal left that thinks post-truth doesn't apply to them as well is in denial. The liberal media routinely covers issues in a post-truthful manner that often extends to not even reporting on events that don't jibe with their worldview. This is why they initially refused to even cover the New Year's Eve Cologne sex attacks, and provided only biased coverage of Clock Boy, Ahmed Mohamed, last year when it constantly hammered on the false, unverifiable message that he was arrested only because he was a Muslim.

Any news outlet with predictable reporting on hot-button issues is post-truth. If you rely on a handful of like-minded media outlets to confirm your opinions, you're post-truth yourself. If you're a liberal and say that you can't even find one thing on Breitbart worth reading, you’re post-truth. The same applies to conservatives who feel that way about The New York Times. Donald Trump is as post-truth as you can get, and he fans the flames of xenophobia, but his opponents need to get over that and focus on a realistic strategy to defeat him if they actually want to accomplish something.