It's an old phenomenon with a new name. 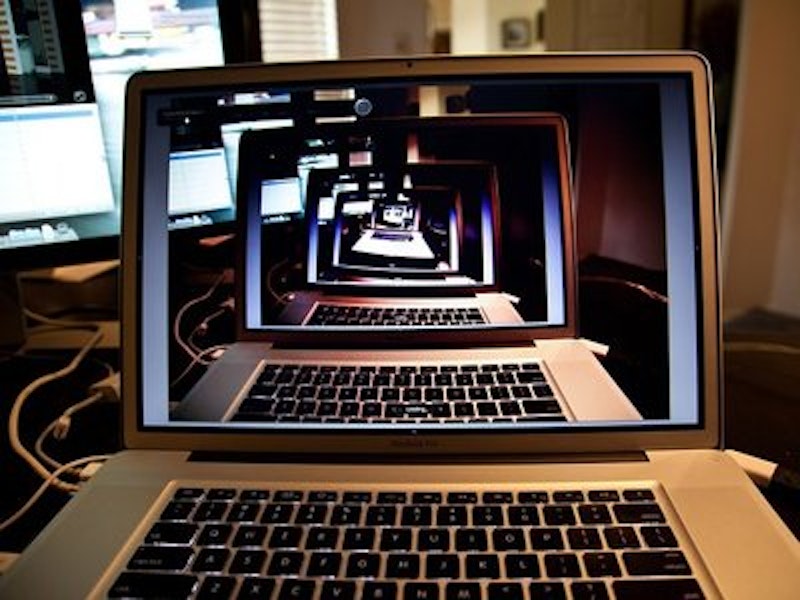 “Can you rule out a registry for Muslims?” asks @ChuckTodd

“I'm not going to rule out anything…” says @Reince on Meet The Press.

The above November 16 Tweet came from the NBC News PR Twitter account (@NBCNewsPR), which bills itself as “The official Twitter feed of @NBCNews Communications.” There's a reasonable expectation that readers of that tweet would assume that Reince Priebus, the future chief-of-staff for Donald Trump’s administration, is stating that the President-elect is considering forcing all Muslim-Americans to register as Muslims as part of an ominous-sounding federal database he’ll compile as a component of his new security apparatus. Only that percentage (whatever it is) of readers who clicked on the link would have learned that the rest of the quote was, “But we're not going to have a registry based on religion.” The other ones who didn't click, and got alarmed, then retweeted the misleading information “as is,” and it spread exponentially. That's fake news, done by a major network.

On November 27, Trevor Noah, host of Comedy Central’s The Daily Show, tweeted this: “In a previous tweet I said Mike Pence supports electrocuting gay people which is not true, he supports torturing them. My apologies.”

What Noah was trying to accomplish isn't clear, but he left readers with the impression that, in fact, Pence merely wants them tortured. The political comedy show host was referencing the support Pence has previously expressed for “gay conversion” therapy, which at one time often included electroshock treatment. That's the “torture” he's referring to, but mental health professionals no longer view homosexuality as a disease, and gay conversion treatments now employ mainly psychological techniques. There is no evidence that Pence supports forcing homosexuals to undergo electroshock therapy, or any other form of torture, but his tweet has been retweeted, without correction, over and over again. Once again, fake news from a source familiar to, and trusted by, many.

Much of the “fake news” that the breathless media accounts inform us about lately, and suggest helped to tilt the election towards Trump, is reportedly originating in Russia. As the two examples above demonstrate, however, this new “enemy” isn't necessarily a foreign one, nor is it a new one, as established media outlets and politicians have been manipulating gullible American minds for years now.

President Obama denounced the fake news phenomenon last week, saying, “If we are not serious about facts and what’s true and what’s not… if we can’t discriminate between serious arguments and propaganda, then we have problems.” This is the same president who repeatedly told Americans that they could keep their healthcare plan under Obamacare, and who’s also stated several times that women make “77 cents on the dollar” compared to men. This claim, repeated by Hillary Clinton and Bernie Sanders, has stoked outrage over the gender wage gap, but it's been debunked by highly credible sources.

“Fake news” doesn't just mean making up a story like Clinton has Parkinson's disease and spreading it on the Internet. Reporting that consistently leaves out one entire side of the story, which Fox News has been doing since its inception as a business strategy, is also dishonest and fake. There's a reason the media outlet has been derided as the “faux news network” for years now. Fox’s Sean Hannity produced what amounted to daily infomercials for Trump throughout the entire election cycle, to cite just one of many examples of this major network’s fake news.

When 2000 men of North African origin who've recently arrived in Germany sexually assault 1,200 German women on New Year's Eve and it takes several days for the German media and the “esteemed” BBC to even report on it, that too is, in effect, “fake news.” People have a right to know of such extreme breeches of public security immediately, and the media is essentially lying to them by waiting until social media accounts shame them into reporting on them.

Huffington Post provides plenty of fake news to its earnest readers, helping to keep them in the bubble that helped produce Trump’s victory. It's hard to get much more fake than giving Hillary Clinton a 98 percent chance of winning, and it's no wonder that the people who bought into that then had to focus on everything from Russian “fake news” to sexism and racism to make sense of the loss, instead of opting for self-reflection.

Fake news is the new equivalent of the Ebola scare of 2014, when the media over-hyped another allegedly existential threat. It's been around for years now, spread by the advent of cable news and the Internet, but now that some Russian trolls are getting in on the action it's been given a new name and a great deal of attention.

Only 36 percent of the American population can name the three branches of government, according to a new survey by the Annenberg Public Policy Institute. The real problem in the U.S. is ignorance, which makes it vulnerable, and “fake news” is merely a symptom of that problem, rather than the big new enemy of the truth Putin’s orchestrating.

Trump knows exactly how clueless most Americans are. He sold plenty of dupes on his crackpot “birtherism” years ago, and during the 2016 campaign he warned that Hillary Clinton could allow 650 million immigrants to pour into the country in one week. Talk about a “Big Lie”! We're in the post-factual era now. The perpetrators are on both the political left and the right, but Trump is the President-elect, and he's about to dwarf the “fake news” power of all the Russian trolls put together.