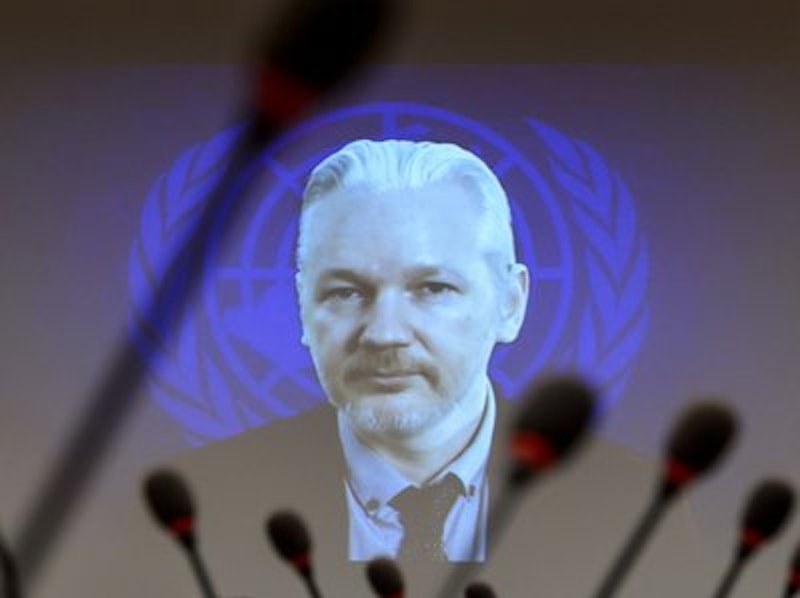 The Trump campaign’s greatest accomplishment may not have been deliberate. The 2016 presidential campaign has been apocalyptic in the most literal sense of the word, and the greatest revelation has been the exposure of the use of mainstream media as an instrument of social control. Back in 1948, as William J. Donovan’s lean and mean wartime Office of Strategic Services was morphing into the heavily-bureaucratized Central Intelligence Agency, two of his brightest protégés, Allen Dulles and Frank Wisner, came up with a practical plan to gain control over print, radio, and television journalism. In 1951, they recruited Cord Meyer, and Operation Mockingbird went fully operational. By the 1970s, DCI William Colby could boast before the Church Committee that CIA “owned anyone of significance in major media.”

The 14 reports issued by the Church Committee in 1975 and ‘76 should’ve put quit to the facile “conspiracy theory” meme employed by Mockingbird operatives to discredit and discourage investigative journalism and public inquiry into suspicious events. I’m guessing that America was too busy with disco, rampant faggotry, Quaaludes, and cocaine to pay attention.

The CIA has a real knack for calling up demons it can’t put down. The whole LSD story reads like slapstick. When they first got their hands on it, they immediately commenced surreptitiously dosing each other, leading to the suspicious death of Frank Olson at Manhattan’s Statler Hilton in 1953. Whether it got loose as an accident or a deliberate attempt to sidetrack domestic unrest into pseudo-spiritual navel-gazing, it hit the street and terraformed a new mutant culture, politically polymorphous and utterly unpredictable.

I doubt that anyone at CIA paid much attention when Frank Tomlinson sent the first email in 1971, or when former Merry Prankster and Whole Earth Catalog founder Stewart Brand discussed playing a game called “Space Wars” on ARPANET, a packet-switching and sharing computer network developed by the Department of Defense to enable continuity of command and control structure in the event of nuclear war. The convergence of LSD and ARPANET led directly to the birth of hacker culture. Nobody saw that coming.

As notorious uberhacker Kevin Mitnick once succinctly stated, “The Internet was not designed to be secure.” Conducting financial transactions on the Internet is risky. Putting secrets on the Internet is idiotic. Anyone who expects privacy or secure communication doesn’t grasp the founding principle of the medium: it exists for the purpose of sharing information. Information wants to be free.

Operation Mockingbird was so successful due entirely to the centralization of information resources available to the public. When news outlets were limited to print, radio, and television, the narrative was easy to control, even back in the 1950s and 60s, when ownership was somewhat diverse. The media mergers in the decades since Ronald Reagan quietly euthanized the Sherman Anti-Trust Act have resulted in six corporations controlling every mainstream media outlet in the USA. These corporations were so focused on the commercial possibilities of the Internet that they failed to notice the activities on the fringes. Most notably, they failed to register the resurrection of true investigative journalism, adversarial journalism, research that challenges the orthodox corporate narrative.

Up until this year, I was fairly dubious about Julian Assange and Wikileaks. I was suspicious about his seemingly kid-glove handling of a certain ethnic organized crime syndicate. I’m now in awe of the guy. His timing was exquisite. The Mockingbird media had to resort to shooting the messenger, peddling the ridiculous retro narrative of “Russian hackers” attempting to influence the election. Now oligarch Jeff Bezos’ Washington Post, essentially a CIA blog, has released a McCarthy-esque “list” of verboten websites obtained from some silly half-witted CIA or Mossad wet fart of a project. Gone are the days of Allen Dulles, Frank Wisner, Cord Meyer, the pipe-smoking cardigan-wearing Old Guard. Fake polls and bogus reportage doesn’t work anymore. Privacy is dead. Reality aspires to the condition of Las Vegas: everybody is watching everybody else, and the Eye In The Sky watches all. Citizens are participating in actual intelligence work. That’s a good thing. Now all we need is a citizen’s militia specializing in Black Ops. Remember: the Founding Fathers of this country were terrorists.