An economic collapse could cause "huge riots" as Trump predicted in 2014. What then? 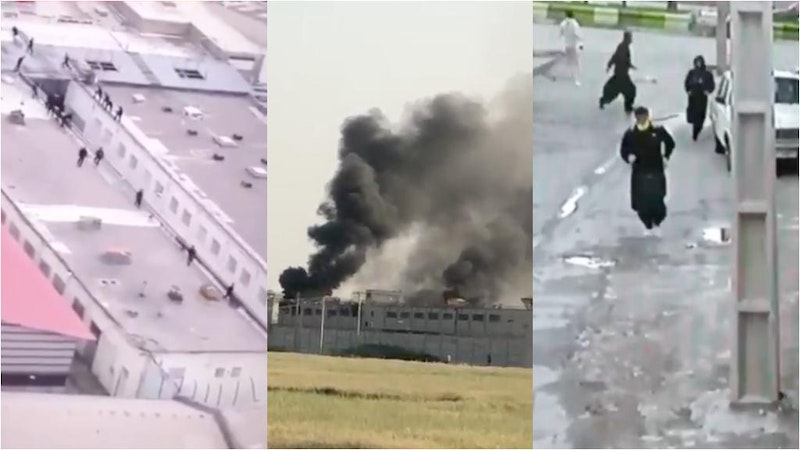 Give Trump his due. He’ll occasionally say something unexpectedly accurate, as when he observed during a Republican primary debate that 9/11 came on George W. Bush’s watch (and was roundly booed). Or consider a remark he made in 2014 during a call to Fox & Friends: “When the economy crashes, when the country goes to total hell, and everything is a disaster, then you’ll have riots to go back to where we used to be, when we were great.”

The quote’s gained new life, sometimes as gallows humor and sometimes to suggest Trump’s purposely aiming at a big crack-up of the United States. I wonder if it’s not simply a case of him saying something truer than he understood. And I wonder if he won’t turn out to be right—just not the way he expects.

In the quote’s original context, Trump was bashing Obama. Outraged at the possibility of poor people having access to medical care, he complained that there were people who lived better off of government programs like Obamacare than they would by working, and asked rhetorically “You know what solves it?” The quote above was his answer. The broad point was wrong, but the specific extrapolation was clear: an economic collapse would lead to riots, which would lead to the country returning to what it used to be during the period of American dominance.

And now COVID-19 is causing an economic crash, though it’s not clear yet exactly how bad it’ll get. It’s not that difficult to imagine mass unrest of one kind or another. What then? The world’s in an unusual transition phase, in which the near future will be significantly different from the past but in ways impossible to predict. When America was at its most powerful, the rich were taxed more than they are now. Government was larger. Most Americans, most people in the modern West, have a kind of evolutionary worldview, and assume things get better over time or at least move forward. But from the outside it looks like the United States has moved backward over the last four decades.

It appears the country’s stopped dead rather than adopt basic social programs from other countries, like universal Medicare; it looks like inequality’s increased as the federal government’s receded. And it looks like the United States has fallen behind the rest of the world as a result. Median Canadian household income is now higher than in the US, even before you factor in Canada’s social programs.

That’s what 40 years of right-wing economics has wrought. So if the pandemic causes an economic crash in the US, would the protestors want less government, as Trump thought? Or would they instead demand bigger government, like the country had when it was great—a return to the New Deal and then some, maybe even a universal basic income?

Ronald Reagan liked to claim that “the nine most terrifying words in the English language are: I’m from the government and I'm here to help.” It was bullshit back in the 1980s, and it’s not any less bullshit in the middle of a pandemic. We’re at a point where people are screaming for help from all quarters, and there are a lot of frightening words in the air that have nothing to do with the government.

Put it another way. Let’s say things go to hell, as Trump imagined. Who gets the blame? He does. The party in power does. This is the big change between the time Trump spitballed a theory about riots and the present: Trump’s in charge now. If the country breaks, like it or not, it’ll get hung around his neck. His neck, and the GOP.

The virus is a stressor, putting a strain on social systems already creaking under the weight of inequality and injustice. So far, the response of governments and elites around the world has been to try to imagine ways to get back to normal, or find justifications for “reopening” the economy—in other words, to try to find justifications for letting their citizens die for the sake of keeping money flowing. If people die in large numbers as a result, how happy will the survivors be with capitalism?

A plague, like the prospect of hanging, concentrates the mind wonderfully. Will this be the point where the drift of recent American history reverses itself? Will the pendulum swing away from hard-right anti-government ideology? Will precautions against the virus lead the economy to be totally re-imagined, with an acceptance that there just aren’t jobs for much of the population, and the government has to extend support to much of the people?

A lot of questions; answers can only come in time. It may remain hypothetical. Maybe the virus dies down, or a vaccine’s discovered soon, or maybe the economy rebounds in a way we can’t yet see. But maybe Trump imagined something that’ll actually happen, at least in part. Maybe, he for once told the truth. Only without understanding it.