The Right Has Its Messiah. The Left Will Never Find Theirs. 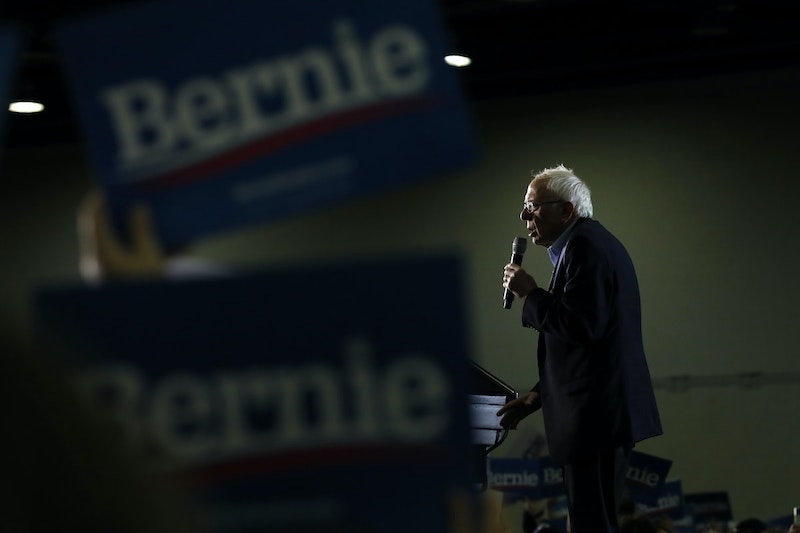 Anything taken to an extreme soon becomes absurd. It’s interesting, if not surprising, that Trump-era politics is defined by its extremes, while moderate and well-reasoned voices are drowned out by hysterical ranting. But this sort of absurdity is nothing new.

In “Political Hysteria: American as Cherry Pie,” John Tierney, Jr. observes that “Today, reason seems to be missing, on both sides… In the Trump presidency (so far), his personality and character are the only real issues. Emotions dominate.” To be fair, Tierney wrote this in 2019, before the novel coronavirus began ravaging the world and Trump’s bizarre tweets and unfortunate press conferences gave his critics an increasingly tangible basis for calling him a lunatic.

When thousands of people die, it’s no longer just about “emotions.” But it would be wrong to say that emotion hasn’t played a dominant role in how the United States has reacted to the virus. There’s great anxiety expressed over the loss of social identities, freedoms, political representation, and economic stability in addition to fundamental survival fears.

Moreover, those who have misunderstood Francis Fukuyama’s “end of history” concept and who are unable to ground their hysteria in historical perspective may be inclined to think COVID-19 is so unique, so “novel,” that the country is coming apart due to incompetent leadership. That is also a fairly common, if highly emotional, attitude during a pandemic.

Take, for example, Greg Weiner’s op-ed in The New York Times: “Don’t Let Trump’s Cult of Personality Make Covid-19 Worse”; The National Interest’s: “The Coronavirus Is Exposing Decay of American Political Culture”; or a recent piece by American writer, Anthony Zurcher, for the BBC: “Coronavirus pandemic exposes rather than heals America's divisions.” We’re receiving almost daily editorials like these, telling us how the virus is exacerbating the country’s dysfunctions, its culture wars and inequalities, and how our leaders are not addressing these with any amount of clarity or skill.

As a moderate liberal, and a registered Democrat, I believe that Trump was neither prepared for, nor is he capable of extricating us from this slow-rolling horror. I’m inclined to agree with Weiner that, “We have entered a bizarre space in which Mr. Trump makes concrete claims refuted by objective reality that people can see with their own eyes.”

But I also think Weiner is wise to add at the end of his piece that “It is plausible that had Mr. Trump taken aggressive measures against the pandemic from the beginning, there would have been plenty of Democrats who would have instinctively opposed them simply because of their source.” Like everything else in American life, the pandemic is as political and divisive as it is personal.

Tierney puts it like this: “From the beginning, Americans were fiercely independent, passionate, but deeply divided.” He describes the partisan backlash against George Washington’s Jay Treaty with Britain, which gave concessions in exchange for their withdrawal from certain forts. And he adds that, according to Martha, the hatred towards her husband over the treaty hastened Washington’s death. “If all this sounds familiar,” writes Tierney, “it may be that it is generic… ‘to the national character of America.’”

Still, Trump is no George Washington. He’s more like George Wallace, but possibly less articulate. And the hyper-partisan excesses of Mitch McConnell seeking to block federal bailouts to blue states or the armed demonstrations trying to get state governments to reopen early (both of which will no doubt result in unnecessary deaths) seem as ham-fisted and cynical as they are consistent with the pressures that have historically given rise to American political hysteria.

Andrew Burt, in American Hysteria: the Untold Story of Mass Political Extremism in the United States, argues that “America’s sense of self-identity routinely comes under pressure, with the result that certain groups confront a loss in status. Engaging in political hysteria is how these groups seek to get it back.”

In 2016, such hysteria gave rise to Trump’s so-called “base,” emerging as a more pungent, less intelligent iteration of the earlier neoconservative, libertarian Tea Party. It evoked and amplified the opposing, mostly online/college-campus, identitarian Left, characterized by cults of victimhood and all-encompassing neo-Marxist race-and-gender theories, whose buzzwords have now permeated the arts and media. Now that the virus has shaken everyone’s sense of self, now that America faces the very real possibility of economic devastation as well as massive loss of life, Trump, the self-described “chosen one,” no longer seems like a right-wing messiah, if he ever did.

In a Daily Beast column that’s funny, horrified, and enraged in equal proportion, Rick Wilson rants, “There are really only three tenets of Trumpism that matter: a hatred of elites, a war with the news media, and the worship of Trump as an infallible and impervious avatar for their social insecurities… But COVID-19 is coming to pay a house call they won’t soon forget, and the damage in some of the places in this country where the Trump-Fox party’s support is the most passionate and unwavering will be staggering.”

This seems right. But just as Trump’s base rose, according to Wilson, as a result of his “transgressive nature—not that they can define it—and love that he’s a middle finger to decency, normality, tradition, and the law,” the online identitarian Left has searched in vain for their own messiah figure, one with impossibly spotless credentials.

This person would have to be as diametrically opposite to Trump as humanly possible—someone who could, by virtue of race, gender, sexuality, impeccable conduct, and immanent wokeness, calm the Left’s portion of political hysteria and assuage their raging insecurities. Unfortunately, they will never find such a person. Ever.

In Kill All Normies, Angela Nagle suggests it’s because the Left’s online identity politics has formulated an impossible purity test for potential messiahs:

"Something about public social media platforms, it turned out, was conducive to the vanity of morally righteous politics and the irresistible draw of the culture wars. But soon the secret was out and everyone was doing it. The value of the currency of virtue that those who had made their social media cultural capital on was in danger of being suddenly devalued. As a result, I believe, a culture of purging had to take place, largely targeting those in competition for this precious currency. Thus, the attacks increasingly focused on other liberals and leftists often with seemingly pristine progressive credentials, instead of those who engaged in any actual racism, sexism or homophobia."

In other words, while the Right would forgive someone like Trump anything, the Left can forgive their avatar nothing because that would be tantamount to giving up their morally superior, righteous position.

For example, if they compromise on Biden and it turns out that Tara Reade isn’t an opportunist and/or political tool, what then? Does this mean giving Trump a free pass for the Access Hollywood tape and calling the Charlottesville Nazis “very fine people” (or any number of other atrocious comments)? Biden can’t be their savior. He’s not the Anti-Trump. He has the wrong skin color, wrong gender, wrong sexuality, and doesn’t radiate the necessary wokeness. He simply can’t pass the purity test.

Unfortunately, there’s no “right” profile when it comes to the extremes of American political hysterics. The Left will despise Biden forever, even if some will grudgingly vote for him because they despise Trump more. The Right will support Trump until the Lysol they’ve injected reaches their hearts.

The screaming voices on both sides are still jockeying for prominence in a time when COVID-19 is the only story that matters. They may be carrying on the grand old tradition of highly emotional American partisanship. But their sense of urgency seems radically absurd in comparison to massive loss of life and the need for America to swing back toward its political center, where cooler heads and calm judgment might still prevail.