A last look at four years of the 45th President, whose administration never approached the evil of George W. Bush. 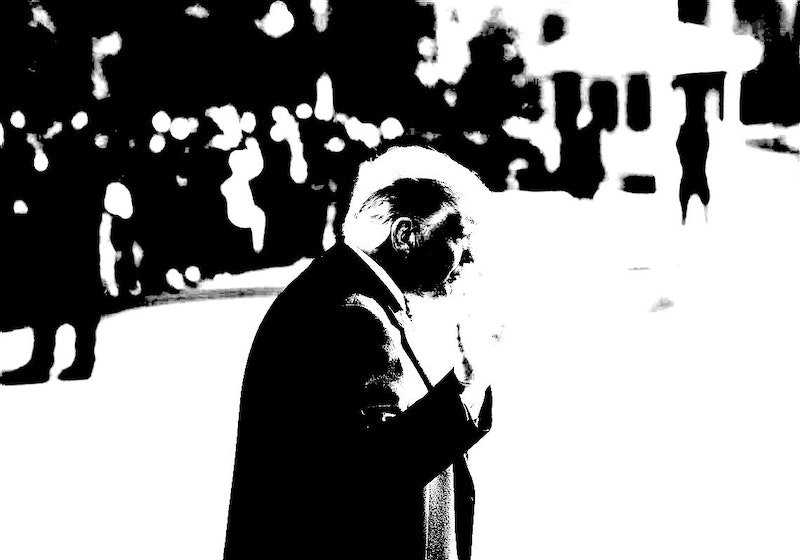 I’m writing this on January 19, and it’ll be published around 6:30 in the morning tomorrow (today). This is my last column of the Trump administration. Oddly, I’m out sick, run down with something that isn’t coronavirus, and I feel like I’ve blown past the “feel like shit” phase directly into the reflective, tranquil reflections phase of the illness—hardly that, a convalescence without conflict. Lucky is my second middle name, since I can count on one hand the number of times I’ve gotten sick since last March, whereas before the pandemic I almost always had something: cold, flu, fever, nausea, listlessness, fatigue. A walking medication commercial. I can’t be the only one: all that stuff the government told us in the beginning—wash your hands for 20 seconds, don’t touch your face, try to stay six feet apart from other people—really works.

Besides wearing masks, they haven’t recommended anything additional since. The federal government, individual states, and international health organizations went out to lunch sometime in early May 2020, and they haven’t returned. How come every time I try and say “Build Back Better” it sounds like I’m having a stroke? It’d be very nice if Joe Biden “solved” coronavirus, and perhaps it will go away, “like magic,” this summer or spring when Trump is (presumably) months out of the public eye.

It bears repeating that the Trump years never even approached the darkness, death, chaos, and evil of George W. Bush’s administration. His eight years in office brought us the two longest wars in American history, an “absolute event” in the form of 9/11, which 20 years on, still looms large and is still invoked in daily conversation. He did nothing to prevent or stymie the 2008 global financial crash, he left New Orleans citizens to die in dirt water and mudslides, and in 2004 a major component of his campaign was anti-gay marriage homophobia.

Trump’s spectacular failure to face the COVID-19 pandemic with anything but denial is his prime crime, the only notch that belongs in the same conversation as a war or a major terrorist attack. His refusal to change course, and apologize for insisting that he didn’t have to wear a mask (and by extension, never did you), inarguably led to thousands and thousands of deaths in this country. Even if Trump’s disgusting behavior last year was completely non-lethal, it was a particularly pathetic example of a man with zero convictions or feeling for anyone but himself burrowing his head in the sand and flailing like a baby, waiting for mommy and daddy to fix it. “It’ll just… go away.” Wouldn’t that be nice?

Besides that (and that’s a lot of besides), I can’t take anyone seriously who really thinks Bush was a better president. If your answer is “decorum” or “civility,” I want you to get up, go to the nearest supply closet, find a hammer, and start bashing your skull in with it until it’s hard to see. You’ll be better off. Bush’s charisma and “folksiness,” for lack of a less unctuous term but one used ad nauseam during his time in office, was not preferable to Trump’s diarrhea of the mouth: don’t you want to know where your leaders stand? Of course people in the Bush administration talked about this or that “shithole country,” and of course they made nasty jokes behind closed doors, and of course they had as much if not more contempt for “regular people” as Trump.

A sickness must be visible. Trump can’t be ignored—Bush could. The first decade of the 21st century still had some distance between entertainment and politics, a line that was completely destroyed by both Trump and Barack Obama. The celebrity president led to another, and years before any quarantine “forced” people to stay online arguing all day, Trump single-handedly transformed cable news, social media, and entertainment in either his image or his shadow. Look at the amount of anti-Bush material versus the amount of anti-Trump material produced during their respective administrations. There’s no contest.

You can look at a number of things, though it’d be hard to convince me anything other than “raw death total” is more important to a president’s report card. Trump allowing COVID-19 to spread further for longer than any other first-world leader will kill people, this can’t be argued and it could’ve been very easily avoided. This is his greatest crime: killing people. Not calling Elizabeth Warren a “cunt,” not being rude, not winking at his extremist supporters to “stand by and stand back.” A gathering of Proud Boys in some dank basement is no picnic, but it’s not drowning in mucus and phlegm from a novel virus that no one’s taking responsibility for.

Rhetoric and hate speech were not absent from Bush 43’s tenure. As noted, in 2004 he ran on homophobia and evangelical insanity, and won. Worse still, Bush’s opposition to stem cell research likely killed more people than either of his wars. One of my best friend’s dad is an oncologist, and while we were driving to Obama’s first inauguration in 2009, he started chants and cheers multiple times celebrating the imminent end of Bush’s days in power. That wasn’t empty, that wasn’t histrionics: that was the anger of a man who could’ve done more in his time to help and save people, but was blocked by the rock-fuck stupidity and religiosity of a horrible administration.

Trump was mean, crass, lazy, self-centered, and rude—in other words, “this is who we are.” A visible sickness is always preferable to something internal, no? At least now we have a better idea of where the fluids are pooling. Nicknames and attitudes will never be more powerful than the sword, or the gun, or the hammer. Trump brought death to America, red death and “American carnage,” and he’s responsible for more deaths than most people can conceive of, but sadly, unfortunately—tragically!—he still doesn’t even come close to Bush’s millions dead. And history will remember that.