The Subtle Manipulation of Timing

Deep down, you’re not even fully convinced of your victim narrative yourself, which is why you hate yourself. 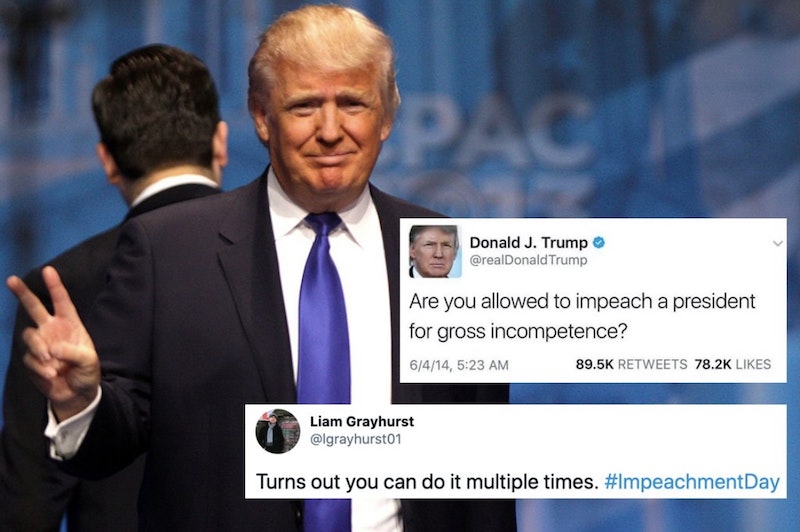 Suddenly, with Trump exiting and Biden taking office, New York’s Gov. Cuomo and others announce that COVID lockdowns don’t appear to have much effect and should be ended immediately to help those businesses that have survived thus far recover as quickly as possible. If you believe science dictates the timing of these changes in the rulers’ edicts, you’re an imbecile—or their vicious, willing collaborator.

It’s people like you who cause the frustrated, lied-to, bossed-around masses to hold rowdy protests in the Capitol Building in DC, you know.

If you don’t change, the powerful will go on subtly manipulating the timing of nearly every big event in the news—wars, economic downturns, economic upturns, terror attacks, health crusades, pushy media tropes—helping them spread the positive or negative message of the moment in accordance with their needs. The precise historical timing of things may not matter much to you or to kids in high school history class, but it makes all the difference in the world to the people who run vast stock portfolios, armies, or get-out-the-vote campaigns.

You should fight all those strings-pulling phonies, be they right, left, governmental, corporate, or religious.

Don’t assume you have any reliable allies in the fight, either. I’m sure the Trumpers thought they had some reliable allies until even the likes of Drudge, for example, began in recent months to link to articles like this one likening the Trump administration to the genocide of the Native Americans. Odd that that piece ends by attempting to blame Trump for the politicization of American society, when it’s obvious to most of us that Trump was a reaction, however clumsy, to the constant politicization society was already undergoing, largely at the hands of the left, with or without Trump’s intervention.

Once more, the establishment would love it if you’d conveniently forget the actual timing and sequence of events, the better to suit the establishment’s fluid narrative. They certainly don’t care whether you remember the details of their impeachment charges against Trump, for instance, just that catchy “impeached twice” sticker they can slap on him now (the label disintegrates quickly if examined too closely). The establishment is like a corrupt police department that can’t prove its case but can at least saddle a suspect with the label “repeatedly arrested,” especially if the suspect is kind of a creep anyway.

Now would be a good time to drop the habit of blaming “the left,” by the way, since the bipartisan rush to condemn Trump as he heads out the door is a reminder the whole cowardly establishment wants to dissociate itself from upstarts and heretics like him—after four years of very consciously propping him up as villain and punching bag, the better to educate an inattentive public about how not to be (at least if you want the establishment’s approval).

If the Republicans really cared about protecting their nominal outgoing leader, they wouldn’t be delaying the Senate trial over the latest impeachment, for one thing. They’d rush to try him and find him innocent now while they still have the numbers. The Democrats’ cowardly plan to try Trump in absentia after he leaves office plainly gives them the advantage of a majority-Democrat new Senate. Its verdict will be meaningless but more easily reached with fewer Republican senators around, and no matter when it happens, the Democrats’ dimwitted and radicalized constituents (more than a few ex-neocons and ex-libertarians now among them) will be thrilled. Kill Dad or just piss on his corpse, it’s roughly the same transgression to the puerile leftist mind.

Dems’ (and their allies’) transparently absurd talk of fearing a coup, which is the ostensible reason for this second impeachment, is best seen as the climax of liberals’ century-long effort to master the art of passive-aggression. We get it, liberals, you’re always the “victims,” no matter how much money, regulatory power, and weaponry you control, and thus in your own eyes you can do no wrong. You think you’re always fighting a last-ditch battle against a king, fuhrer, or slavemaster, protecting the weak and marginal, but we who must obey your edicts aren’t fully convinced of this narrative, to your incandescently angry frustration.

Deep down, you’re not even fully convinced of your victim narrative yourself, which is why you hate yourself. You know your worldview, shamefully, is built on whiny lies—and you must project that hatred outwards onto conservatives, libertarians, and average Americans. You’re a nasty piece of psychological work, liberalism.

Most of the chin-stroking solons will of course take exactly the wrong lessons from the Trump era, though, and their long-winded laments about the era are being published already. I hope that with enough hindsight, it will be apparent these laments are little more convincing than numerous prior waves of anti-conservative lamentations about America, whether targeting 1950s suburbia, pop commercialism, Reagan, Net culture, xenophobia—whatever the latest purported cause of American shame is that necessitates giving the elite more power to tell uswhat's what and mete out our punishment.

If the establishment really wanted to be useful, the main target of its ire post-Trump would be the biggest sin of the past four years on the right, namely its bourgeoning anti-capitalism. Some of the (chronically jobless?) young on the right have so eagerly picked up the Trump-proffered protectionist banner, and the paleo/populist right lately sounds so much like despairing rust-belt union members or agrarian commerce-bashers, that future intellectual historians will have to spend at least some of their time figuring out why some anti-capitalists of our day ended up on the right at all rather than the left. More acceptance of religion on the right? Is that all the (mainstream) right has to distinguish itself now?

Yet there are also left-leaning, anti-capitalist, anti-war churches. Maybe it’s all just a coin toss and a matter of geographic proximity or ethnic ties these days. “This side of town is Republican,” as it were.

But the time for lamenting errors on the right should be over for now—despite the inevitable attempts to keep blaming Trump for every gigantic, long-festering problem that bursts during the new administration. Biden takes the Oath this week, and with his ascent, a powerful and blatantly corrupt crime family takes charge of the most influential government on Earth. Unlike the prior family in that slot, this one will do so with the cheers of the media, academia, and the bureaucratic ranks of government itself. The ruling class will be happily complicit in every Biden crime in a way little of it was Trump’s wrongs over the past four years.

It’s not too soon to begin shaming those who helped put the Bidens—with all their questionable sexual adventures, military adventures, and massive payments from foreign operations like the Burisma energy concern in Ukraine that Trump tried to investigate (inspiring his first impeachment)—in this position to harm us all. True centrist liberals almost can’t be blamed for voting for Biden. He’s plainly their man. But the alarmingly numerous conservatives and libertarians who voted Biden—some even saying they did so unreservedly or with pride—should be held to account with every wrong action of the Biden/Harris administration, and nearly every one of its actions will be wrong, each hour of each day, lest you have forgotten what big-government-as-usual entails.

They can’t claim they didn’t know what they were getting into. Biden has been running for president since I was a teenager, back when communism was collapsing. Now he’ll be president as the U.S. collapses.