Flying High with Joe and Kamala

Celebrating a new day in the skies with my friends, two of my favorite people, Joe Biden and Kamala Harris. 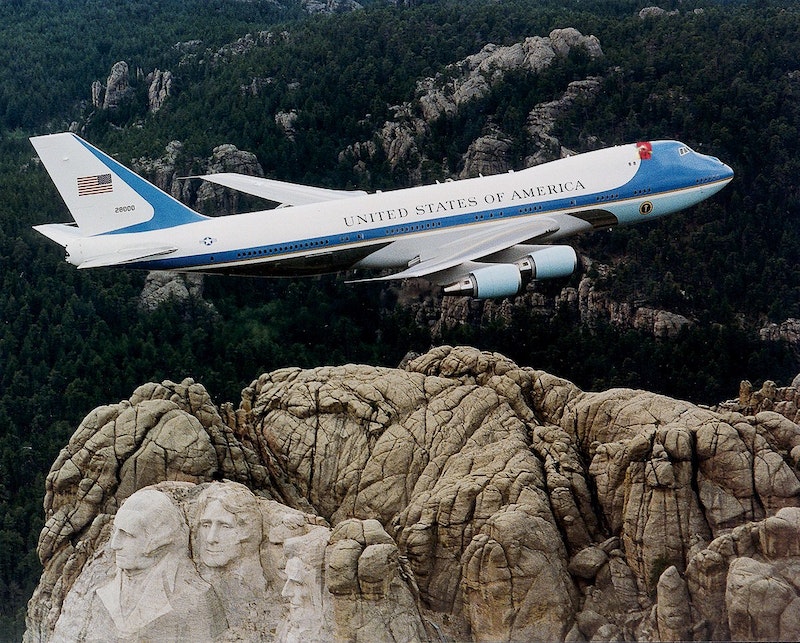 Unlike so many others, I don’t find the comedy of Woody Allen funny. “Oh, fuck Dolores—she’s such a cunt.” That’s a line from Deconstructing Harry, and I only remember it because I was living in a garbage can on the sidewalk where they shot that scene ad infinitum in 1996. I think he was talking to that lady Amy Irving—the one from Crossing Delancey, the one with the curly hair. I just turned to Rooster to get his opinion on Irving’s divorce settlement with Steven Spielberg, but he’s asleep. Well, if he were awake, I’d tell him that he should study her case and take it as a warning for what may come if I ever find another hen’s feathers in the foyer again. Not only is it adultery, but it’s unsanitary: we’re in a pandemic. Wear the damn mask!

As a member of the United States branch of the [REDACTED] Special Ops and Forces Brutalé Unit, I was invited to the inauguration. To be clear, any political opinions I’ve expressed before today are irrelevant and unrelated to my person—today is a new day, the greatest day. I love my President, the 46th President, Joe Biden. My invite was pro forma, because both Joe Biden and Kamala Harris know how quickly the heel of the military industrial complex can turn on the executive branch. It means that I get special treatment: deluxe box seats in a nearby townhouse, a special periscope and a pair of hydrogen binoculars that the public doesn’t know about yet, and a bed of straw and corn feed to enjoy.

Rooster was my plus-one but couldn’t come: not allowed. Even I can’t find out why. Must’ve been something he did in England before the war. He was oddly conservative and partial to King George, and—people don’t remember this—he called Washington a “traitor” and mocked both John Adams and his much wiser son as charlatans without a shred of evidence. I asked him once, around the turn of the 1800s, why he held out so long on the American Revolution. “Monnie dear, a new world is not possible until it exists. I simply didn’t believe.” He cried and I comforted him on the porch of our cabin, a modest outpost somewhere near what today we call “Virginia Beach.” Back then it was just Earth. Someday it’ll be the same. Just Earth.

Kamala—we’re on a first name basis—invited me on a helicopter ride after the inaug (she said I can use that slang, Russ). “We’re gonna be best friends!” She went in for a hug and I reminded her: we’re in a pandemic. Wear the damn mask! She wasn’t too thrilled. “What are you, a Republican? You QAnon?” I told her I didn’t know what the fuck she was talking about. I probably shouldn’t have sworn because the Vice President’s eyes went wide and she just laid into me.

At some point, I must’ve started talking out loud, because everyone started looking at me. This doesn’t usually happen to a hen. The SS agents (I can say it) tried to calm me down, but I told the Vice President that I’d be fine, I didn’t need medical assistance, and, please, for Pete’s sake, can I have my damn mask back? “No. Why do you want it?” The Vice President smiled and threw a can of raspberry seltzer water at me. I caught it with my left wing, which hurt (always been atrophied). I told her I can’t open aluminum, which she should know. “Oh, you’re having problems? Chicken can’t drink her seltzy?” Then she spit at me. I’m not making this up. I’m a soldier of fortune (in the general sense), and it’s our duty (in the general sense) never to lie. I try to follow this credo daily. Some days are better than others. But today is a new day, the greatest day.

Things calmed down as we approached Los Angeles. I told one of the SS agents (I can say it) that it was “rather strange” taking a helicopter all the way from Washington, DC to Los Angeles. “Yeah, I actually think it’s ‘rather strange’ that I’m talking to a fucking chicken at the moment, but by all means, go off.” I guess he must’ve been a Trump supporter. I bet they’re feeling bad now. The Biden administration has made sure there aren’t any GOP or Q moles in the new government, and part of my job is to make sure that they’ve made sure that they’re going to do something about the problem eventually. Honestly these guys are already more confusing than the last team. Not as stupid, but definitely more confusing.

“I want milk.” The President has entered the cabin. Where did he come from? Does this helicopter have two floors? Am I in a plane? “I want milk.” The Vice President got up and escorted her partner back into his chambers. “Shh, it’s okay, go to bed, go to bed…” The Vice President walked him down (what is this, an Airbus?) and, after a thud, he went quiet. She came back up and offered me a Pepsi. I told her I’m more of a Coca-Cola girl (lady, if you will). “What are you, a socialist? ‘Bernie or Bust’? You in the DSA?” And that’s when everyone started laughing at me.

What’s going on? Why am I writing in the past tense? I’m still on this plane. We’ve been flying for three days now and I have no idea where we are or where we’re going. This is bad. “I want milk.” The President is back, but isn’t this the same moment I just described? I’m re-living pieces of time, things are becoming unstuck. Why am I suddenly struck with self-doubt? Where has my confidence gone? Why do I all of a sudden crave custard and hard drugs? What is this mystical transference occurring between me, my husband, and his bastard cousin Bennington? I don’t want any Bennington in me!

My husband, well, that’s a different matter, as you all can imagine, I suppose, or assume, I guess… well anyway, I love my husband, and I accept certain parts of him into me (hehe) but I don’t want his procrastination or melancholy or listlessness. It’s unbecoming. What’s he going to get, my strength? My wisdom? My tactical arms training? And what does Bennington get? An egg sac? Chicks to hatch? That would be so funny actually, holy shit I hope that happens.

Maybe I’m dreaming… it was all such a rush, these four years… I didn’t think it would end, but I played both sides, and I’m glad I did… I came out on top, unlike Bennington, whose friendships with Trump, Steve Bannon, and John Boehner of all people compromised him and put him on the run for years. At least I’ll be able to bring my husband along with me when the team settles in Fort [REDACTED] outside of [REDACTED]. I must’ve said a bit too much “redacted” stuff out loud because sometime yesterday—or tomorrow?—the Vice President said—says—will say… “You think he’s coming? You think you’re not gonna do this alone.” The laughing. Always the laughing comes. “You’re in for a rude awakening.” And then they put me to sleep. What kind of message it that? Rude awakening? I’m still on this fucking plane! Can we land already?

“I want milk.” Yeah, me too, Joe. Get in line. Oh, looks like we’re landing. Why is the Earth so red? Why is everyone putting on helmets? …is it usually this red and dusty in Los Angeles?… I’m not a specimen am I?… am I going to be immortalized on some plaque in Houston?… this is all too much…

The Vice President addresses me. “If you thought Guantanamo Bay was bad…” She sealed her helmet and shiny silver suit. “Just wait ’til you spend a year on Mars.”