From Josh Earnest to Dick Cheney, the higher-ups speak out. 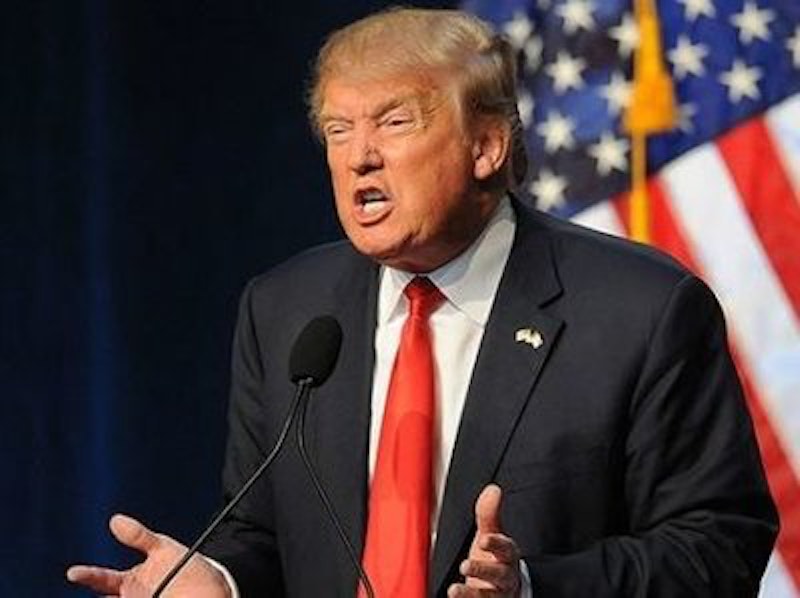 "Mr. Trump’s statement about Paris has no basis in fact," says The New York Times, crisp. Trump had been telling that old one about some city in Europe where the Muslims have scared the police out of certain sections. The Times didn't put up with it. Joe Scarborough cut to break because Trump wasn't answering questions. Even GOP leaders have had enough. Their base loves Donald Trump and is fine with the idea that has everybody else rattled, namely Trump's call for keeping Muslims out of the country. But Paul Ryan spoke up, and so did Reince Priebus and the state chairmen in Iowa, New Hampshire and South Carolina. Even Dick Cheney said something. One hears Halliburton's Arab clients might have influence with him. But explain the state chairman of Iowa. His Arab clients and Arab voters are probably zero; so is his constituency of high-minded civil libertarians. But for some reason he had to speak.

Put another way, look at Obama and Trump. The White House just said that Trump's keep-them-out call "disqualifies him from serving as president." Trump could lie about Obama's birth certificate and drop hints about the President's loyalties ("There's something going on with him that we don't know about"). That didn't disqualify him. This does. That's a big fat line we're talking about, and everyone from Josh Earnest to Cheney to Matt Moore (chairman of the South Carolina Republican Party) can see that Trump has crossed it. The thing is, I'm not clear what line we're talking about. As far as the Constitution is concerned, it seems that immigrants and visitors can be kept out for whatever reason.

As for bigotry, consider Trump's talk of rounding up immigrants and registering Muslims, not to mention his race lies about disloyal Arab Americans and an imaginary Mexico that frees rapists and sends them over the border. Maybe keep-them-out is just the last straw and gets to be the recoil's cause because it comes latest, but maybe not. I suspect there's some element to the idea that speaks bigotry in a way that gets through to non–bleeding hearts. What that element is, I don't know. After seeing the fuss over the alleged "Ground Zero mosque," I figured average Americans were too scared of Muslims to worry about fairness. Maybe they still feel that way, but for some reason their leaders are speaking up.

Behold the man. Trump is talking with Chris Cuomo on CNN. Cuomo points to America's national security professionals and their considered opinion. "They're the experts," he says. "That's what they say, they think this idea is stupid." Meaning the keep-them-out idea. Trump answers, "When you say that, I spoke before an audience last night, a massive audience last night—people were there, thousands of people inside, thousands of people outside, they couldn't even get in—and got standing ovations as soon as this was mentioned. Standing ovations." Cuomo objects that, sure, Trump fans might stand up and applaud. "Standing ovations from very smart people," Trump says. "These are intelligent people, these are great citizens, these people are concerned about our country." Right after that, for whatever reason, he brings in his tag line about the Muslim ban: "Until our country's representatives can figure it out." The phrase just floats in there.