Danger and Overreach in the Cult of Likability 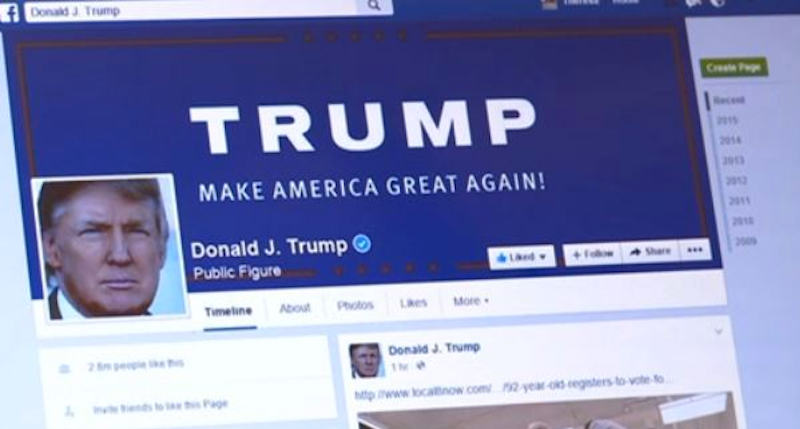 As Donald Trump’s campaign for president has gone from brilliant performance art to sick joke to serious threat, a refrain pumped through my Facebook feed has popped up: “If you support Donald Trump in any way, please unfriend me because you have no place in my life, this society, or this world. Fuck you!” Curiously, it’s always been the passive “unfriend/unfollow me.” Could any of my well-intentioned but frustrated Facebook friends actually be wary of cutting the cord from the people who they can’t stand but can’t cut the cord from themselves? I’ve written before about how Trump’s trail of tears was a blessing in disguise, a paid-off carnival attraction meant to destroy the GOP by blatantly exposing and expressing every bigoted and backwards thought they promulgate in code and in dog whistle whines about “not giving away any free stuff.” Is Jeb Bush’s mealy-mouthed dismissal of social welfare programs any less abhorrent than Trump calling for all American Muslims to be documented and deported? They spring from the same well.

Even if you don’t agree and consider a President Trump a threat to civilization, and if you’ve still got a French Flag superimposed on your profile picture, is an infographic or meme comparing Trump to Hitler going to persuade anyone on the right to change his/her mind? And if you implore them to unfriend you and remove you from their digital life instead of doing it yourself, you’re simply confirming and calcifying the beliefs they already have about bleeding heart liberals denying discourse and disagreement in favor of shunning and shame. This new wave of political correctness and social progressivism is well-intentioned and at times inspiring (in the case of #BlackLivesMatter and increasing understanding and acceptance of the LGBT community in the mainstream), but its Achilles’ heel is its moral absolutism and thinly veiled roots in our repressed shaming impulse. Some of us like to think of ourselves as civilized and progressive, but we’re wired to tear others down to build ourselves up.

In an excellent piece for The New York Times called “The Cult of Likability,” Bret Easton Ellis argues that the binary of like and dislike is “stamping out passion [and] stamping out the individual.” Right on to Princeton students demanding Woodrow Wilson’s name be removed from school buildings and University of Missouri students exposing pervasive baked-in racism across their campus; but the nonsense at Yale over emails about Halloween costumes and 911 calls about mice in dorm rooms and subsequent counseling is a national embarrassment. If progressives and independents really want to stop the disaster of a Trump presidency, we need to stop eating our own and learn to, in Ellis’ words, “[be] true to our messy contradictory selves. There are limits to showcasing our most flattering assets because no matter how genuine and authentic we think we are, we’re still just manufacturing a construct, no matter how accurate it may be […] Those of us who reveal flaws and inconsistencies become terrifying to others, the ones to avoid.” Welcome Trump supporters into your digital life! Perhaps someday your posts will make a difference.