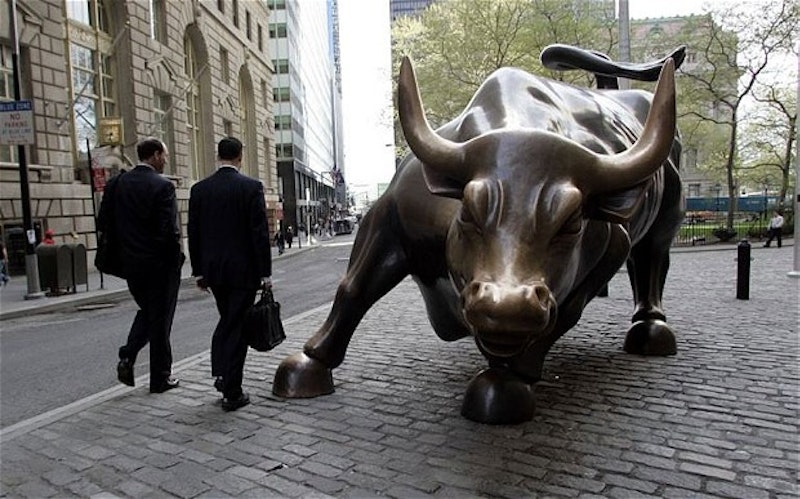 Two acquaintances—both with humanities degrees, of course—have recently told me they don’t believe there are any laws of economics. That would surely make politics easier, I admit, as would possessing telepathy or the power of unaided flight. These friends almost make me nostalgic for college, where I often encountered hardcore relativists who really didn’t think there was an external physical universe beyond our (very liberal) opinions.

But the laws of economics aren’t just rules concocted by humans and jotted down in a book somewhere like government’s laws. I will concede the laws of econ don’t quite have the same metaphysical status as mathematical principles, arguably not even the reliability of physics. Think of them, though, as akin to the laws of gaseous motion. That is, one could coherently imagine them being violated, but it doesn’t seem to happen.

As Douglas Adams taught us in a memorable Hitchhiker’s Guide to the Galaxy passage, all the particles in an object could, in quantum-mechanical principle, suddenly leap several feet to the left simultaneously. There’s always some tiny, tiny probability of that happening. But it obviously doesn’t happen often enough for any of us to have observed it in real life. Likewise, all the gas particles in a heated chamber might happen to bounce over into one small corner and stay there for several minutes without spreading out into the rest of the room. It just doesn‘t happen often enough to be worth worrying about, not in the lifetime of this universe.

And economists note, reasonably enough, that (absent changes in public tastes or other demand-side factors) people tend to buy more of things when they become inexpensive and buy less of things when they become more expensive—all else being equal, which is a key phrase. No one is denying the presence of myriad contextual factors such as changes in availability, newly-discovered uses for old commodities, or the rise of alternative/rival products. Again: all else being equal, etc.

Sure, people do crazy, unexpected things once in a while, so economists can’t perfectly predict what they’ll do. Someone might just set his paycheck on fire instead of spending the money.

But as the anarcho-capitalist law professor David D. Friedman puts it, even if you just believe that people behave in a self-interested rational fashion about half the time, the laws of economics will enable you to predict their behavior more accurately than if you reversed the assumptions of economics or assumed nothing at all. (None of this implies it is irrational for people to have charitable desires or to assess costs and benefits in terms other than dollars, either. Competent economists do not deny human psychology.) We can all vote for upward-sloping demand curves, in other words, but it still won’t happen.

So, when your pro-free-market friend expresses wariness about the affordability of the latest congressional “budget compromise,” criticizes Barack Obama and Elizabeth Warren’s hypocrisy in denouncing crony capitalism yet backing the recent reauthorization of the Export-Import Bank, or notes that Barney Frank was prone to shake down the very financial institutions he was regulating for preemptive contributions, don’t assume that your friend is just choosing to dwell in a frowny-faced but optional universe while you choose, out of greater compassion, to dwell in one full of free unicorn rides and “bold,” productive government action.

Your friend might be more like someone who keeps insisting 2 + 2 = 4 even while he’s being called a killjoy for not trying out 5 once in a while. But then, I also knew a former humanities major who misremembered that scene in Orwell and thought the bad guys were the ones insisting 2 + 2 = 4, whereas believing 2 + 2 = 5 is “liberating.” Let me slowly count on my fingers, like an unsmiling accountant, all the reasons that false memory is ironic and dangerous.