Hillary Clinton could wrap up Democratic nomination on Tuesday. 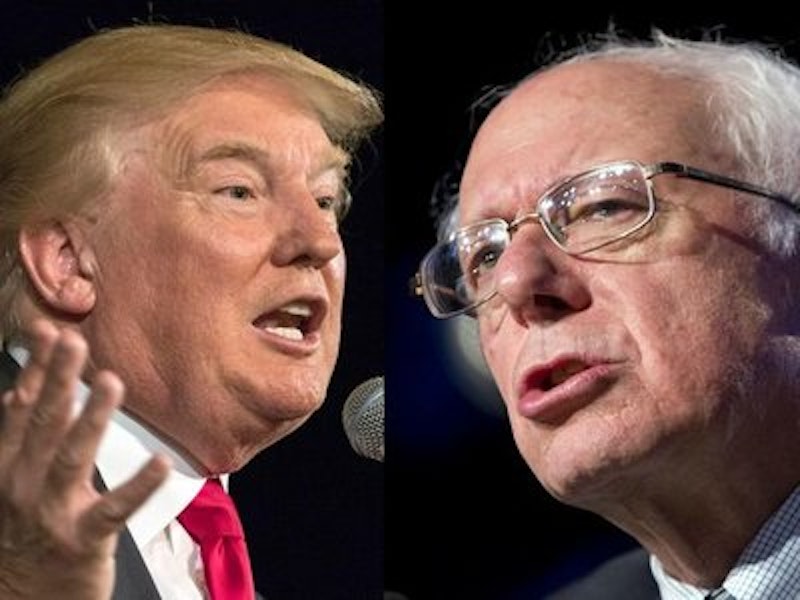 Sen. Bernie Sanders, with a late-bouncing echo from Donald Trump, claims that he’s being short-changed on votes and delegates because of states that deny independent and crossover voting in primary elections. Welcome to Maryland, Bernie and Donald, one of 11 states that does exactly that.

There are 675,436 registered Maryland voters, 44,677 of them in Baltimore, who are unable to participate in primary elections just as there were an estimated 826,000 voters who were denied the franchise in New York City last week. Surprisingly, the number of registered independents in Maryland increased by about 10,000 in the past month, up from 665,668 as of the previous monthly report.

It’s their own irrational and inexplicable fault and not the electoral system that’s sidelining them from expressing their feelings about two of the most unpopular politicians in recent history. The unfavorable ratings of Trump and Hillary Clinton are deep in the red zone. But both are favored to win Maryland and do well, if not win, the other four states that share the April 26 election date—Delaware, Pennsylvania, Rhode Island and Connecticut. In fact, the five-state cluster may help both Clinton and Trump seal the deal on nominations by foreclosing any further numerical first-ballot pathways for remaining rivals.

Those who are registered as unaffiliated, or independent, believe, among other sentiments, they’re expressing their frustrations with both major parties by disengaging from the mainstream preliminary process of selecting those who will govern them. They are, plainly, drop-outs. And yet on Election Day they bellyache because they can’t vote (except in certain Maryland cases for local offices such as school boards.)

Primary elections are essentially family affairs. The two major parties, Democrats and Republicans, get to settle internal squabbles and nasty fights among rival siblings. The party voters select, often against gut judgment, the candidate who can best represent them in the general election and move on. So why, it’s fair to ask, allow outsiders who disdain the major political parties to intrude into what is strictly a house-keeping affair.

The Founding Fathers, the dead men who wrote the guidelines we generally live by, conveniently left election governance to the states. To the surprise of some and the rejection of the majority, Maryland is not the closed-door state that it appears. Though Maryland is officially classified as a closed primary state, it is, in fact, technically a hybrid state. The parties can, if they choose, allow voters other than those registered to them participate in their primary elections. But the decision must be by party decree. The Baltimore City Republican party, for example, flirted with the idea of open primaries several years ago to boost its election-day numbers. But the risk is also great for election day mischief. Crossover voting can greatly skew results and create set-ups for general elections.

Both Sanders and Trump had a compelling case against New York but a similar barrier to voter expression does not exist in Maryland. New York has one of the most restrictive voter laws in the nation.  Changes in voter registration are cut off fully six months before a primary election. In the case of last week’s primary, for example, the final date for re-registering was last October. Voting in Maryland, by contrast, is fairly straightforward. There’s a lengthy open period that allows changes in registration. Registration, in person or on-line, is available almost up to primary election day. Early voting begins two weeks before an election and registration is allowed at the check-in desk. Early voting in Maryland, which ended on April 21, produced record participation in the relatively new process, gathering higher numbers each succeeding election as the convenience gains popularity.

But voters beware. Don’t be suckered into believing that you’re actually helping to directly pick a president when you vote. The delegates voters elect, and those chosen by the parties, will select the nominees at the conventions. And when the fighting is over and the fuss dies down, the electors the winning party’s officials designate for the electoral college will cast a state’s votes for president. And believe it or not, and it’s actually happened, an elector can defy a state’s popular vote and cast at their own whim.

So to apply a sense of fairness, Sanders and Trump are correct when they say the electoral system is rigged at worst, and extremely complicated at best. On the Sanders side, this unlikeliest of fierce contenders argues over the role of super delegates. This extraordinary collection of appropriately named delegates was created to spare elected and party officials possible embarrassment by defeat on the ballot through get-even voting. So on the Democratic side, the convention process is effectively turned over to the same political and party bosses the new reform rules were designed to neutralize.

Trump’s diatribe against the Republican rules is directed at the rigging of the proportional allocation of delegates whereby a candidate can win a good chunk of the popular vote and come up short on delegates. The Republican National Committee disputes Trump’s claim. What’s more, Trump contends, the unbound delegates are part of a bidding war, for sale for convention plane fare, hotel bills, meals, entertainment and, presumably, cash. (That part is true. I recall, as a reporter, a pool-side conversation with a Maryland delegate to the 1968 Republican convention in Miami who was hustling delegates for Nelson Rockefeller. I asked, off the record—a reporter’s pledge I’ve kept until now [the person is dead]—how the transaction is accomplished. He replied: “Man, these guys have mortgages to pay back home.”)

There’s a simple but significant difference in the rules that govern the two parties’ national conventions. The Democrats’ rules are permanent leading up to and during their Philadelphia convention. Where the Republican rules differ is that they’re up for review and change by the convention’s rules committee, made up of delegates, prior to the convention and are subject to change during the Cleveland meeting in July. And that’s what has Trump going bananas and giving encouragement to Sen. Ted Cruz (Texas) and Gov. John Kasich (Ohio).

At stake on April 26 are 462 delegates on the Democratic side and 172 for the Republicans. Conclusive sweeps are considered essential for both leading candidates, Clinton and Trump, to wrap up their nominations well before convention time and to get on with unifying their parties and support for the general election. Democrats need 2383 delegates for nomination and Republicans 1237. Both Trump and Sanders have vowed to fight right up to the convention and Trump, if he lacks the absolute number, has hinted at taking the cause to Cleveland’s streets. Whatever else can be said about the 2016 presidential primary elections, and there’s plenty, Sanders and Trump are forcing both parties to examine their delegate selection and convention rules.