“Gradualism” is at long last over. 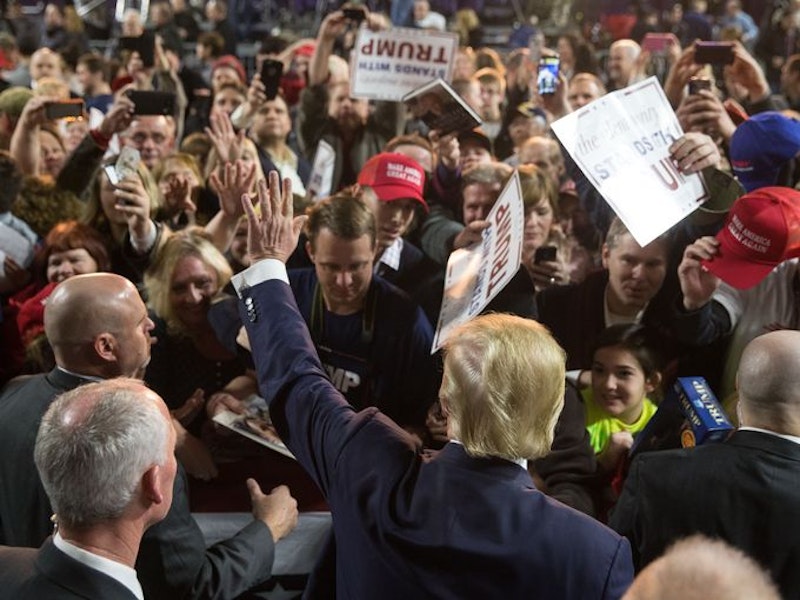 There are many reasons the Sanders and Trump presidential campaigns have done unexpectedly well this year, including the lingering effects of the financial crisis, but I think they’re also products of the whole culture’s heightened urgency. In Trump’s case, since he’s such an adept Twitter user, we can partly blame the speed and impulsiveness of social media.

Consider not just how much slower the media cycle was as recently as the end of the 20th century, but how that slower pace (deeply) affected political philosophy itself. I recently referred to liberalism, conservatism, and libertarianism alike as “bourgeois” philosophies—which is no insult. I’m very bourgeois myself and wish the whole world were, too, if that means something like “fitting in with a global middle class inclined toward rationalism and moderate urbanism.”

But those three philosophies are (were?) also bourgeois in another sense that contrasts greatly with the fighting immediacy of a Sanders or Trump rally: liberalism, conservatism, and libertarianism tended—in the long essays and thoughtful books that conveyed their ideas lazily across the decades—to operate on the assumption that social change sometimes takes many, many years and, for various reasons, perhaps ought to.

Each philosophy had its own reason for counseling “gradualism” over immediate revolution. Liberals had a certain respect for proper legal and democratic procedure. Conservatives wanted to give people’s traditions and customs time to adjust organically to change. We libertarians were acutely aware in the 20th century how unpopular some of our ideas were, so many of us were willing to go slow simply to avoid freaking people out.

Even Progressives, as distinct from liberals, were gradualists—they just had a slightly more radical endpoint in mind than their cousins to the right. But they accepted—even at times enjoyed—the necessity of working by stealth over the course of about a century and a half starting in, oh, 1883 or so.

But now? Ain’t nobody got time for that! Who knows what a fast-changing world will look like 10 years from now, let alone a century? And so, the speed and bluster of the real socialists to the left and the populists/fascists to the right suddenly looks, if not exactly attractive, at least strategically necessary.

Hell, as I’ve noted before, given the likelihood of a near-future artificial intelligence “singularity” beyond which no human planning is possible or relevant, we might really end our days hiding in bunkers from robots soon (a bit like the ambiguous situation at the start of the great thriller 10 Cloverfield Lane, which I’m pleased to see has made over $100 million on a $15 million budget and is a bit like the nightmare version of Unbreakable Kimmy Schmidt—both perhaps good prep for the future).

Who has time nowadays for a 50-year plan for, say, re-popularizing the classics of Western literature or even a 20-year plan for deregulating telecommunications? Anyone who tells you they can plan for a generation hence these days is lying or deluded.

And this is too bad even for us radical-sounding anarcho-capitalists, since some of us had a few conservative instincts and really did want a slow, gentle conversion of the public through respectful dialogue, over the course of several years, instead of a panicked attempt to resolve all political issues quick quick right now before Trump takes office and ISIS gets us and the Federal Reserve system collapses and oh my God here come the robots, etc.

But tomorrow night, I will at least lead a calm, salon-style discussion of my book on libertarianism—and on the political implications of our changing times—that may in its small way replicate the reasoned, unhurried discourse of a lost era. By which I mean like 1997 or so.

Then again, a heroic, decidedly non-conservative libertarian, the abolitionist William Lloyd Garrison, was probably onto something when he warned, “Gradualism in theory is perpetuity in practice.” We may at last be nearing the final round, and I hope I’m not wasting anyone’s time.