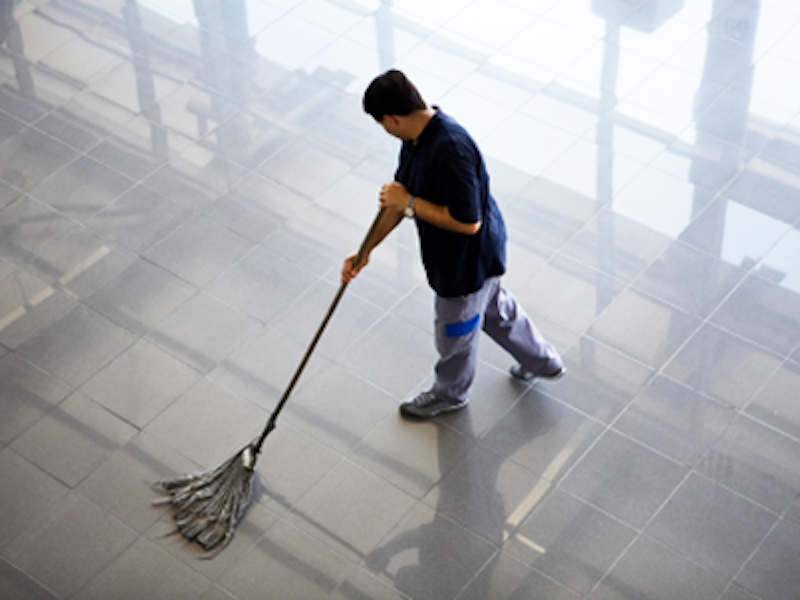 Some things you see on the Internet are reliable enough to take at face value, depending on the source, and then there are the "spinners," that have an agenda. It doesn't take long to spot them. Just look for their specialties—oversimplification or downright misinformation. Some of their claims just set your bullshit detector off, like this tweet that I read yesterday: "Liberal UC Berkeley forced to lay off 500 janitorial & food service jobs cuz of minimum wage hike. Pretty funny." It linked to an article from the conservative website Townhall.com by Justin Holcomb with the headline "UC Berkeley Forced to Cut 500 Jobs After $15 Minimum Wage Hike."

It looked fishy right away. That's a lot of janitors and food service employees for one university to lay off due to the "$15 dollar minimum wage," plus the tweet's author is one of those spinners: ultra-conservative talk show host and former congressman Joe Walsh. Here's the first sentence: "The $15 minimum wage hike in California has sent financially troubled UC Berkeley into decision making mode, and 'the people who clean buildings, who work in food services or health clinics,' says Todd Stenhouse, will be the ones without a job."

Let's break this down. Todd Stenhouse, though Holcomb conveniently neglects to identify him, is the spokesman for the American Federation of State, County and Municipal Employees, a union representing workers at Berkeley. The quote Holcomb cited was a truncated one. Stenhouse actually said, "My concern... is that UC Berkeley is going to start cutting the people it can ill afford to lose—the people who clean buildings, who work in food services or health clinics.” Remove a couple of words and do a little strategic paraphrasing and you've misquoted a union leader talking like union leaders talk.

As it happens, the low-level jobs are not the only ones targeted. The San Francisco Chronicle reported that UC Berkeley will eliminate 500 staff jobs over the next two years, and that Berkeley employs 8500 staffers, from janitors to administrators. Some in the residential student services have already been informed to prepare for layoffs. So now we know that job losses will not be confined to janitors and food service workers, despite Walsh's bogus claim. Berkeley Chancellor Nicholas Dirks said that a 500-person staff reduction would amount to a three percent job cut per year over two years, and that part of it would be done by attrition.

As for the $15 minimum wage law being behind all "500 layoffs," California's current minimum wage is $10/hour. Under the state's new $15/hour minimum wage plan, that will rise to $10.50 next year, and $11 in 2018. In other words, the "$15 minimum wage" that's killing all these jobs over the two-year period will actually amount to a $1 minimum wage increase over that period.

Both Walsh and Holcomb want us to believe that job losses at "liberal" Berkeley are a direct result of California's new minimum wage plan, as this supports their conservative economic theories, but the actual direct reason is that UC Berkeley has been hemorrhaging money for years. Now, faced with serious budget problems, the university has to make cuts, which entails a staff reduction that would’ve been necessary regardless of the minimum wage. The fact that the staff reduction is coming close on the heels of the new minimum wage plan presented a cheap way to link them directly, and Walsh and Holcomb jumped on it.

Holcomb cherry-picked some information from a situation that's been developing for years due to tuition freezes and decreasing state appropriations, and distorted it. Then Joe Walsh cherry-picked him to craft a real whopper of a tweet, packing more misinformation into one sentence than I thought was possible. That's the Internet game, and it's an easy one to play. Plenty of conservatives trust Walsh, and they're now shaking their heads over the predictable results of the $15 minimum wage in California and talking about the dumb liberals. The ones who bothered to click on the Townhall article just got a little extra misinformation, including a photo of a janitor.

I won’t ask Walsh why he takes the low road like this: waste of time. He's not a straight shooter. But I would like to ask him why he thinks this situation is "pretty funny." Who's laughing?