He criticizes journalists quick to bury Shaun King, but is guilty of similar offense. 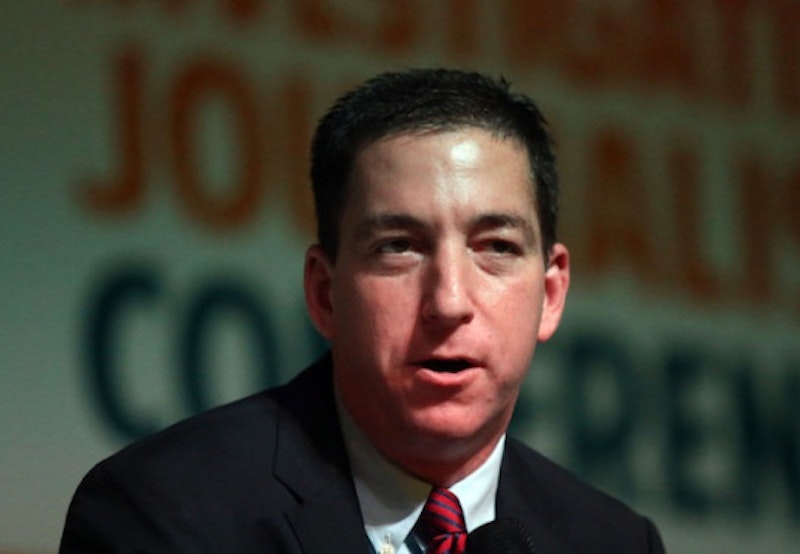 New York Daily News criminal justice writer Shaun King was back in the hot seat on Tuesday when his column quoted large chunks of a Daily Beast exposé article by Kate Briquelet, with no attribution or citation, on the death of a mentally-incapacitated man in an Oklahoma jail. Twitter lit up immediately, and at first glance it appeared King was in serious trouble.

I looked into it before re-tweeting anything that might incriminate King. It seemed unlikely that King would try to get away with something so blatant, especially since the controversies he's been embroiled in have put his work under the microscope. I doubt career suicide is on his agenda.

It didn't take too long to figure out that the culprit was King's editor—CNN Money reported it was Jotham Sederstrom—who the New York tabloid promptly fired for removing King's credits to The Daily Beast from his column. Inexplicably, several Daily Beast writers, including senior editor Justin Smith, who know how the editing process works, went on Twitter to call out one of their journalistic brethren as a plagiarist. King's unequivocal Twitter reply: "By in large [sic], if you think I plagiarized anything you can kiss my ass."

The Intercept's Glenn Greenwald wrote a good piece on the Internet mob mentality, citing the fact that a few accusatory tweets multiplied geometrically as they got re-tweeted, even by other journalists. Greenwald rightly called the Daily Beast people out for not even bothering to call King to get his side of the story. They didn't even call his editors. The Daily Beast's Executive Editor, Noah Shachtman, who accused King in several tweets, wouldn’t tell The Intercept if The Daily Beast had contacted anyone at the Daily News, and even refused to divulge Justin Miller's email address so they could ask him if he had. That's hardly the way for a publication counting on public trust in its integrity to behave. In fact, it makes them look irresponsible, especially in light of the fact that King posted time-stamped emails he'd sent his editors containing full attribution and citations.

Greenwald allowed that many of the journalists involved were "good reporters and know better," while making the astute observation that there's something about Twitter that compromises people's judgment. After all, none of finger-pointers would’ve made such tawdry accusations in their own publications. Greenwald quoted online mob member and Vocativ deputy editor Erin Gloria Ryan's sarcastic, now deleted, tweet: "I guess journalism school *IS* important." If it's so important, why were so many journalism school grads blithely violating the most basic ethical tenets of the trade?

Greenwald’s analysis of this latest example of how otherwise respectable people use Twitter to destroy others is accurate, yet he neglects to mention that prominent author and New Atheist Sam Harris accused him of acting in the very same manner several years back when he re-tweeted a meme with a quote taken out of context from Harris' book and added this comment: "Harris defenders this isn't a rational thinker, this is a genocidal fascist maniac."

Harris makes a good case in supporting his assertion that Greenwald knew very well at that time that he's not really a genocidal fascist maniac—good enough to demonstrate that Greenwald intentionally defamed him. Greenwald, however, never acknowledged this, slithering out of the accusation by claiming his re-tweet should not be considered an endorsement. While this defense is valid in some situations, it doesn't apply here. Not when you're using incendiary language against an individual you don't like. Greenwald did exactly what he's now accusing others of doing. He certainly didn't call Harris to get his side of things. In his Intercept article he asks, "Why should journalistic standards disappear just because reporters are voicing accusations on Twitter rather than in a stand-alone article? The accusations are just as damaging, if not more so, given how easily they can spread and how impervious they are to corrections."

How can you write that when your re-tweet calling a fellow writer a genocidal fascist has now been seen by millions who’ve no idea you don't actually believe this? Greenwald finishes his column by calling online platforms "potent weapons" with the potential to produce "reckless, destructive outcomes" which require "great care," but he's guilty of ignoring all his own advice.