Transracial Is Not the Same as Transgender 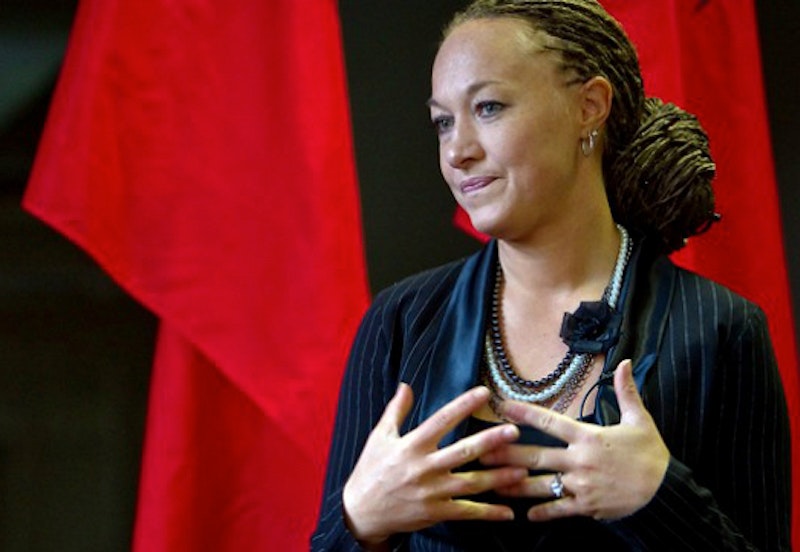 After months of discussing police brutality against African-Americans in the mainstream media, race has once again re-centered around the experiences of white people. Rachel Dolezal, head of the Spokane chapter of the NAACP and a professor in the African-American Studies department at Eastern Washington University, has come under fire after revelations that the white woman has misrepresented herself as black for at least a decade. While the outrage is certainly understandable, much of the dialogue isn’t productive or illuminating.

The timing of this controversy is unfortunate. An astounding number of commenters have drawn connections between Dolezal's conscious fraud and the recent public disclosure of Caitlyn Jenner's gender identity.

The issue may seem complicated, but it really isn't. Accepting transgender people as the gender they identify as doesn’t mean we must accept anyone who claims an identity they were not assigned at birth. Race is not gender. Race is hereditary, while gender is a complex concept involving one's identity and the way someone feels on the inside.

Claiming to "feel" black as Dolezal does is a function of white supremacy and isn’t particularly new. During the Harlem Renaissance, a number of individuals, mostly women, considered themselves "voluntary negroes." What makes this meaningless is that black identity has a distinct history of marginalization and threats of violence associated with it. The mere fact that a white person claiming black identity can return to his or her white status along with all of the associated perks and privileges at any time voids any professed understanding of blackness and what it means to be African-American.

Transgender people do not have a choice. If they transition, it’s to feel closer to what their actual identity has been since birth. Equating the two is offensive and shows a lack of understanding of both race and gender. They have completely different histories and cultural and social implications.

Some have expressed sympathy for Dolezal, reasoning that anyone who would carry on this sort of charade for so long must be mentally disturbed. But she’s fully responsible for her actions as an adult. Co-opting a black identity in order to gain access to black spaces is yet another part of white supremacy. She's not conducting herself in this way because she honestly "feels black,” but because as a white person with a serious black culture fetish, she thinks she deserves room in these spaces. In a few weeks, the name Rachel Dolezal may no longer be in the public consciousness, but white people will, by and large, continue to feel entitled to every part of the black experience aside from the actual oppression that faces actual black people.