A 16-year-old does three years without a trial. 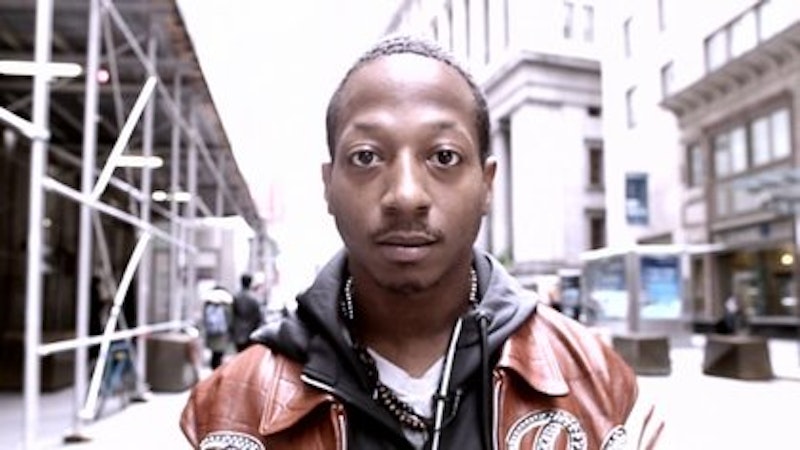 Imagine the following scenario: A 16-year-old boy—a high school sophomore—gets arrested for stealing a backpack. He's sent to prison and proceeds to rot there for three years without a trial. During this time, when his friends were finishing up high school and moving ahead with their lives, this kid is repeatedly beaten by guards and other inmates and spends two of the three years in solitary confinement. He refuses to take a plea deal, which would’ve released him, because he's innocent and wants a trial. Finally, prosecutors concede defeat, the charges are dropped and he's released.

What kind of backward country would treat teenagers in such a brutally unjust manner? Saudi Arabia, where you get a thousand lashes for blogging about Islam, or Uzbekistan, where they can throw you in jail on a whim with some trumped up "conspiracy" charge? No, it would be the United States.

This nightmare happened to Bronx native Kalief Browder. The jail he was thrown in for the alleged backpack theft—which he denied—is New York City's Rikers Island, sometimes referred to as the "Bronx Gulag." The reason why he spent three years in this hellhole is that his family couldn't make the $10,000 bail to spring him. They couldn't afford justice.

Browder attempted suicide several times at Rikers. A couple of years of solitary confinement, having meals handed to you through a slot in your cell, and mice crawling on your sheet while trying to sleep at night, and you start looking for any way out. Solitary confinement is torturous, and it's especially traumatizing to a 16-year-old mind, as mental health professionals know.

It was pretty much inevitable that Browder would end up in solitary once he arrived at Rikers. The large room he was housed in was run by a gang; one day a gang member spit in his face. If you don't retaliate for such an offense, you're seen in the jailhouse environment as a "bitch," and behind bars a bitch becomes a punching bag. Browder knew he had to take action to survive, so he socked the kid in the face later that day. He went to solitary for that, and several other incidents.

The problem at Rikers is, due to budgetary constraints in the Bronx—where Browder was charged—there’s a shortage of judges, public defenders and court time to process felony cases, causing a massive backlog. You want to avoid arrest on a felony charge in the Bronx if you won't be able to post bail, because the next step is Rikers.

Of course, Browder's extended legal (not legal at all, really) limbo at Rikers badly messed up his mind. Though he showed no signs of mental illness before his incarceration, he tried to take his life six months after he was released from the island. A reporter who visited Browder in the psychiatric ward of Harlem Hospital described him as "gaunt, restless and deeply paranoid."

Last April, Browder was arrested for disturbing the peace and resisting arrest. The charges, once again, appear sketchy. Being back in the New York criminal justice maw gave him flashbacks to his time on Rikers, but prosecutors went ahead with the prosecution, well aware of the price he had already paid for a "crime" they never even tried him for.

Browder hanged himself in the family home on April 5, 2015 at the age of 22. He finally found a way to avoid the clutches of the law. Why he felt he needed an air-conditioner power cord to escape more abuse by authorities in a country that has a Constitution which was written to guarantee citizens' freedom from government abuse is the question hanging in the air now.

Much the travesty of justice that was inflicted on Kalief Browder—and all the other inmates who experienced excessive waits for trials—can be blamed on former NYC mayor Mike Bloomberg. Bloomberg wasn't a big "Constitution" guy. I'm confident the Founders didn't want government regulation citizens' soft drink sizes, and I doubt they'd be too enamored with his "stop and frisk" police tactics. Bloomberg didn’t appear overly concerned about detainees' Constitutional right to a speedy trial or any cruel and unusual punishment his sadistic jailers on Rikers were inflicting on teenage detainees convicted of no crime.

Beyond Bloomberg, however, the abuse of citizens in the "Bronx Gulag" is reflective of an American criminal justice system that is broken, something you're much more likely to know from experience of you're an African-American and/or poor. Browder was both black and poor, meaning he already had two strikes against him as soon as he was arrested.

A look at the steps that led to Browder's tragedy provides an X-ray of the American criminal justice system, revealing a host of its flaws. He was arrested on flimsy evidence, and then got indicted on a felony charge by a grand jury. The indictment sealed Browder's fate, because he couldn’t make bail, which put him in Rikers for three years.

You may wonder why a 16-year-old was indicted on a felony charge for stealing a backpack. It's because New York (along with only one other state, North Carolina) mandates that 16-year-olds be tried as adults. Not having bail money put Browder at the mercy of over-zealous prosecutors, who constantly sought trial delays. Not being able to pay for a good attorney meant that fighting those prosecutors was a losing battle, which left him to deal with sadistic guards and vicious gang members.

If the U.S wants to lecture the world on justice it first must clean its own house. What happened to Kalief Browder is an embarrassment to the entire nation and should be used as a catalyst for reform. Justice just costs too much money in 2015 for many of its citizens.