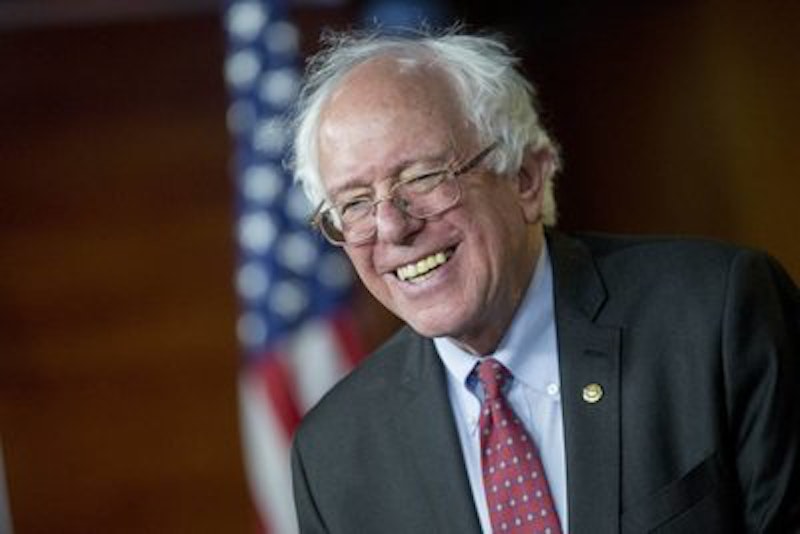 We now know why Martin O’Malley is running for president: Hillary Clinton is beginning to feel the whiplash of public opinion. Clinton’s favorability ratings are tumbling into the red zone and, just as O’Malley predicted, her inevitability would no longer be, well, inevitable. But Clinton, for now, is still the way to bet.

But before O’Malley can deal directly with Clinton, he has to figure how to get around Sen. Bernie Sanders—the Vermont independent Socialist who votes with Democrats—who’s occupying the space on the Democrats’ left flank that O’Malley envisioned for himself. Broadening the middle curb-to-curb is no easy job when both curbs are taken. (Former Rhode Island Republican governor, senator and mayor Lincoln Chaffee, re-born a Democrat, is also preparing to launch.)

Clinton’s tanking in the polls is driven by distrust and the appearance of dishonesty. Two corresponding surveys, The Washington Post and CNN, show that her unfavorable numbers are in the danger zone, above 50 percent, though she continues to dominate the Democratic scrum, mainly because of name recognition and the gender factor. The rule of thumb in polling is that any two reputable surveys conducted at about the same time will show essentially the same results.

In the Post poll, 52 percent of respondents say that Clinton is not trustworthy or honest while 41 percent say that she is. The CNN poll is an even worse report card: 57 percent say that Clinton is not honest but 42 percent say she is trustworthy. The Post survey also showed a dramatic decline in her general election prospects. In a hypothetical match-up with Republican Jeb Bush, as yet unannounced, she led 47 percent to 43 percent, striking erosion from her 12-point lead in March. Here’s the alarm bell in those numbers: Clinton’s four-point lead over Bush is well within the six-point margin of error in the Post poll. In other words, they’re about dead even.

Both polls reflect the death by a thousand cuts nature of the controversies swirling around Clinton—her personal email accounts while secretary of state, the bloviated durability of the Benghazi story and, most lethal of all, the murky fundraising practices of the Clinton family foundation. In each area, respondents in the Post poll registered strong disapproval as well as legitimacy as campaign issues.

And here’s the cropper for O’Malley: Sanders, a candidate for less than a week at the time of the CNN poll, clocked in at 15 percent approval while O’Malley registered at only three percent after months of presidential talk and travel and eight years as governor of Maryland. Sanders, without missing a beat, appears to have claimed the populist wing of the Democratic Party whose hearts were going pitter-patter for Sen. Elizabeth Warren (D-MA). In a word, Sanders appears authentic. He was a populist before the word gained currency.

Sanders is wowing audiences wherever he speaks and the crowds he’s drawing are far greater than those O’Malley attracts. Sanders’ fundraising is impressive as well, flowing in steadily in small contributions averaging about $40, according to his accounting. Whether Sanders has the staying power to go the distance is an open-ended question.

For Clinton, the memo is that dishonesty and untrustworthiness go directly to the issue of character. Her evasiveness and stubborn refusal to meet with the press underline the suspicion that she has something to hide. Her campaign lacks the kind of spontaneity that resonates with voters. But it’s the Clinton family foundation, for all the good that it might do, that is beginning to reveal a sleazy aura that is dragging down her candidacy. The Clintons, like the New England Patriots, make up their own rules and then protest when they get caught.

O’Malley, by contrast, is a blank slate at the national level who is trying to chalk in space on the left that is crammed nearly shoulder-to-shoulder by both parties in the contest to enlist underdog constituencies. O’Malley has a progressive record as governor and mayor of Baltimore that is punctuated with some notable failures and questionable results as well.

His “zero tolerance” policy for low-level crimes as mayor is being criticized although with the recent killings and gunplay on Baltimore’s streets the stern approach might gain renewed favor. And his disastrous handling of the health care exchanges has brought into question his vaunted statistical approach to his management style of governance, although he did recover and repair the damage. O’Malley’s tax policies are also blamed, unfairly, for the defeat of his understudy, Lt. Gov. Anthony Brown, in last year’s gubernatorial election. (The contrary shorthand explanation is that Brown was a terrible candidate.)

In his embrace of populism, O’Malley has deliberately fashioned himself as an outcast on Wall Street, almost as a member of the Occupy Movement all scrubbed up and in a suit and tie. His campaign meme sounds like a continuous loop of the CEO of Goldman Sachs, Lloyd Blankfein, saying he would be fine with either [Jeb] Bush or [Hillary] Clinton as president.

“Well, I’ve got news for the bullies of Wall Street: The presidency is not a crown to be passed back and forth by you between two royal families. It is a sacred trust, to be earned from the American people, and exercised on behalf of the people of the United States.” Translation: Follow the money and it leads to a yellow brick road between Wall Street and Clinton’s campaign headquarters.

Polls at this stage are inconclusive and not predictive. They are more of a window on the minds of the voters than an x-ray of the candidates. Polls are also political guidebooks for candidates to follow in a general way. They are telling O’Malley that he may have a long distance to go but he’s on the right page.