“The left is fighting a fight transgender people don't want.” 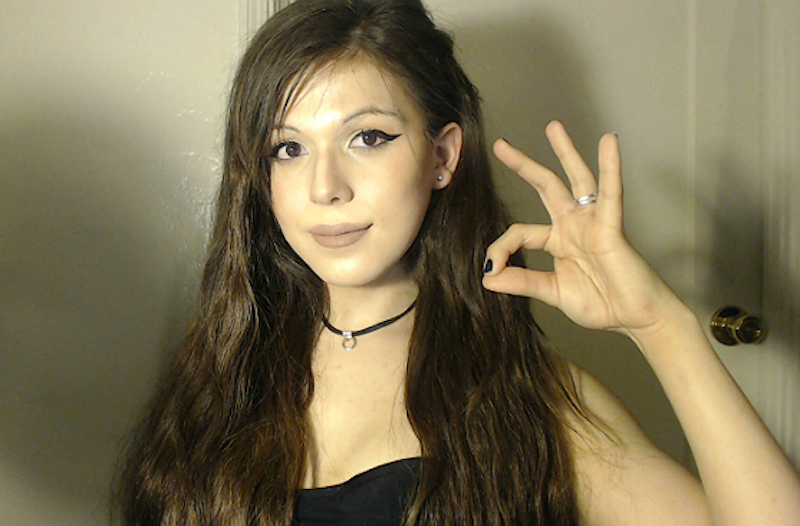 YouTube personality Blaire White believes that being transgender is one aspect of “what” you are, not “who” you are, because it's something you're born with, not an accomplishment. The 22-year-old social critic feels if you're not interested in dating “a tranny,” it doesn't mean you're transphobic. Rather, it means you have a biological preference that a transgender person doesn't happen to fit. White also tells trans people, who make up a small percentage of the population, that they can't expect the rest of society to adapt to them, pointing out that people born with only one leg, or deaf, have no expectation of being catered to.

Just the narrow views of the intolerant right, some might think, but Blaire White is a trans woman. This isn’t the sort of plain talk you’d expect from an outspoken trans woman assigned male at birth. Dave Rubin recently interviewed Blaire White on his Rubin Report show, prefacing the talk with opening remarks on the pivotal North Carolina bathroom issue he described as “the outrage of the month.”

Various high-profile celebrities cancelled shows in the state in what Rubin characterized as “virtue signaling,” punishing all North Carolinians, regardless of their stance on the issue. He spoke of how transgender people had used the bathroom of their choice for years without problem, adding that the new law was more “moralizing” than necessary legislation. President Obama then responded with a federal directive that Rubin thinks may be in violation of the Tenth Amendment, which stipulates all powers not specifically designated to the federal government shall fall to the states. North Carolina essentially passed an unnecessary law that backfired by opening the door for a federal power grab, a lesson in the absurdity rampant in current political discourse.

White discussed the gender dysphoria that prompted her to initiate the male-to-female transitioning process. Offering a controversial viewpoint, White said she doesn't believe all adolescents experiencing dysphoria should necessarily undergo a gender transition, citing the high suicide rate among transgender people even after they've transitioned.

When Rubin asked White when she realized that activists on the left had derailed on the trans issue, she pointed to the case of 46-year-old Canadian Stefonknee (née Paul, pronounced like “Stephanie”) Wolscht, a father of seven who left his family in order to transition to his “true identity” as a transgender six-year-old girl. The former mechanic now spends her days “playing and coloring with her adoptive parents’ grandchildren,” according to media reports.

White thinks (although it's not proven) that Stefonknee is a “degenerate,” and is critical of the left-leaning media who described her journey back to childhood as “brave” and “amazing,” instead of asking why she wasn't getting psychiatric help. She dislikes that the media and the left push an agenda-driven narrative of what it's like to be transgender, and she's “sick of ‘social justice warriors’ having a monopoly on anything trans.”

White seems destined to be the new Milo Yiannopoulos to progressive champions of trans people—a genuine thorn in their side. Her message that “They're screwing over the people they claim they're defending, who they're co-opting” is one that can't be easily dismissed, given that she lives an actual transgender life. What’s refreshing about Blaire White is that she says she's speaking only from her point of view, while most trans activists claim they speak for an entire community. Unlike them, she also has a sense of humor.